While people who fled from the fighting in the Swat Valley begin travelling back to their homes, another conflict in Pakistan is often overlooked.

The south-western province of Baluchistan makes up nearly half of the country. It’s capital Quetta is synonomous these days with al Qaeda and Taliban leadership. It shares a border with Iran and Afghanistan, and the ongoing conflict led by Baluch nationalists seeking autonomy or secession will have you dusting off your history books on the days of the British Empire.

Baluchistan is rich in minerals and natural gas. That’s attracted investment from China but also fueled the grievances of Baluchs who say their province sees nothing of the profits.

Robert Kaplan’s recent article in The Atlantic offers plenty of insight into the development of the Arabian sea port of Gwadar and why it’s highly valued by Pakistan.

Meanwhile, freelance journalist Karlos Zurutuza has just returned from Baluchistan. He’s made several reporting trips into Kurdistan to cover fighting between the PKK and Turkish forces over the past couple of years, so I wasn’t surprised when he wrote to me describing how he managed to make contact with a group of Baluch guerillas.

At 12.00 at night I was sitting inside a pickup truck driving across the Baluch desert with my eyes bandaged. Two hours later I met the guy who took me on a 5 hour night hike in the mountains. By 6.00 am I was up there, looking at masked guerillas praying towards Mecca. I was exhausted, almost dehydrated, but happy.

Karlos added that he spoke with several Baluch leaders and was able to gain a rare interview with Khair Bux Marri, head of the Marri tribe. 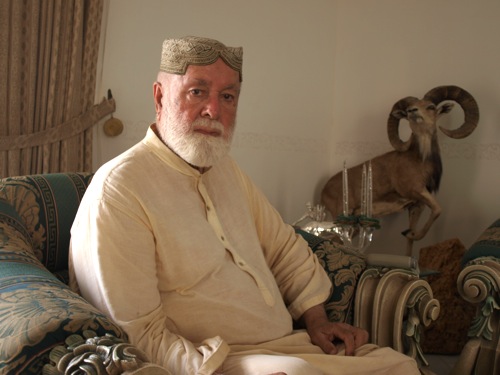 I asked Khair Bux Marri whether it was realistic to fight against the Pakistani Army, one of the biggest armies in the world. He replied that, so far, ‘death was the only alternative to slavery’.

I’m looking forward to Karlos’ features and photo-essays on Baluchistan.