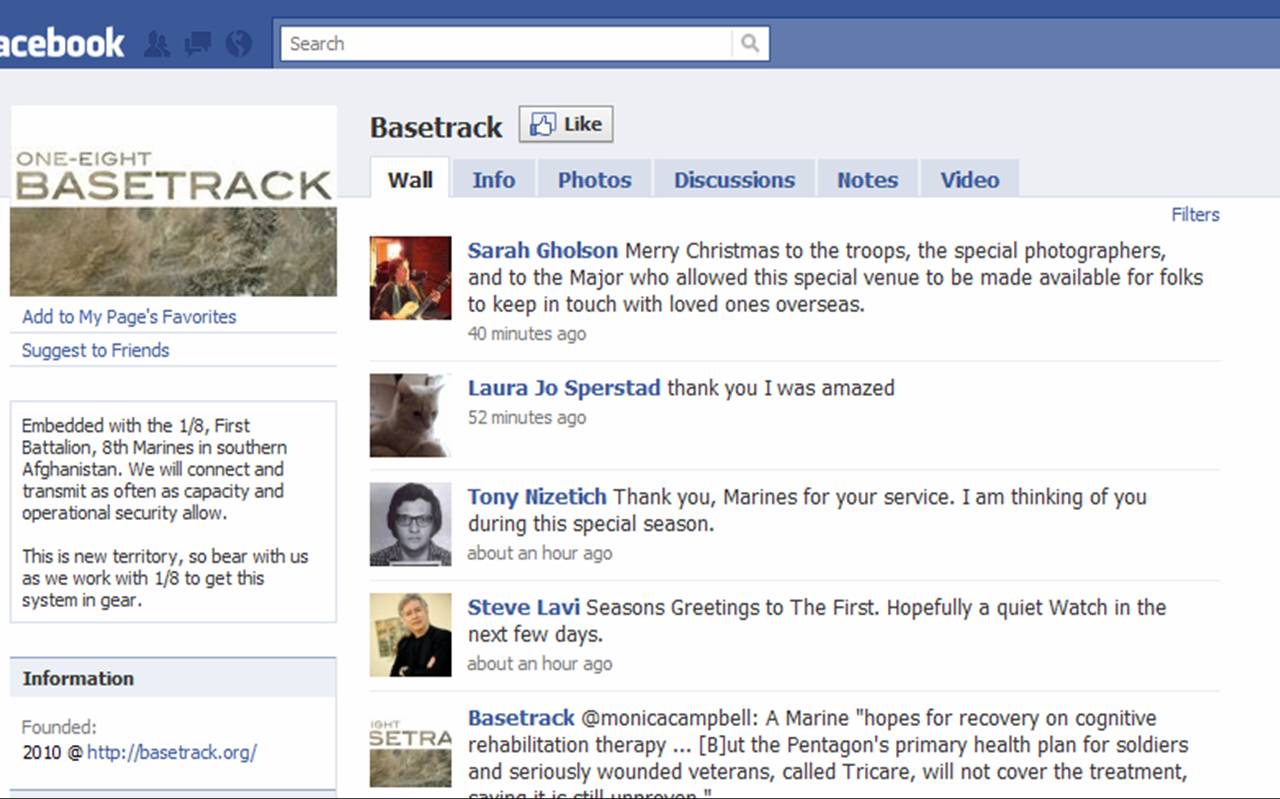 Teru Kuwayama is embedded with the U.S. Marines in Afghanistan, but he’s not there with a traditional media organisation. He and a team of photographers are using funds from a Knight Foundation grant as part of an experimental project covering 1/8 battalion’s deployment in Helmand province.

The team’s photographs and material relating to the deployment of the Marines are published on a WordPress-powered website and pushed through a Facebook group.

On the group, friends, family and interested parties can comment on the photos. In an interview in the New York Times, Kuwayama says the project creates a:

"pipeline between 1,000 Marines working in very austere, isolated conditions in southern Afghanistan and connect[s] them to their mothers, their fathers, their wives, their girlfriends, their husbands and their kids."

Because of difficulties transmitting photographs from some parts of Afghanistan, Kuwayama notes that the project has come to rely on the collaboration of those connected with the Marines who create and post their own content.

A "network of technologists, analysts, artists, and journalists" also contribute context about the war in Afghanistan. One of the aims of the project is to demonstrate and develop an open source web-based system called Basetrack which can be used to support reporting projects.

Asked whether this is the new journalism, Kuwayama replied "it’s a question of how you define journalism. You constantly hear these lamentations about the death of journalism. It doesn’t look like that to me. It looks like the birth of journalism".