Climategate: Trust in climate science under the microscope 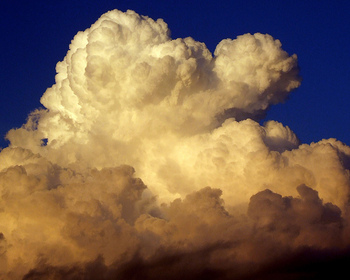 When Al Gore’s film An Inconvenient Truth was released in 2006, global warming and climate change were at the top of the news agenda around the world. Gore and the Intergovernmental Panel on Climate Change (IPCC) were rewarded with the Nobel Peace Price for "their efforts to build up and disseminate greater knowledge about man-made climate change".

But since then, the doubters and sceptics have raised their voices in opposition. In 2009 the IPCC was in the process of producing the Fourth Assessment Report, together with researchers from the University of East Anglia’s Climatic Research Unit (CRU), when a number of e-mails (some of which are to be found in a report here) between the IPCC and CRU were released online, causing something of a scandal.

When the emails were leaked on November 19, a media uproar began over what was going on behind the closed doors of the IPCC and CRU, now referred to as "Climategate" (see the BBC’s coverage here).

The e-mails raised many questions and much criticism. Climate critic Steve McIntyre, editor of the Climate Audit site, said:

Much recent attention has been paid to the email about the ‘trick’ and the effort to ‘hide the decline’. Climate scientists have complained that this email has been taken ‘out of context’. In this case, I’m not sure that it’s in their interests that this email be placed in context.

Supporting McIntyre is a group of sceptics claiming the IPCC’s research is without enough scientific foundation.

In some of the leaked e-mails, it seemed like the statistics produced for the report were manipulated – tweeked and twisted so they would prove the scientists had predicted (check out this blog post from Brian Sussman, author of Climategate):

For guys like Hansen and Jones [from CRU], global warming has to be real because the acquisition of indescribable amounts of money and authority are at stake for so many.

Criticism has also rained down on CRU director Phil Jones (read this BBC Q&A interview with him), who wanted to keep data and e-mails out of the public eye.

Arguing in the CRU’s corner, Dr Joseph Romm, who runs Climateprogress.org, said that ignoring IPPC’s scientific findings because of "one error in nearly 3,000 pages… would be unfortunate".

The Climategate scandal leaves us with many questions: who to trust, what science is and what role politics and money plays in research.

Join us at the Frontline Club on May 18 to discuss this and more with in association with Julian Rush, science correspondent, Channel 4 News, and others. In association with the Global Campaign for Climate Action and Communications INC. To book tickets click here.