I have been reporting lately a lot —too much unfortunately— about cases of child rape. Granted, not the easiest topic to launch this blog on, but it’s been on my mind. As a reporter, I am careful not to be a fear-monger. As a descendent of a long line of jurists, I am all too aware of the many flaws of crime reporting and of the dangers of emotional, knee-jerk reaction to horrendous wrongdoings.

But then I end up in an isolated village in Cambodia’s Pursat province, and I report on this: two cousins, 11 and 14, are raped, badly beaten up and left dead, hanging from a tree in the forest. After a limited police investigation, the bodies were cremated less than 24 hours after they were found. That was in early January; with each day the hope wanes that justice might be found for them. Nai Vinn, 11, and Phal Sophoeun, 14. 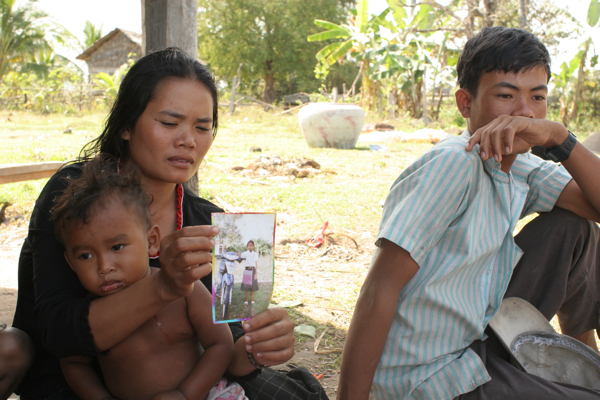 Child rape is a plague in Cambodia. It is a monster born out of misery and impunity. There are no national statistics but consider this: In its 2008 report, local human rights group Adhoc found that two-third of rape cases reported to it are of minors. Adhoc also said rapes were down, but increasingly violent and increasingly affecting children. And, anecdotally, nobody I’ve interviewed about this had encouraging things to say.

I’ve assembled with my own statistics yesterday, looking through our newspaper’s archives, only for the start of 2009. Here are the figures: 14 victims, two of them dead. Victims between 20 months and 14 years old. Ten are girls, four boys. Often victims of a same rapist are related, and victims of another relative or neighbor. Suspects between 20 and 75 years old: a teenage babysitter, an elderly tourist, a mentally ill man, a recidivist just out of prison, a drunk, a police officer. These are only reported cases; those that make it out of the mouths of children, to NGOs, to police and eventually to the newspaper, only in provinces where we have a stringer to alert us to them. Those are cases that happened in 2009; I did not count follow-up stories and cases where we find out just now about crimes that occurred in years past.

Fourteen victims in less than two months in a country of 14 million is a bare minimum. I also haven’t closely studied the statistics of other countries and don’t know how that compares. But I’ve never worked in a newsroom where we have to report on a new child rape victim every four days.