Charlie Hebdo attacks: “Blasphemy is a fundamental prerequisite of revolution”

Despite the attacks on Charlie Hebdo apparently being motivated by the blasphemous nature of some of their cartoons, the preservation of the freedom to blaspheme is vital, argued Maajid Nawaz, formerly a leading member of a global Islamist group and co-founder and chairman of Quilliam, a counter-extremism think tank.

“Blasphemy is one of the most fundamental prerequisites for any form of revolution,” said Nawaz, citing Galileo, Darwin, Martin Luther and Mohammed as examples. “In all four cases, blasphemy was in the eye of the beholder, and that’s all that blasphemy is. Without it, mankind would not have intellectually progressed.” 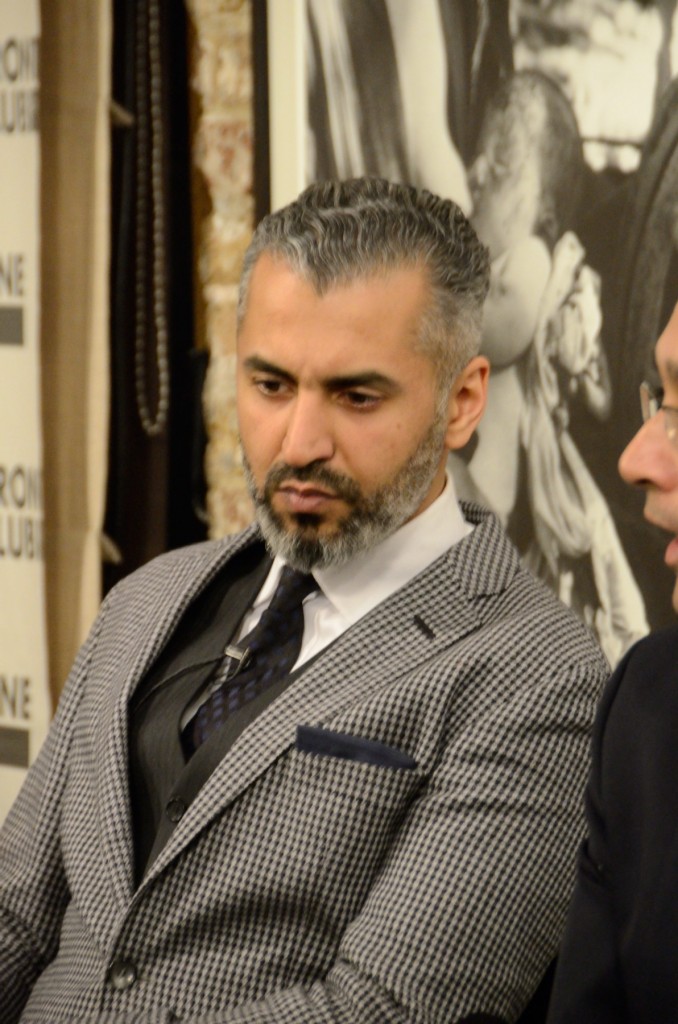 “We must not censor ourselves in a mindset where blasphemy is banned… We don’t want to live in that kind of world, certainly not in Europe.”

Nawaz stressed how important it is to distinguish between criticism of an ideology and prejudice against individuals.

“No idea should be above scrutiny,” he said. “But that’s very different from saying a people should be below dignity.”

Those who stand up for these ideals, particularly in countries where such freedoms are oppressed, should be given our wholehearted support, said Nawaz.

“It is not good enough to say we have the right to scrutinise everything but others don’t,” he said, highlighting the case of Raif Badawi, co-founder of online discussion forum Saudi Arabian Liberals, who has been sentenced to 10 years in prison, 1,000 lashes and a fine of 1 million Saudi riyals (about US$267,000) by a criminal court in Jeddah. “We have to stand on the line and start supporting Arab progressivism.”

Peter Neumann, founder and director of the International Centre for the Study of Radicalisation, warned that the response to the Charlie Hebdo attacks might not be wholly positive.

“I am concerned about the degree of polarisation that [the attacks] may cause in European society,” he said. “That will perhaps empower the far right, not only in France but in other European countries. All this has happened at a very vulnerable moment in our societies”. 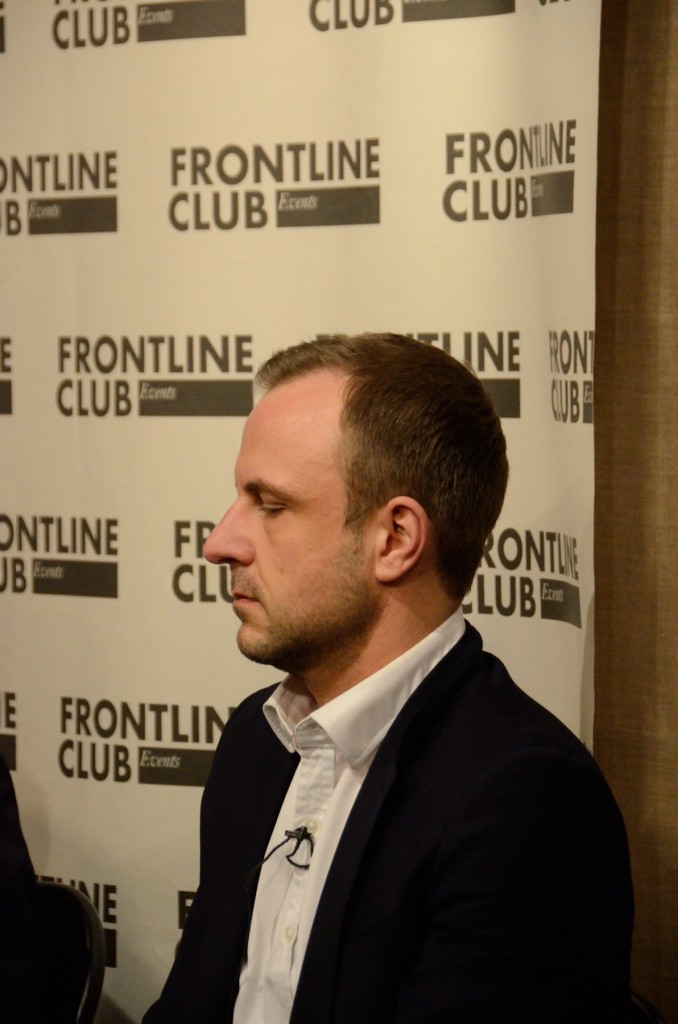 Neumann also warned that governments might not respond in the mature, constructive way that proponents of liberty and free speech might hope.

“I fear that politicians will retreat to one of two comfort zones,” he said. “Either more law or more war. More law means more profiling, more stop and search. This doesn’t help. It makes things worse. Or more war. But you can’t fight your way out of this problem.”

“The other comfort zone is the George Galloway model: burying our head in the sand and saying there is no problem with Islamic extremism and that it’s all to do with foreign policy.”

Nougayrède, warned against the continued use of a vocabulary that revolves around war and echoes George Bush, who on 20 September 2001 coined the phrase ‘War on Terror’, an idea that was later used to justify US-led international interventions in Afghanistan and Iraq.

“Two days ago, the French president said that France is at war with terrorist Islamic fundamentalism,” said Nougayrède. “I feel uneasy with the use of the word war… France cannot be at war with any part of its own population.” 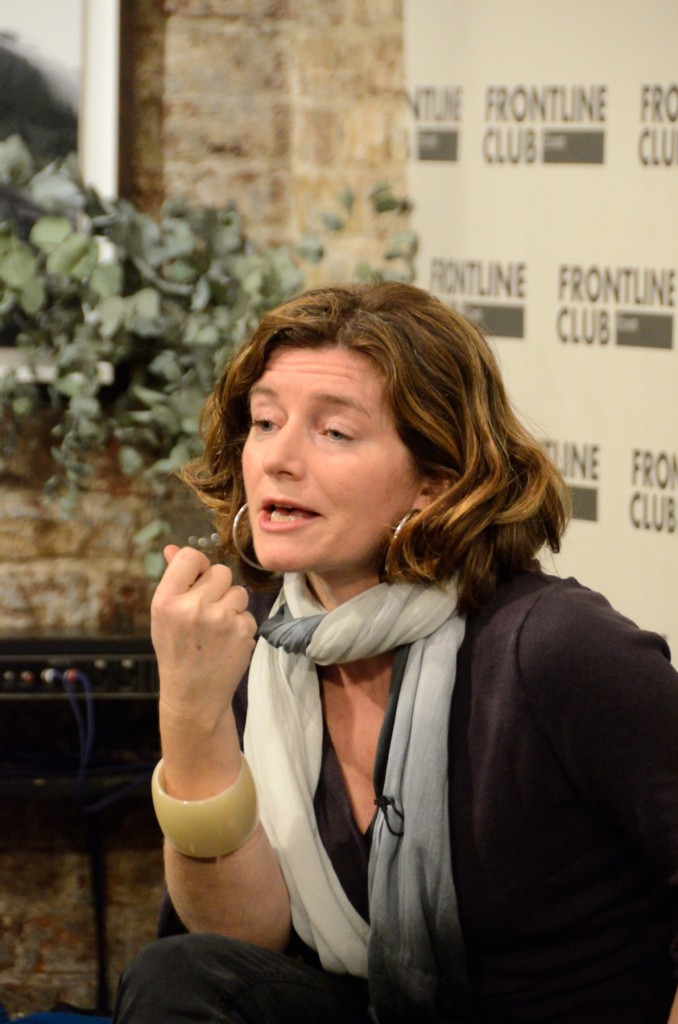 The Charlie Hebdo attack and its aftermath reveals identity issues within French and European society, said the panel.

Nougayrède pointed out that when teachers in one French classroom tried to hold a minute’s silence in memory of the victims of the attack, a third of them refused.

“There’s a very big confusion,” she said. “There needs to be a lot of explaining.”

Nawaz agreed that although Britain and France have adopted very different policies towards Muslim minorities, both have problems, and that even in Britain there is a “huge problem with integration”.

“We are suffering an acute identity crisis across Europe,” said Nawaz. “I want to see a new social contract with a European-wide identity.”

Answering a question from the floor, the panel sought to address the controversial question of why religious extremism is disproportionately associated with the Islamic faith.

Nawaz suggested that there are “problematic scriptures that most Muslims haven’t come to terms with that Christians had to a long time ago.”

Nesrine Malik, a Sudanese-born writer and commentator focusing on Middle Eastern politics and minority matters in the UK, said that Islamic fundamentalism arises for “different reasons in different environments,” but that it always comes down to political differences.

At root, argued Malik, militant Islam has arisen partly because of the radicalisation of the Islamic faith by religious and political leaders.

“If I were to draw a line I would draw it back to the religious environment in the Middle East,” said Malik. “The very extreme rhetoric that is imbibed on a very casual basis is alarming.

“It is part of media messaging, education, religious messaging. It is hardwired…to see Islam as a safe place, as a source of legitimacy.

“Even though the attackers were French there is now a global network that communicates these thoughts very quickly.

“Middle East governments say that Islamic fundamentalism is under control because they have their own version of it. It’s like giving someone an inoculation. But of course you can’t control it.”

The failure of Middle Eastern governments to effectively represent their people is also a key factor, suggested Malik, as it encourages the substitution of religious militancy for political representation.

“There is a lack of representation of Muslims,” said Malik. “They grow up with no rights. They don’t feel represented. Everyone has a sort of cynical, almost mafia relationship with their government, which at the end of the day is not really about them.

“It’s a longstanding political tool to inflict terrorism on behalf of a religion when you don’t feel you have a representative government… When the state acts on your behalf, it’s not seen as terrorism.”

The panel was pessimistic about the prospects for an effective solution to the challenge of Islamic terrorism in the future.

“This will probably not be the last event like this in 2015,” said Neumann. “Parts of the jihadist movement have realised they can force the hand of the world’s most powerful people by having a knife and a camera.

“It is no longer about the number of people you are killing, but about the broader effect… This will pose an even greater political, economic, societal challenge to the whole continent.”