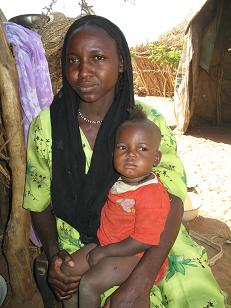 Aid officials in Sudan used to tell me their humanitarian operation was suffering death by a thousand cuts. They struggled to get personnel and equipment into the country, local staff were expected to inform on their employers, and NGOs were routinely smeared in the media. But still they managed to get aid to more than 4m people.

This week the aid operation was dispatched with a single, clean blow.

This is how Catherine Bragg, the UN’s Deputy Emergency Relief Coordinator, sums up the position now:

Thirteen international NGOs have now been expelled from Darfur, and another four national NGOs have had their registrations revoked.  This affects some 6,500  staff,  or  40%  of the humanitarian workforce in Darfur.  This will have devastating consequences for the 4.7 million conflict affected people, of  whom  some  2.7 million are IDPs.  The absence of these NGOs means that nearly  1.1  million  people  may  be without food at the next distribution time,  1.5  million are now without health care, and over one million could soon lose access to potable water.

Yesterday, I toured two camps outside El Fasher. They are home to more than 100,000 people. There were no NGOs moving at all. Hospitals, therapeutic feeding centres, administrative offices were all closed. Their staff had been told to stay at home.

Bank accounts have been frozen and computers seized.

UN officials are furious. They tell me the humanitarian operation was always going to be vulnerable in the week the ICC issued an arrest warrant for Bashir. Speaking about the ICC one told me, "It’s the ultimate act of Western self-indulgence."

Once again it’s the people of Darfur who are suffering.