Call for Entries for the Amnesty International UK Media Awards

The Amnesty International Media Awards were established in 1992 to recognise and celebrate the best in human rights journalism.

“An Amnesty award is a special honour, because it’s not only an acknowledgement of one’s journalism, but a way of upholding deeper principles. Freedom of expression is at the centre of Amnesty’s values, and it’s the essence of what we’re about as journalists.” Lindsey Hilsum, Channel 4 News (winner TV Documentary 1997, TV News 2004)

The 11 categories recognise newspaper, magazine, radio, TV, digital and student journalism. Each is judged by an independent panel. 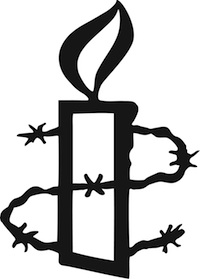 To encourage a wide range of award entries, Amnesty International has established a sponsorship fund to support a limited number of entries from freelance journalists and filmmakers as well as small digital and broadcast outlets.