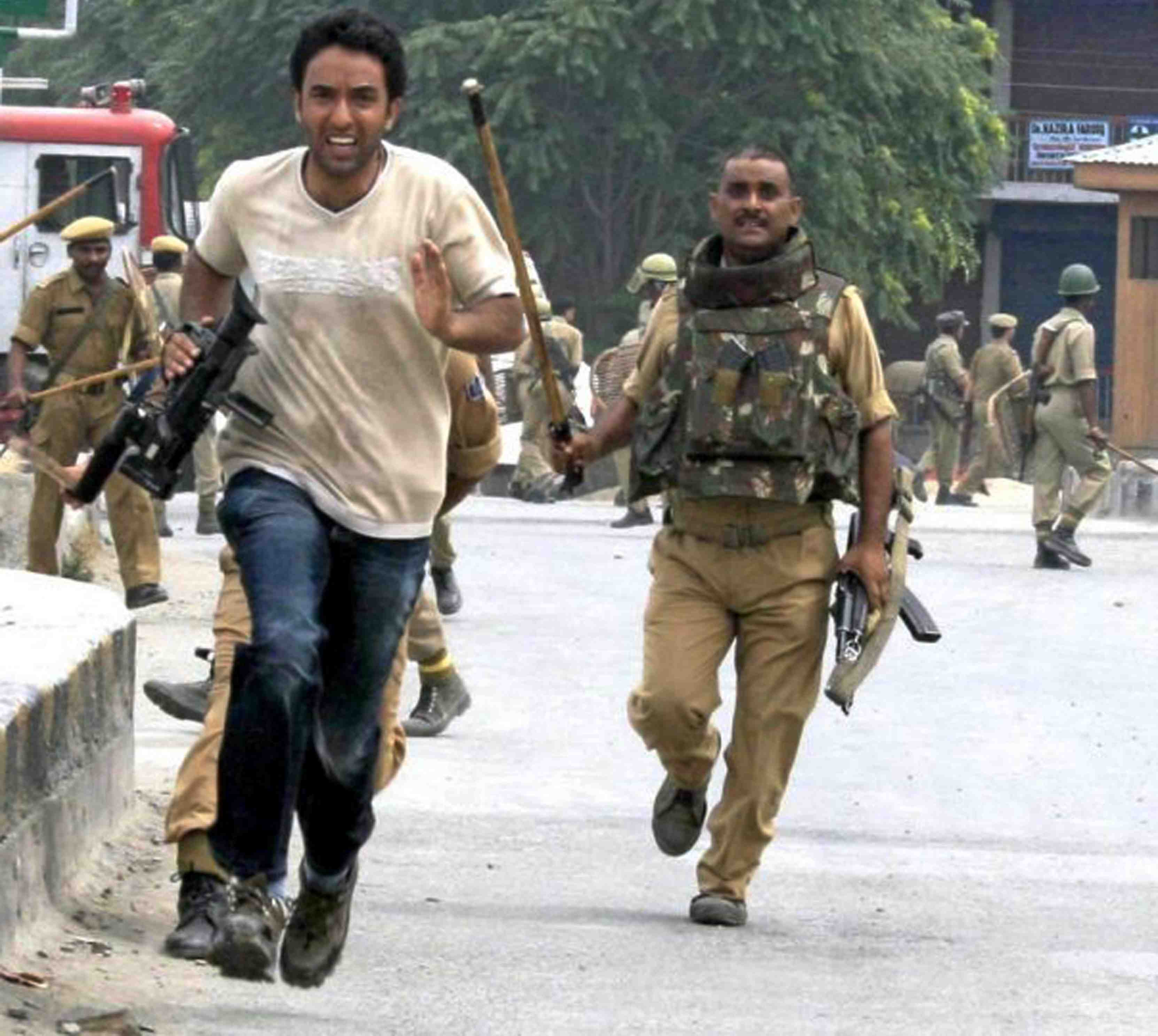 The tussle between the media, Indian military and police in Indian Administered Kashmir has run into decades now. Journalists are intimidated and harassed while doing their job in what is an extremely hostile environment.

At the forefront of this oppression are the photojournalists and camera crew of various newspapers and Channels whose presence is being frowned upon by the Indian troopers who accuse them of favouritism.

Their mode of protest being the boycott of coverage of any events being hosted by the Indian troopers or police. Farooq Khan, President of the Photojournalists Association here, said that presently they do not cover any event the Indian police organize after they used excessive force on them.

“We recently removed our boycott against the Central Reserve Police Force – the primary paramilitary force deployed in the Valley to tackle the insurgency, after they assured photojournalists of non intervention while doing their job."

Khan who has several times been subjected to beating said that we are more noticeable as we carry equipment along with us and the use of this equipment is not liked by the Indian troopers. Khan says that among the media fraternity working here the photojournalists and cameramen working with local and international organizations are more targeted as they are the first to reach the spot of any scene of violence, that takes place.

“A reporter or a correspondent is secure as he can gather information from sources, but we photographers are more exposed to the violence going around,” said Khan adding that in 2008 more than 15 photojournalists and camera crew of different channels were severely injured while covering the events.

In 2008 a cameramen working with a local cable channel, Javaid Ahmad Mir lost his life while doing the job of a journalist. With the loss of Mir the toll of media persons working in private sector during the two decade long insurgency here has risen to14.

Fayaz Ahmad a photojournalist working for International News Agency here says that their job carries an additional risk as that is why many have lost their lives while carrying out the work.

“One has not only to protect himself but the costly equipment he is carrying with him in situations that are beyond our control. The pictures or footage we capture cannot be denied and the troopers are aware of this fact that is why they hinder our work,” said Ahmad.

Raashid Wani a cameraman with the Indian owned media channel Shahra Samay was severely beaten two times while covering events last year in the city. Wani said that no action against Indian troopers or police involved in any repressive action against media is taken giving them a free hand to carry out more even though promises are made by the government authorities.

Narrating one of the incidents at Soura Srinagar in July 2008, where a routine protest against Indian police inaction was going on after a fire incident in one of Mosques, Wani said they were charged by troopers injuring him severely and damaging his video camera.

“After getting injured I was picked up by a team of firefighters who bundled me into a fire tender and took me to the hospital,” said Wani adding that after the incident he was assured of action against the Indian troops , but nothing concrete came out and in August 2008 he was again manhandled at Lasjan on outskirts of Srinagar city.

Mukhtar Khan who works for an International news agency says he’s been thrashed more than a dozen times. He feels that they are an easy target for the Indian troopers to vent their anger upon and sometimes people too get angry with them. “People too get infuriated with us. Accusing us of siding with the police or troopers,” said Khan adding that people also get angry if their pictures do not appear in the international agencies they work for.

The President of the Photojournalists Association said that their modest protest has very little effect on changing their working conditions.

Photograph of Indian policeman chase Raashid Wani a cameraman  working for an Indian owned media channel Shahra Samay who was severely beaten while covering events in the city.