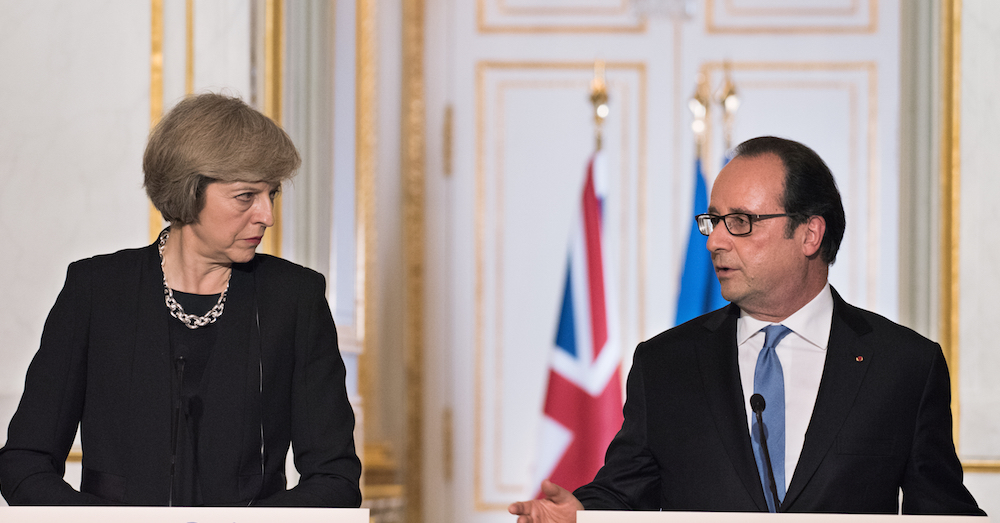 Breaking Point: The EU Referendum and its Aftermath

Into a year teeming with global volatility, David Cameron introduced another giant unknown, rolling the dice on Britainʼs most important economic relationship: its 43-year-old membership of the EU.

In European capitals this was seen as an existential threat to the entire European project, while Eurosceptics across the UK saw it as the perfect moment to pull up the drawbridge. The political establishment fired back with a barrage of government data, third-country endorsements and world bodiesʼ opinions, unsure whether these long-trusted political weapons weren’t firing blanks.

Prime Minister Theresa May has announced she will trigger the formal Brexit negotiation process by the end of March 2017. Drawing on analysis of official and off-the-record meetings with senior politicians as well as with ordinary voters, we will be joined by a panel of experts to discuss where post-referendum Britain is heading, how we got here, and what lessons might be learned.

Gary Gibbon is Political Editor of Channel 4 News. He has reported on UK politics for the programme since 1997, including fi ve general elections and major EU and G7/G20 summits. He won the 2006 RTS Home News Award with Jon Snow for revealing the Attorney-Generalʼs legal opinion on the Second Iraq War, the 2008 Political Studies Association Broadcast Journalist of the Year award, and the 2010 Royal Television Societyʼs Specialist Broadcaster of the Year award.

Bojan Pancevski has been covering Europe at large as the The Sunday Times’ European Union Correspondent since 2009. He travels extensively across Europe covering diverse issues ranging from the war in eastern Ukraine to Brexit. Currently, his reporting is focused on EU affairs, European politics and diplomacy, migration, terrorism and German politics. Prior to his present assignment he was covering Central and Eastern Europe, based in Vienna and Berlin.

Iain Macwhirter is the political commentator for the Herald and Sunday Herald. His latest book is Disunited Kingdom: How Westminster won a referendum but lost Scotland has been a best seller. His three part 2013 TV series “Road to Referendum” was nominated for a Bafta. A former BBC correspondent and political presenter, Iain spent nearly 10 years in the Westminster lobby presenting programmes including “Westminster Live” before returning to Scotland in 1999 to help launch the Sunday Herald and present BBC’s “Holyrood Live”. He has been a columnist for The Observer, The New Statesman and The Scotsman among other publications. He is the former Rector of Edinburgh University.

Anand Menon is Professor of European Politics and Foreign Affairs at King’s College London in the United Kingdom and was appointed in January 2014 as Director of the UK in a Changing Europe Initiative.