As the column inches fade, the survivors of last month’s earthquake in Haiti are still living hand-to-mouth, still displaced, and still mourning their loved ones – they must not be forgotten. The charity screening of ‘Ghosts of Cite Soleil’  – a documentary on Haiti, produced by, and starring Wyclef Jean aims to address this. A ‘raw, painful documentary’ [The Observer], the film takes a gritty look at the reality of life in the slums of Port Au Prince, Haiti’s capital.

The screening will take place at 2pm on 26th February at The Electric Cinema in Notting Hill Gate. The screening will be followed by a Q & A, hosted by a Film Critic, with discussions from an Aid Specialist, who has over 10 years of experience in humanitarian crisis zones, and a British Documentary Maker.

An estimated three million people were affected by the 2010 earthquake and the Haitian Government reports that between 217,000 and 230,000 people have been identified as dead, an estimated 300,000 injured and approximately 1,000,000 homeless. The death toll is only expected to rise.

The celebrity hosted charity screening is open to all for a required minimum donation of £15 per ticket, which will also include drink, popcorn and celebrity introduction. 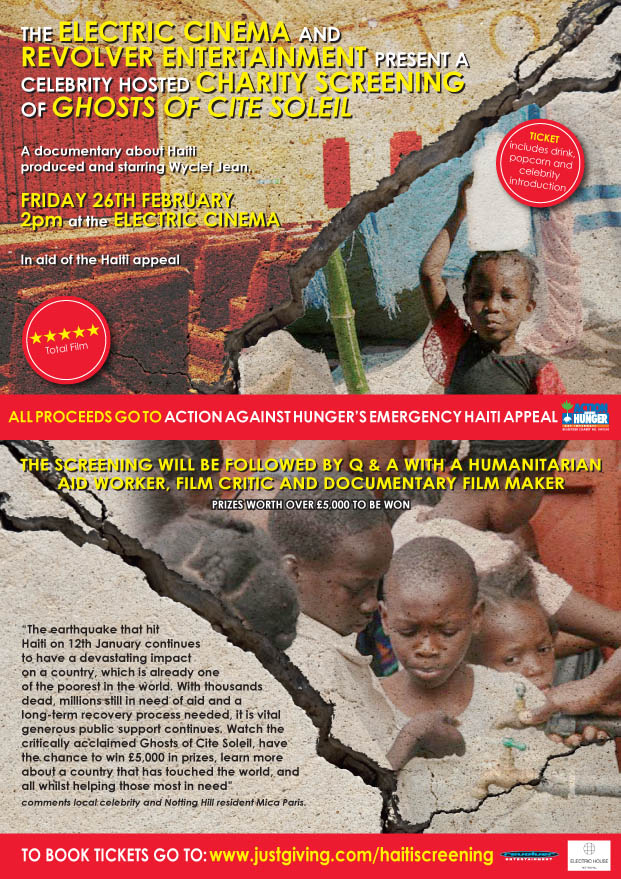