On March 2007, just a couple of months before I left Iraq, a car bomb exploded in the middle of my favourite street in central Baghdad, al-Mutanabi Street (GMaps). The bomb killed more than 40 people and just totally destroyed a piece of Baghdadi history.
Not only is this street the heart of Iraqi publishing but for decades when Saddam’s regime didn’t allow any foreign publication to enter the country this was a place where I bought a copy of the banned ‘Satanic Verses’ hidden under stacks and stacks of unsuspicious civil engineering text books. And many more… it wasn’t just a street with second had books but you go there to get an education in what can’t be taught in schools. I could go on forever about Mutanabi but my point was that in March two years ago someone decided this street was not exist any more.

I looked around the web for photos from the day.. it still hurts looking at them. Please go have a look at a photograph taken a couple of days after the explosion: Baghdad’s al-Mutanabi street (AFP/ 08 March 2007).

I haven’t been back in Baghdad a week when I decided that I MUST go have a look at al-Mutanabi and boy was I surprised. 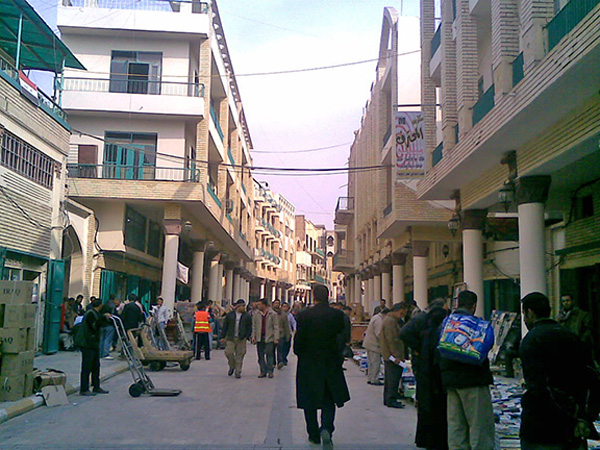 It’s back! And what is even more heart warming is that I saw the same faces selling from the same stalls. And the price of getting the street back to it’s former glory and keeping it safe? Armed Iraqi military personnel walk constantly up and down the street and at the other end there is an Iraqi military humvee.

Look, the whole country is a militarized zone.. so am I going to complain about this? No. As long as my beloved Mutanabi Street is kept safe.

Most of the work is only as deep as a single row of bricks, you peek down the alleyways and you’ll see how run down and dirty it is but people don’t tend to look at those bits too much. It destroys the air or normality we’re working on here. The same happens once you’re out of the street… not much has been done to any of the streets around al Mutanbi although we’re talking about Baghdad’s commercial heart.

But why dwell on the sad bits… don’t leave the street, stay on it, browse and haggle for second hand books and once you’re done walk down to the river front where a lovely new seating area has been built and there is a dock for little boats to cross the river too. It is quite handy when the bridges are closed to traffic which happens every Friday. 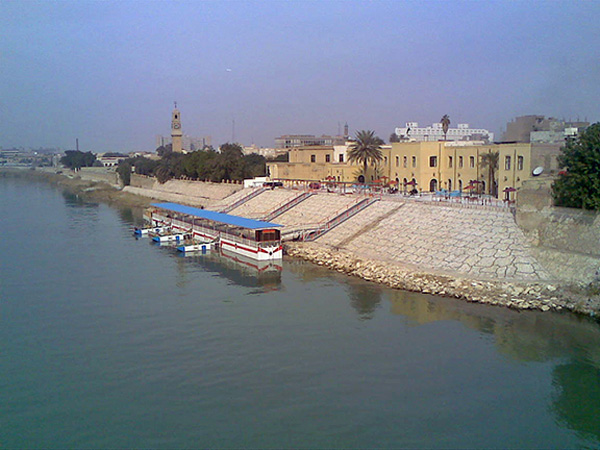 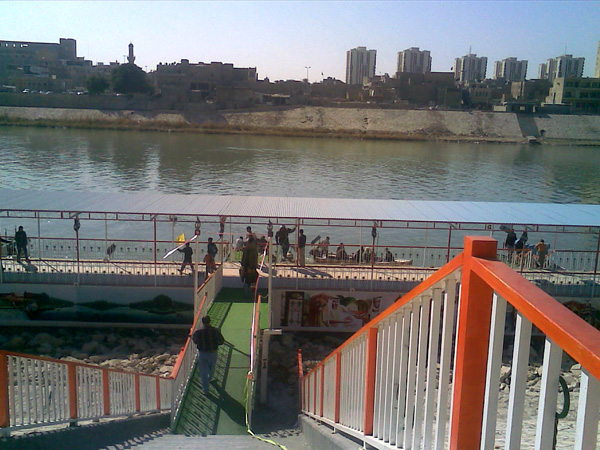 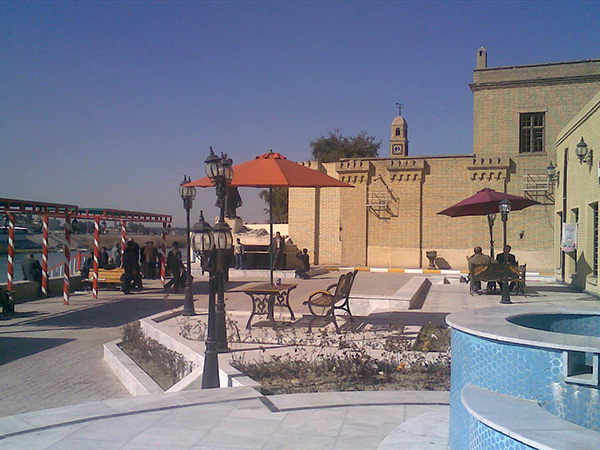