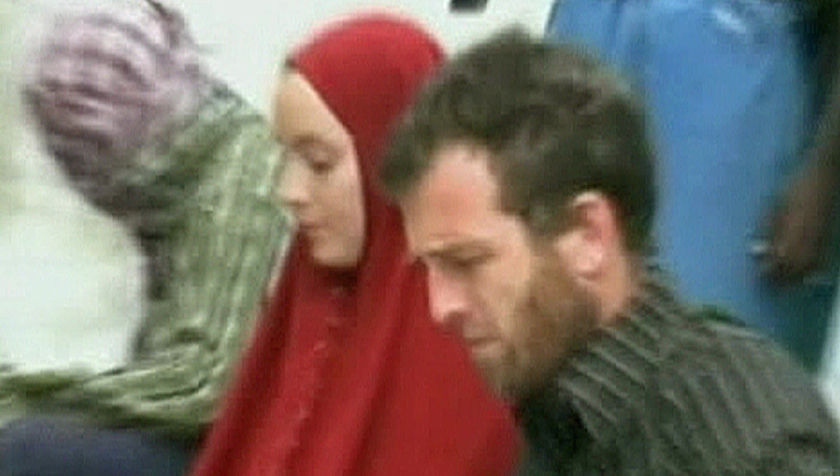 The mother of Nigel Brennan, the freelance photojournalist who was kidnapped in Somalia in August 2008, has met with Australian Prime Minister Kevin Rudd. According to Sky News Heather Brennan made an unexpected approach to Rudd when she approached the PM as he was visiting Queensland today. She spoke with him for twenty minutes,

"These are difficult, sensitive and complex negotiations… (said Rudd) …If I was to look at the consular cases upon which I have spent the most time since I’ve been prime minister, it is this one,’ he said.  ‘It is one which the government takes seriously, but I do not underestimate the degree of difficulty involved in this. It is very hard." link

Meanwhile friends of Nigel Brennan are seriously worried about his health following reports in May and a recent telephone conversation with the kidnap victim,

Family friend Rebecca Hutchins urged the media to give attention to the case.  ‘He is really very, very unwell,’ Ms Hutchins said.  ‘I think mentally he would be in a very dark place and emotionally. Physically that is where the problem is at the moment. He is not well.’  The family spoke to Mr Brennan as recently as Wednesday. link

Please consider taking two minutes to sign the petition to help both Nigel Brennan and Canadian journalist Amanda Lindhout who was kidnapped along with Nigel in August, 2008. And link to the petition if you have a blog, twitter account, website or email account.