Assault and despair, Lahore must live on 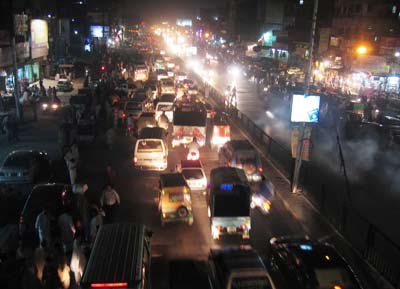 Three terror attacks killing almost 22 people, shook Lahore on Thursday morning. I was getting ready for work, when the text message from the Rescue headquarters informed me that FIA building at Famous temple road been under attack. While I was making a few calls to confirm the news, I got to know about the other two attacks, one in Munawa Police training school and other at Elite Police training Center. All three locations are almost 15- 20 kilometers apart.

I first reached at the FIA building. Four terrorists had been successful to enter in the 7-storied building. Exchange of fires and a few explosions of grenades were alarming. The same building had been under attack by terrorist last year. In around 3 hours the operation completed killing all 4 terrorists. It was a horrible site seeing when the member of bomb squad removed the suicide jacket from one of the attackers who was dead by the counter fires from Police.

It was a busy day at work, updating and gathering news, talking to sources and developing stories, updating versions.  I had been informed that the usual activities of the city were on halt and flights postponed, shops remained unopened and markets were empty.

While driving back home I took a turn towards the historical temple road where the unfortunate FIA building. Is situated. Almost 200 years old this road is famous for its Bar B Que, Kababs, Chicken Masala and Chai (tea).  It’s interesting to find a crowd eating on the sides of roadside enjoying the Lahorie delicacies. While I drove through temple road I was amazed to see the same crowd enjoying food in same manner. Sitting so close to security threaten area and still enjoying the meals, I suppose can only happen in Lahore. I couldn’t go back without having special tea here, which is served in glass instead of cup.

The city is saddened, but the culture of living every moment of life seemed shaken but not gone. I couldn’t resist, and ordered tea from the famous Chai Shop on temple road, which is served in glass instead of cup. The handful of terrorists cant take the life out this land, I thought, sipping tea in front of cordoned off FIA building on Temple Road.