Armenia’s bleak pictures of the past 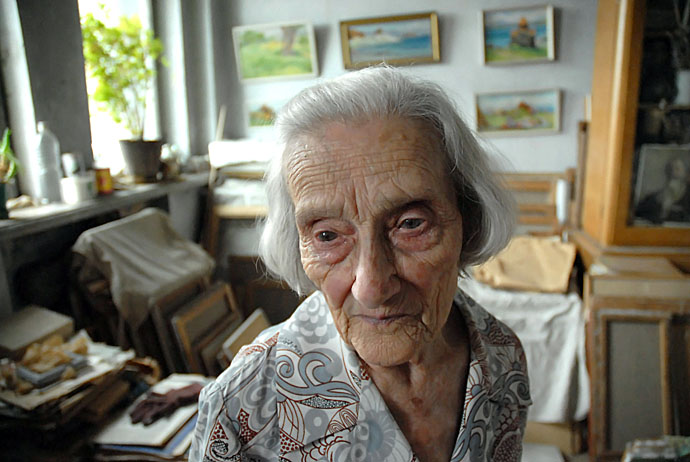 As mentioned in two previous posts, I’ve been spending the past week and a half fixing for the BBC and photographing for The National. With all that work now having finished last Friday, the first article by journalist Daniel Bardsley accompanied by my portrait of the subject of his piece on Armenia-Turkey relations and art in the Soviet era has now been published. There will be many more pieces from Armenia and Nagorny Karabakh by Daniel, accompanied by my photos, to come over the coming weeks and months.

YEREVAN, ARMENIA // Yelena Abrahamyan is one of the dwindling number of survivors of what Armenia describes as the genocide against its people nearly a century ago.

Now 97, the artist admits she is concerned her country could establish relations with neighbouring Turkey, which rejects Armenia’s assertion that 1.5 million people died when the Ottoman authorities drove them from what was then Western Armenia.

Turkey, which shut its border with Armenia in the early 1990s in a dispute over the breakaway Nagorno-Karabakh territory, officially part of Azerbaijan, claims the death toll was 300,000.

The two countries have held talks over establishing diplomatic relations, which Armenia has said it is prepared to do without Turkey’s acceptance that “genocide” took place.

Any border reopening would be expected to lift Armenia’s stuttering economy, but Ms Abrahamyan believes the genocide issue should take precedence.

“Until they recognise the genocide, they shouldn’t open the border,” she said. “I don’t think they will recognise it any time.”

Yelena Abrahamyan shows her artwork in a room located in her central Yerevan apartment. Onnik Krikorian / The National