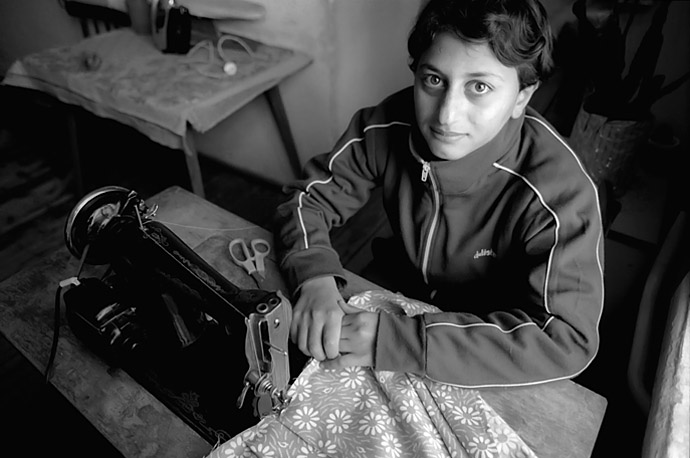 A scandal over allegations of physical, psychological and sexual abuse in a boarding school for children with special needs has led to new concerns that youth activists in the South Caucasus have now been targetted by governments in Armenia and Azerbaijan. At the beginning of July, opposition youth activist Tigran Arakelyan was arrested and placed in two months pre-trial detention on charges of hooliganism, a fate which also met video bloggers Adnan Hajizade and Emin Milli in neighbouring Azerbaijan the following week.

International organizations, diplomatic missions and critics of the regimes in both countries consider the detentions and legal action against such activists as being politically motivated and as attempts to silence emerging youth movements in the region. Now, environmental activist Mariam Sukhudyan faces charges of defamation after being one of those involved in revelations about abuse in one of Armenia’s many Soviet-era boarding schools — institutions established to cater for children with disabilities or health problems, but which also serve as the main depository for children from socially vulnerable families.

The Armenian police formally charged Mariam Sukhudian of the environment protection group SOS Teghut with "false denunciation" at the weekend after months of investigation into the allegations circulated by local media, including state television.

Sukhudian was among about a dozen young people who worked as volunteers at the Boarding School No. 11 in Yerevan’s Nubarashen suburb in April-June 2008 as part of a United Nations project to boost educational standards in Armenia. In their subsequent public pronouncements, they accused the school administration of failing to ensure the minimal standards of teaching and hygiene and routinely ill-treating and malnourishing students.

"According to the children’s accounts, they are subjected to beatings and other forms of physical punishment," the volunteers said in a joint statement issued in November. "We personally witnessed needlessly harsh treatment of children by teachers and night guards. The school director and other administrative workers use children as a free labor force in their homes and summer houses."

The statement also cited some schoolgirls as alleging sexual harassment by one of their teachers, Levon Avagian. "According to the stories from the girls, there was at least one case of rape," it charged.

Sukhudian, meanwhile, linked the extraordinary criminal case with her and her non-governmental organization’s vocal opposition to plans by Armenia’s second-largest mining company to develop Teghut, a massive copper and molybdenum field in the northern Lori region. The project, if implemented, will lead to the destruction of hundreds of hectares of rich forests. Armenia’s current and former first ladies signed a petition against the project when they were approached by Sukhudian and other SOS Teghut activists in early June.

"I can’t help but link this case with Teghut because I’m not the first activist to be subjected to such pressure," Sukhudian said on Saturday. "This may be a good opportunity [for the authorities] to break our movement and force me to shut up. But it’s only making me stronger." link

The allegations raised by Sukhudyan should not surprise many. Indeed, when I visited the school in 2002, I did so having been warned that conditions were purposely kept as bad as possible in order to attract international donor support. None of the money, it was alleged, would be used to improve conditions or help the children. Other allegations such as those suggesting children without disabilities were being enrolled into such institutions are also well known, and again, years spent photographing Armenia’s boarding schools confirmed that.

This problem has also been touched upon before in a post for Frontline, in an article for UNICEF, and also in a Year Book photographed and written for the local office of the international children’s charity a few years ago.

Yet, if the concerns expressed by Sukhudyan are very plausible indeed, others see the action against the activist as something more alarming. No wonder that supporters of the government and opposition alike have rallied to her cause while civil society groups see the action as part of a wider problem with democratization, freedom of speech and human rights protection. Some of those groups are already speaking out, publishing statements in her defence and holding interviews with the local media.

Avetik Ishkhanian, the chairman of the Armenian Helsinki Committee, described the accusation leveled against Sukhudian as "absurd." "Knowing Mariam as an ecological activist, I am convinced that she would not have said such things out of the blue," he said. "We must not allow her prosecution. I just find no words to characterize this affair."

Ishkhanian added that Armenian boarding schools, which are primarily meant to educate for orphans and disabled children, have long been notorious for their lack of transparency, poor sanitary conditions and ill-treatment of students. Sukhudian’s prosecution would only discourage school administrations from addressing those problems, he warned.

Another protester, Sona Ayvazian of the Armenian branch of the anti-corruption watchdog Transparency International, claimed that the case highlights a broader suppression of dissent by the authorities in Yerevan. "It looks like active citizens are not encouraged in our country," she said. "The authorities seem to be trying to eliminate such citizens one by one. Mariam is simply the latest victim, and we don’t know who will be the next."

Nine other local NGOs involved in human rights advocacy likewise attributed the case to what they called a systematic "policy of intimidation and repression" targeting government critics. "We demand an immediate end to the criminal case against Mariam Sukhudian and call on law-enforcement bodies to punish those responsible for it," they said in a joint statement. link

As with Hajizade, Milli and Arakelyan, the outcome of the legal action against Sukhudyan remains uncertain, but one thing is clear. Faced with emerging youth movements in the region, governments are doing all they can to obstruct their further development. In an interesting development, however, activists in Armenia are following the example of their counterparts in Azerbaijan by using blogs and Facebook to highlight the case. Frontline will continue to follow all these cases, but in the meantime a web site set up in support of Sukhudyan is at  http://www.mariamsukhudyan.info.