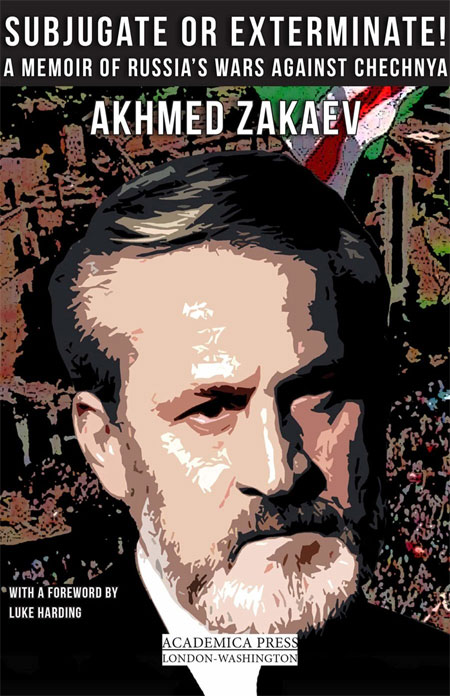 The two Chechen wars waged by Russia in the 1990s and 2000s did not attract much international attention but they played a crucial role in shaping  Russia’s subsequent  behaviour both domestically and beyond its borders.  The military campaigns started by former President Yeltsin and eagerly expanded upon by President Putin were disastrous for the Chechens – 250,000, a quarter of the whole Chechen population, were killed, 40 000 of them children, but they also proved to become a precedent for Russia’s treatment of its neighbours as well as determined the overall course for its foreign policy.
Everything that the Russian government has done since: invading Georgia and Ukraine, annexing Crimea, meddling in Syria, Venezuela and the Central African Republic – is the echo of the Chechen campaigns. The first steps in developing an effective information war and discrediting the Western media were also taken during the second Chechen war.
Putin, who became Russian Prime Minister in 1999 and President in 2000, made a special effort to prevent information from coming out of the region: during the second Chechen war foreign journalists were practically refused entry into the so-called counter-terrorist operation zone, and  their  brave Russian colleagues, such as Anna Politkovskaya (1958-2006) and Natalia Estemirova (1958 -2009),  who  tried to expose what was going on in Chechnya, were ruthlessly killed. The key problem, however, was that the world did not want to know about Chechnya. Eager to buy Russian oil and gas the West turned a blind eye to Putin’s imperial ambitions and his crimes against humanity so unabated he carried on.
Luke Harding will discuss these issues in conversation with Akhmed Zakayev, who recently published a book ‘Subjugate or Exterminate!: A Memoir of Russia’s Wars in Chechnya’ (Academica Press, 2019).  Zakayev, the London-based Chechen leader whom Russia has long sought to extradite from the UK, fought in both Chechen wars, and was variously a minister, a military commander, a negotiator, and a presidential candidate.

Akhmed Zakaev is Prime Minister of the Chechen Republic’s government in exile. Zakayev was first trained as an actor and became the chairman of the Chechen Union of Theatrical Actors in 1991. A veteran of the First Chechen War, Zakayev was one of the signatories of the Chechen-Russian peace treaty when it was signed in 1997 and served as Chechen deputy prime minister after the war. When Russia attempted to implicate him in the planning of the Moscow theatre siege in 2002, a British court refused to extradite Zakayev. He was granted political asylum in 2003. Zakayev leads a political movement which both opposed the turn in Chechen militancy towards Islamism an the current Russian-backed Chechen government of Ramzan Kadyrov. Between the Chechen Wars he co-authored a book, Wahhabism, The Kremlin’s Remedy Against National Liberation Movements, positing a link between Soviet Union support for terror groups and dictatorial states and political Islam’s growth. It was discovered in 2008 that Zakayev was targeted for assassination along with friend and acquaintance, Alexander Litvinenko, who was murdered by polonium-210 poisoning in 2006. He continues to campaign for Chechen independence from exile in London, and Russia continues to attempt his extradition. His recent book, Subjugate or Exterminate! seeks to provide a personal telling of the Chechen conflict.

Luke Harding is an award-winning Guardian foreign correspondent. Resident in Moscow between 2007-11, he was expelled from the country by the Kremlin, the first case of such an expulsion happening to a journalist in Russia since the end of the Cold War. Afterwards, he penned Mafia State to describe the Putin regime. He has reported from Delhi, Berlin and Moscow and covered wars in Afghanistan, Iraq, and Libya. His book, The Liar: The Fall of Jonathan Aitken, was nominated for the Orwell Prize, while The Snowden Files and (as co-author) WikiLeaks: Inside Julian Assange’s War on Secrecy have both been turned into films. In November 2017, Harding published Collusion: Secret Meetings, Dirty Money, and How Russia Helped Donald Trump Win on the subject of Russian interference in the 2016 US Presidential Election, examining the dossier of former British Agent Christopher Steele.

Dr Arch Tait, who was the translator for ‘Subjugate or Exterminate!’, learned Russian at Latymer Upper School, London; Trinity Hall, Cambridge; and Moscow State University. He has a PhD in Russian literature from Cambridge and began translating in earnest in 1986 after a meeting with Valentina Jacques, then editor of the magazine Soviet Literature. From 1993 he was the UK editor of the Glas New Russian Writing translation series, whose editor-in-chief was Valentina’s successor, Natasha Perova. To date he has translated 35 books by leading Russian authors of fiction and non-fiction. Dr Tait’s most recent translations are Yelena Rzhevskaya’s Memoirs of a Wartime Interpreter (Greenhill), and Maxim Trudolyubov’s The Tragedy of Property (Polity); and Ivan Chistyakov’s The Diary of a Gulag Prison Guard (Granta).

Dr Arch Tait will read out some passages from the book