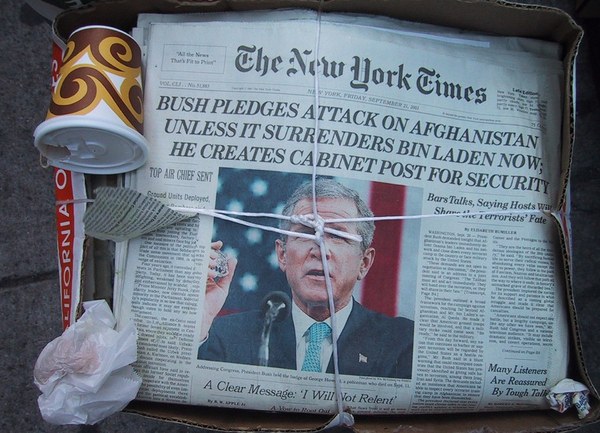 Is Afghanistan at risk of being forgotten by the outside world?  Not at the moment, you might think, what with lots of print generated each day at the hands of foreign reporters.  Obama, too, is considering his own surge of resources to the country, and it seems the larger newspapers on both sides of the Atlantic (the Guardian, for example, or the New York Times) can’t go a day or two before publishing yet another story on the war that never ends.

But how much of the real story are we actually hearing?  I was surprised last week to hear the editor of a fairly large European news outlet wondering whether Afghanistan would soon fall off our radars and would go the way of so many conflicts.  Surely, I said, surely he wasn’t serious…  US media outlets are sending out correspondents to be based full-time in Kabul, and it’s not as if there is a shortage of things to write about…

Or so you would think…

A colleague of mine is living in Kandahar City at the moment – he’s the only non-embedded journalist permanently based in southern Afghanistan – and yesterday morning he sent me a mail letting me know about a double-bombing in the city which happened at around 7:20 in the morning.

We eventually found out that it had targetted an ANP (Afghan National Police) car and that one child was reported killed, and 1 civilian and 2 policemen injured.  The BBC’s Pashtu radio service reportedly ran a report, as did local Kandahari TV stations, but otherwise nothing.  It seems that not a single western (or eastern) newspaper or wire service covered the story.

wrote my friend.  Now all this is nothing new.  We all know that there are next to no foreign correspondents in southern Afghanistan (or the north, for that matter).  They’re mostly to be found in the capital.  The rights and wrongs of that are worth being covered in a separate blog post, and indeed I’ve written about it before, as has Josh Foust of Registan.net who noted the double-standard at play in the way we cover the Afghan War.

The main result of all this is that there are some fairly important stories and places that have been left uncovered as regards Afghanistan.  So here are five important things that I hope to see journalists writing about in 2009:

1. NGOs who indirectly (or directly) fund the Taliban – most people based down in southern Afghanistan have at least an inkling of an idea that this is what’s happening; if you want to run a programme in remote districts of almost anywhere in the south you’re going to have engage on some level with local Taliban.  Most NGOs would counter that they’re providing ‘basic services’ and so have ‘no choice’.  But at least some of the money they’re putting into local economies to run their programmes are just being spent on bullets used to fight against foreign troops.

2. Ghor, Dai Kundi and Khost – these are the names of 3 provinces in Afghanistan which receive far less coverage than they ought.  Khost, most importantly, is where a sizeable number of US troops are based, but this article is the only thing I’ve read for months, and it’s nothing special at that.  Ghor and Dai Kundi are in the centre of the country but are increasingly being used as a staging post for the Taliban.

3. Western Government Payouts for Hostages – there’s clearly a strong disincentive at work here.  No journalist really wants to bite the hand that feeds him/her, and so we have only heard hints and rumours as to how this process works.  And we’ve heard far too little about how destructive this is – kidnapping by criminal groups will continue only as long as people continue to pay money for the release of hostages.

4. Contractor Wars – One of the most worrying developments in southern Afghanistan, construction companies waged a sporadic low-intensity war against each other through 2008, sometimes kidnapping each other or at other times placing bombs in each others building sites so as to take over their contract from them.  We hear far too little about the bad effects of western non-military assistance.

5. Effects of the Financial Crisis on the Taliban – I’ll leave you to fill in the dots on this one.  Someone tried to write this story the other day, but it was a pretty poor effort.  Will need a bit of travel to the Gulf and around Afghanistan, but potentially a really great story here.

So let’s not allow Afghanistan to be forgotten.  And please – PLEASE – can we make sure there are no more first-person stories in spring 2009 written about journalists who travel from Kabul to Kandahar on the road.