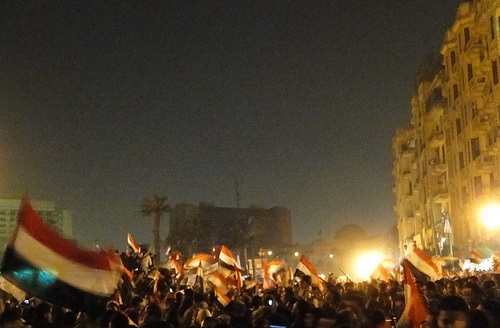 Today, Twitter is celebrating its birthday. Five years after the first tweet was published, its impact on the field of Internet communication and many others beyond has been much debated.

Recent events in Tunisia and Egypt re-ignited the debate over Twitter’s role in the political process and whether the world has seen its first Twitter revolution.

Nearly two years ago, the “Twitter revolution” headline for post-election protests in both Moldova and Iran spread widely. The idea that pro-Western digital revolutionaries could bring down Communist and theocratic governments using a trendy internet tool was an alluring news story readily seized upon by the media.

Twitter does facilitate the spread of news and information, enabling individuals to combat censorship and undermine the stranglehold of state-controlled media. In a previous post, I offered a few thoughts comparing the role of Twitter in the political events in Moldova and Iran in 2009 with Tunisia and Egypt in 2011.

There is much more work to be done in this area, but here I want to focus instead on Twitter’s impact on journalism. I argue that journalists’ dubbing of these events as “Twitter revolutions” is also reflective of the experience of their own changing working practices.

It points to a Twitter revolution occurring in the newsrooms of media organisations, evident in the increasing importance of Twitter for journalists covering breaking news stories.

Twitter was founded in 2006, but it was not until the microblogging service won an award at the 2007 South by Southwest festival that it began its rise to prominence. Initially envisaged as nothing more than a way to keep a few friends updated with your current ‘status’, by 2008 it was emerging as a potentially powerful newsgathering tool.

The Chinese earthquake in May 2008 was one of the first global news stories where significant attention was paid to this phenomenon and the event convinced some of the sceptics that it might be more than worthwhile.

The Mumbai attacks: Learning from challenges 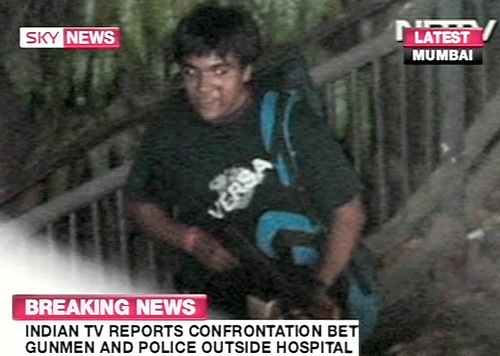 A number of journalists and editors were becoming aware that Twitter was a useful place to search for breaking news.

But harnessing its potential to cover a fast-moving breaking story such as the Mumbai terror attacks in November 2008 was far from straightforward. The 60-hour crisis in the Indian city was discussed by hundreds of people using Twitter.

The Mumbai hashtag (#Mumbai), which collated tweets about the incident, quickly became inundated and CNN estimated that 80 tweets were being sent every second.

Sifting through the stream of tweets, identifying useful Twitter accounts, and verifying the claims of Twitter users challenged journalists to apply existing editorial practices in a new environment.

The task was hindered by the fact that many journalists were also having to familiarise themselves with Twitter while attempting to report a complex breaking news story. BBC journalists covering the Mumbai crisis on the news website’s live updates page, for example, had little personal experience of Twitter but were urged by editors to incorporate tweets in their coverage.

Fortunately, they could call on the expertise of journalists working on the BBC’s User Generated Content (UGC) Hub – the Corporation’s dedicated department for sourcing and verifying audience material. 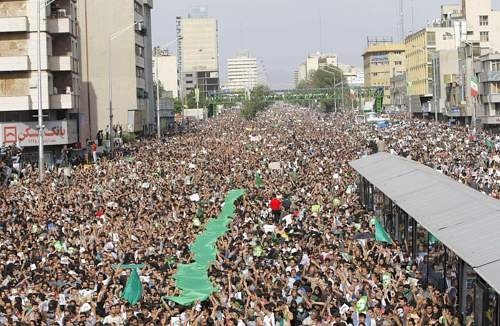 During the Iran election crisis in June 2009, there were also significant difficulties for journalists to overcome including: a large volume of noise and false information, inaccurate tweets, and a lack of balance available given the almost exclusive use of Twitter by the Green Movement in Iran. Information overload was even more acute.

Former Director of BBC Global News, Richard Sambrook, estimated that at one stage up to 2,500 updates were being tweeted per minute.

By 2009, however, journalists had more experience of using Twitter which helped them to access eyewitnesses and contacts, identify leads, and track links to images and video.

In the context of a widespread media crackdown by the Iranian regime which included the jamming of satellites, the detention and expulsion of journalists and the blocking of internet websites, journalists turned to social networks for information.

Twitter was particularly useful because it allowed “multiple paths in and out for data”, meaning it was difficult for the Iranian regime to completely censor without cutting off Internet access altogether.

Trushar Barot, who was working on the BBC’s UGC hub during the Iran election crisis, said the BBC used Twitter to monitor rumours and “chatter” on the web, contact sources, and glean information on the time and location of future demonstrations.

Barot noted that “after a week or so, there were certain bloggers and Twitter accounts that we could trust” because what they were saying was consistently confirmed by wire reports. After this vetting process, several key Twitter accounts were identified as being reliable sources of information.

The BBC’s experience of covering Iran helped change mindsets among BBC journalists who were previously sceptical of the value of Twitter as a newsgathering tool.

Similarly, CNN’s Deborah Rayner, the Managing Editor for Europe, Africa and the Middle East, said at a conference that year that the broadcaster’s journalists covering Iran had “never experienced newsgathering like it”.

Journalists were “utterly overwhelmed” by the volume of information that was coming in from the streets of Tehran. Twitter and Facebook were used to source potential news stories and YouTube provided “an endless stream of video”. She claimed it “had been a revolution” in news
gathering; “the world had changed”.

Twitter: An everyday tool for journalists working in breaking news 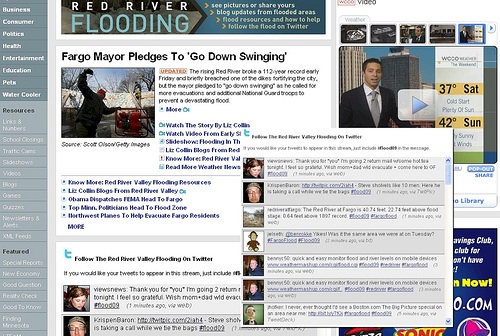 By 2010, Twitter had become “a more effective system than any single news organisation at servicing breaking news”, according to Jay Rosen. For some journalists working in breaking news, such as BBC Defence and Security producer, Stuart Hughes, and Sky News field producer, Neal Mann, it has become an essential tool.

Stuart Hughes says previously he had a few main sources of information to track breaking news, but Twitter allows him to monitor those sources and several hundred others at the same time.

He is now rarely surprised by stories in newspapers because Twitter has already made him aware of the news and he is able to quickly monitor broadcast media competitors.

Sky News journalist Neal Mann has discovered that regular tweeting, a systematic approach to following Twitter users who are “really interested in news”, and the development of a significant number of Twitter followers (currently over 8,000) means that people often contact him through Twitter with news and information.

For some stories, such as the ongoing activities of the whistle-blowing organisation, Wikileaks, Mann claims Twitter is the only way to fully follow developments as a journalist.

A Twitter revolution in the practices of journalists covering breaking news has significant implications for journalism. It places pressure on the traditional news agency wires which are now regularly slower with the news than Twitter’s easily-updated network.

It thus increases the speed of the news cycle, enabling journalists to access sources very quickly in a breaking news crisis and it is part of a broader trend whereby journalists are operating in a “live” online news medium.

The Twitter revolution in breaking news is far from complete: many journalists still rely on more traditional methods and it is merely one tool in an evolving digital media landscape.

Journalists should be prepared, however, for a future where Twitter, or a similar web-based communication system that acts as a customisable and searchable global news wire, will become an indispensable tool for monitoring breaking news.

This is an edited extract of a chapter by Daniel Bennett for a new book Face the Future: Tools for a Modern Media Age, which is being launched at an event at the Frontline Club on 5 April.