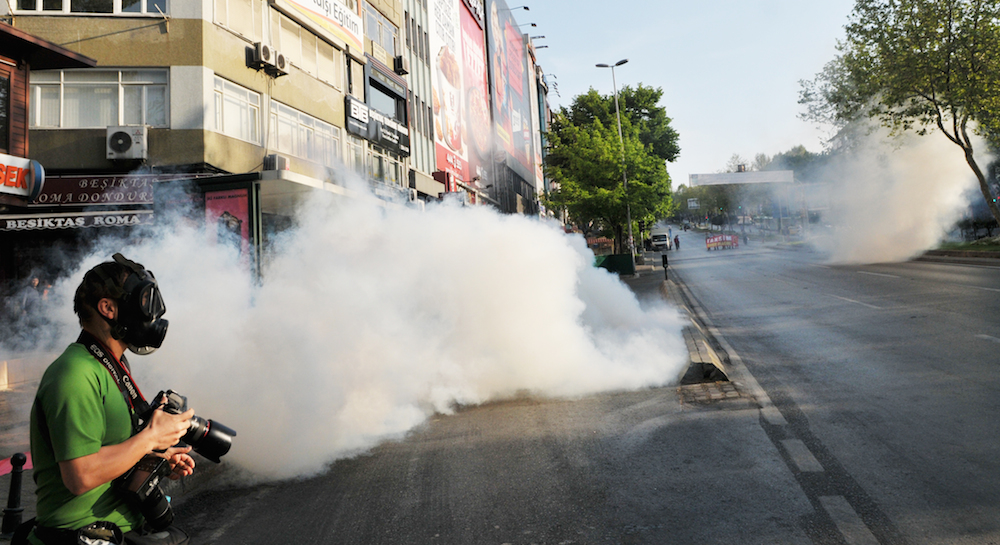 The Frontline Club, VICE News and English PEN present a panel discussion on the role of local fixers and translators in foreign news gathering and the responsibility of news organisations.

For decades, newsrooms around the world have relied on local journalists, fixers and translators to help journalists carry out on-the-ground reporting from unfamiliar and dangerous regions. Without their support and local knowledge, international news gathering would not be able to function and some of the world’s most important stories would never have made the news.

But who looks out for the fixers when the international news teams go home? And what happens when local fixers become victims of a media crackdown against journalists?

An expert panel reveals how international news gathering really works, considers the risks in getting the story out and assesses the role of international news organisations in safeguarding the unsung heroes of foreign reporting.

Mowaffaq Safadi is a freelance fixer, translator and journalist who works across broadcast and print media. He writes regularly for Arabic and Syria-opposition websites and was a presenter for Syrian radio station Hawa Smart. He has worked for the Guardian, the Observer, BBC Radio 4 and international NGOs.

Issa Awadat is a freelance Syrian video journalist and photographer working on the current conflict in Syria from 2011-2015. He has been employed as a reporter and field producer for a number of western media outlets including the BBC, CBS and CBS 60 Minutes. As well as his work with the media, he has also produced short video documentaries and still images for a number of NGOs, covering the refugee crisis across the Turkish/Syrian border.
In 2015, after receiving numerous threats from ISIS, he left Turkey and gained asylum in the UK.

Jo Glanville is director of English PEN. She was an award-winning editor of Index on Censorship and was previously a BBC current affairs producer and documentary maker. She edited Qissat (Telegram), an anthology of short stories by Palestinian women writers. She has written for the Guardian, the Daily Telegraph, the London Review of Books and the Observer, amongst other publications.
Kevin Sutcliffe, Head of News Programming, VICE Europe