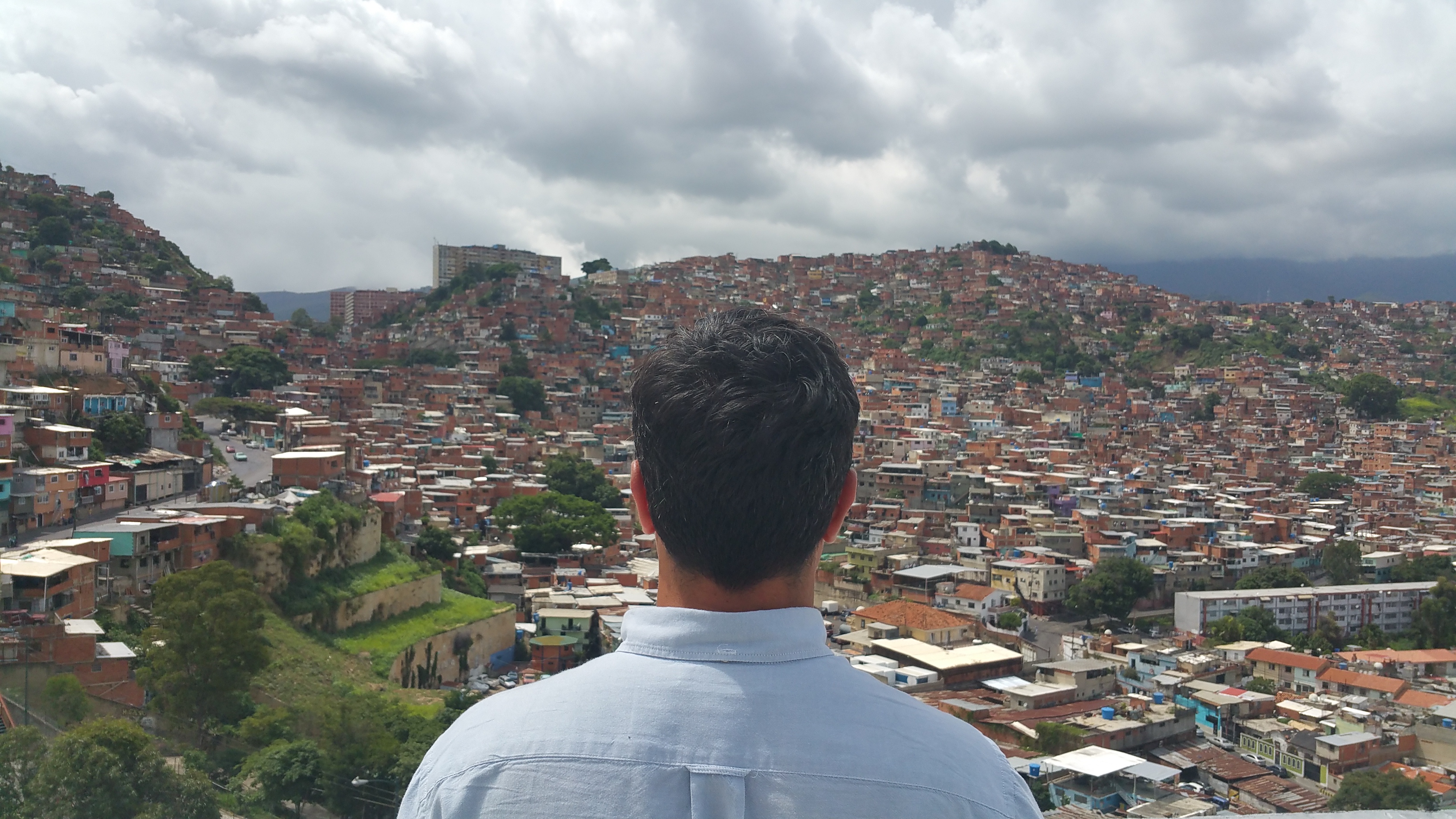 If there’s one thing that all sides agree on, it’s that Venezuela is in crisis – both political and humanitarian. The country has two recognised presidents, holding rallies on the same day in the capital Caracas. Inflation is due to hit ten million per cent this year, according the IMF. Despite access to the globe’s largest known crude reserves, oil production is at its lowest ebb since the forties. The human suffering is continuing. While international aid sits at the borders, a pawn in the power plays, hospitals lie full of patients and empty of medicine. Venezuelans fleeing starvation continue to embark on dangerous journeys to Colombia and further afield, in the world’s worst refugee crisis after Syria.

Bellicose noises emit from the White House, as President Trump appoints Elliot Abrams special envoy to Venezuela – a US foreign policy hawk involved in the Iran Contra scandal. Alongside the US, significant regional players including the governments of Colombia, Brazil and Argentina have recognised Juan Guaido’s legitimacy.  In Europe, the mood is similar. Our own shadow foreign secretary, Emily Thornberry, refuses to ‘strike a pose’ and acknowledge Juan Guaido as president, denouncing ‘outside interference’ in Venezuelan affairs as unproductive for the Venezuelan people.

Join a panel of reporters, broadcasters and experts who’ve been covering the crisis for an in-depth look at the unfolding events. The challenges of reporting in a divided country that faces growing instability and turmoil – for Venezuelan and foreign journalists alike – are huge. Our panel will also be discussing the threats to press freedom and the media workers covering the news in Venezuela in the current crisis.

Lindsey Hilsum  is Channel 4 News International Editor, and has covered many of the conflicts of recent years including in Syria, Ukraine and the Arab Spring. She was in Baghdad for the 2003 US invasion of Iraq, and in Belgrade for the 1999 NATO bombing. In 1994, she was the only English-speaking correspondent in Rwanda when the genocide began. She has won awards from the Royal Television Society and BAFTA amongst others. Hilsum has just returned from Venezuela where she has been reporting for Channel 4 News.

Vladimir Hernandez is a BBC journalist with more than ten years of experience covering Latin American affairs. He’s made documentaries on the Mexico Drug War, reported on the legalisation of cannabis in Uruguay, and worked as a correspondent in Argentina for 2 years. Since 2014 he’s regularly been travelling back home to Venezuela to show the country’s slide into humanitarian crisis and the severe deterioration of human rights by security forces – especially during the 2017 anti-government protests. His documentary for Our World Going Hungry in Venezuela remains one of the most watched videos for BBC Mundo on YouTube and his latest reports for the BBC’s Ten o’Clock News still remain widely shared on YouTube, including a piece from a market where the poor buy rotten meat to eat which has had almost 3 million views. Vladimir was born in France but is a Venezuelan / British citizen.

Ana Vanessa Herrero is the New York Times correspondent in Venezuela who also contributes reporting from across the region. She will be joining the discussion via live link-up from Caracas.

Oscar Guardiola-Rivera is Professor of Political Philosophy and Human Rights, Birkbeck College, University of London, and author of the award-winning “What If Latin America Ruled the World? (2010)” and “Story of a Death Foretold, The Coup Against Allende” (2013) – selected as a non-fiction Book of the Year by The Observer. He’s a member of the Royal Society for the Advancement of the Arts (RSA).

Watch the video stream of Venezuela in Crisis