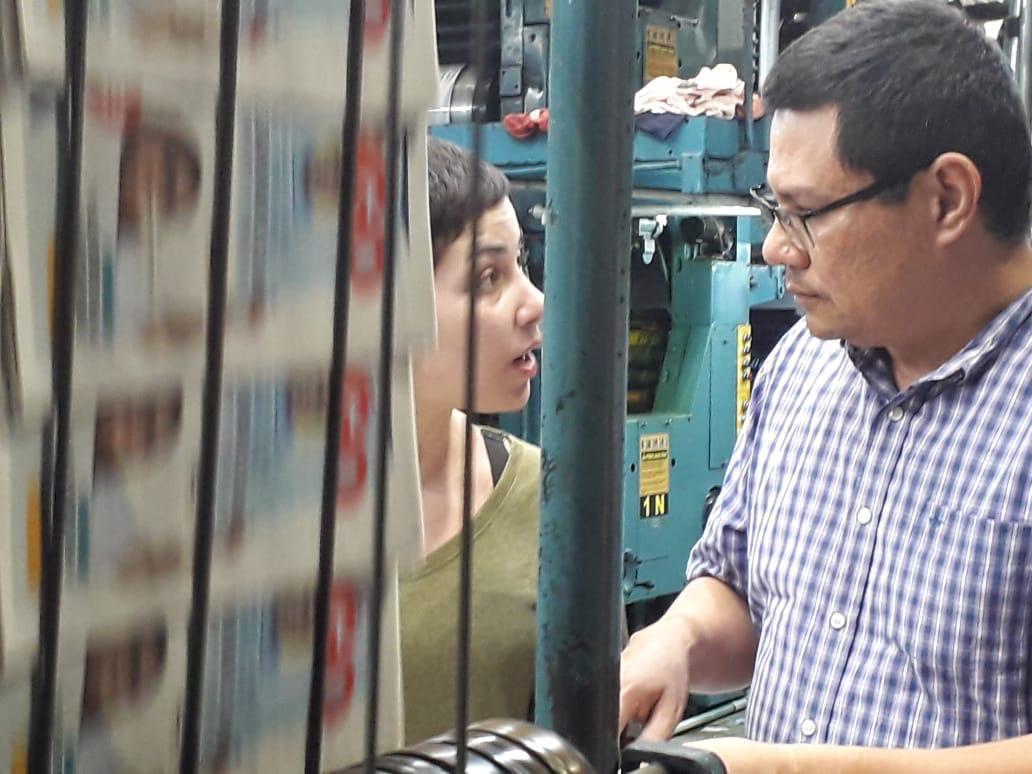 Unreported World returns to the Frontline Club for the first time this year with a pre-broadcast screening of a stunning new documentary that takes an inside look at the dangers faced by Nicaraguan journalists trying to get their stories out. Many have given up hope – and for those who stay, their livelihoods, families and safety hang in the balance against their duty to report. We’re joined by series editor Sue Turton who’ll be talking to Producer and Director Roeland Doust, alongside reporter Sahar Zand.

Nicaragua’s president Ortega has launched a crackdown on the independent media in a country gripped by civil disruption and economic chaos. Sahar Zand meets the journalists risking a beating or worse to get their stories out and others who have decided the only way to survive is to flee. Producer/Director Roeland Doust’s film takes us from the newsroom of the country’s oldest newspaper, La Prensa, to independent TV studios and a blogger’s home as the journalists decide if their profession is still worth the huge risk to their safety.

You can read the latest Reporters Sans Frontieres reports from Nicaragua here.

Sue Turton is the current Series Editor for Channel 4’s Unreported World. She moved into documentary production, with films in Afghanistan, the Philippines (award-winning), Indonesia and on the ISIS attacks in Paris, after 28 years on the road as a correspondent. Prior to this she joined Al Jazeera English as Afghanistan Correspondent in 2010 before covering the Arab Uprisings as a roving war correspondent reporting on the Libyan revolution from beginning to end, the Syrian war with missions alongside Al Qaeda affiliate Jabhat al Nusra and embedded with the Peshmerga during Iraq’s battle against ISIS. Sue led a campaign to free her colleagues from an Egyptian prison after she and six other Al Jazeera staff were wrongly convicted of terrorism offences. She is still on the run.

Roeland Doust is a freelance documentary director and cameraman. He has made films for all major UK & US broadcasters, recently focussing on more observational films and current affairs. Some of the subjects he has covered include homosexuality in BAME communities, the impact of the US War on Drugs, cousin marriages in Pakistani families and the global rise of online misogyny.

Sahar Zand is a British Iranian journalist and presenter, and an international award winning documentary maker. She joined BBC World News and BBC World Service in 2014, and has made a number of TV, radio and digital pieces from around the world covering a wide range of stories.