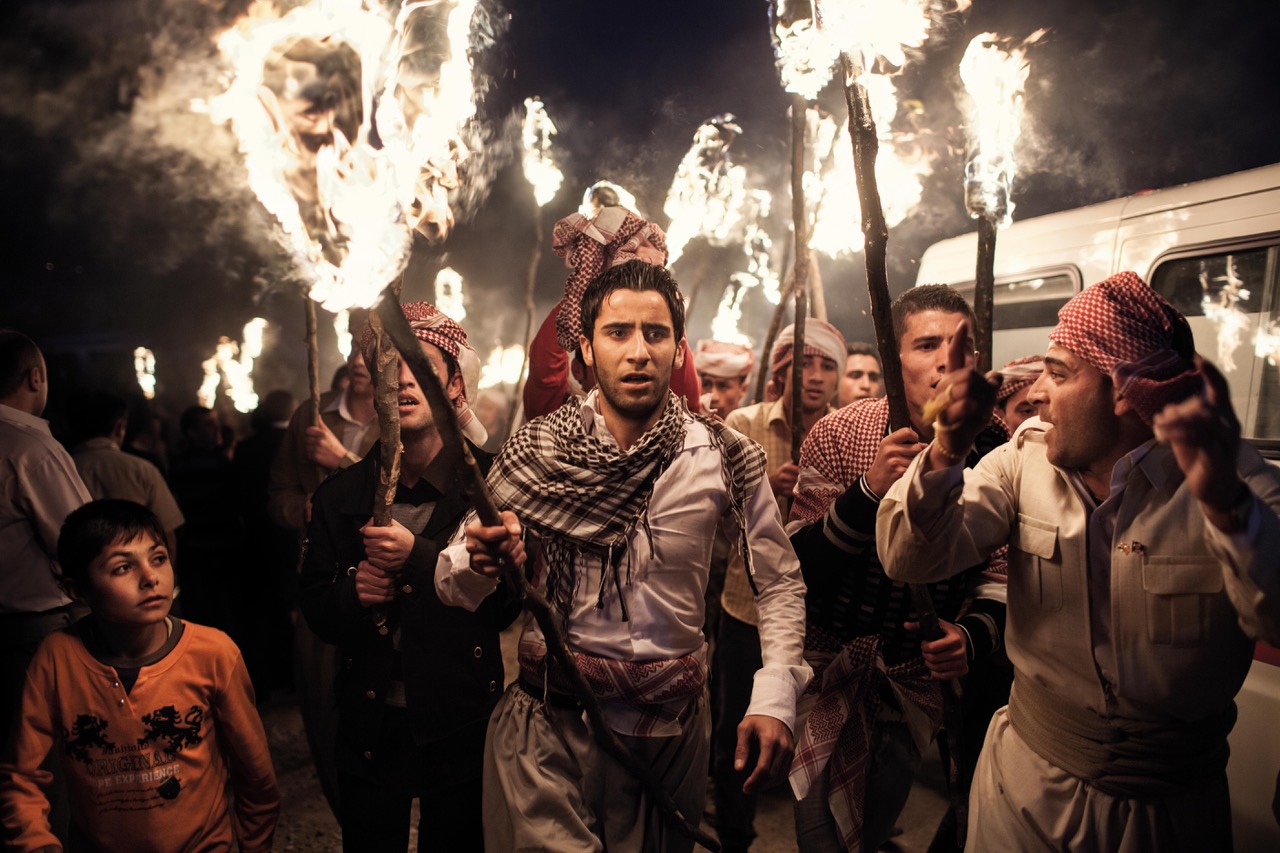 Under Every Yard of Sky

Under Every Yard of Sky is a new photography book of intimate images and personal essays documenting Iraqi Kurdistan both at peace and at war.

American photojournalist, Sebastian Meyer, spent 10 years in the Kurdistan region of Iraq, documenting daily life behind the headlines. In addition to his own work, Meyer co-founded the first Iraqi photo agency with his friend, Kamaran Najm, an Iraqi-Kurdish photojournalist. Their agency, Metrography, trained a generation of local photographers whose work has been published in National Geographic, Time Magazine, The New York Times, and The Washington Post.

In 2014, two days after ISIS overran Mosul, Kamaran was kidnapped by the insurgents. Meyer threw himself into the search that continues to this day. He followed the Kurds from 2008 to 2017 as they rose, phoenix-like, from their bloody past to hover for a moment in a state of peace, before being plunged back into war. Over those ten years, Meyer’s life became intertwined with that rise and fall. His own story of friendship and loss is reflected in his photographs and writing which take the reader deep into Kurdistan. He joins discussion chair Lindsey Hilsum to reflect on these experiences.

Sebastian Meyer is an award-winning photographer and filmmaker, and recipient of multiple grants from The Pulitzer Center on Crisis Reporting. His editorial photographs have been published in TIME Magazine, Fortune Magazine, The Sunday Times Magazine, The FT Magazine, The Wall Street Journal, The Washington Post, and The New York Times, among many others. Meyer has also made films for National Geographic, PBS Newshour, Channel 4 News, CNN, VOA, and HBO.

Lindsey Hilsum is Channel 4 News International Editor and an author. For her coverage of conflicts around the world, she has won awards from the Royal Television Society and BAFTA amongst others, and was the recipient of the 2017 Patron’s Medal from the Royal Geographical Society. She is the author of Libya from Gadaffi to Revolution, and, more recently, In Extremis, on the life of Marie Colvin, which was shortlisted for the Costa Biography Award and won the James Tait Black Award.