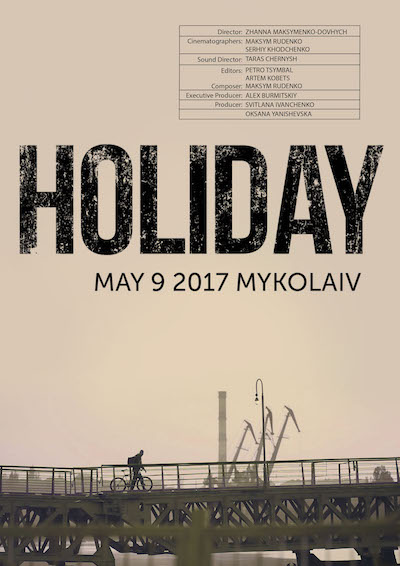 The Frontline Club will be holding its first ever event in Kiev, Ukraine at Inveria on 18 December 2017 with a screening of “Holiday”, a short film by local filmmaker Zhanna Maksymenko-Dovhych.  “Holiday” is a portrait of a southern Ukrainian city and its people. Set in the backdrop of monumental changes within the country and the consciousness of its people, it is a film about the search for identity; how is it possible to live with one foot stuck in the Soviet past and the other bounding for Europe?

The screening will be followed by a panel discussion with the filmmaker and other local and international journalists about the situation for freelance journalists in Ukraine and the work of Frontline Freelance Register.

Although Ukraine’s media environment has improved since a change in government in 2014, there remains several remaining challenges including undue political interference with content as well as violence, harassment, and other abuse of journalists.  Local freelance journalists working without the backing of a media outlet face increased risks especially when working in conflict areas.