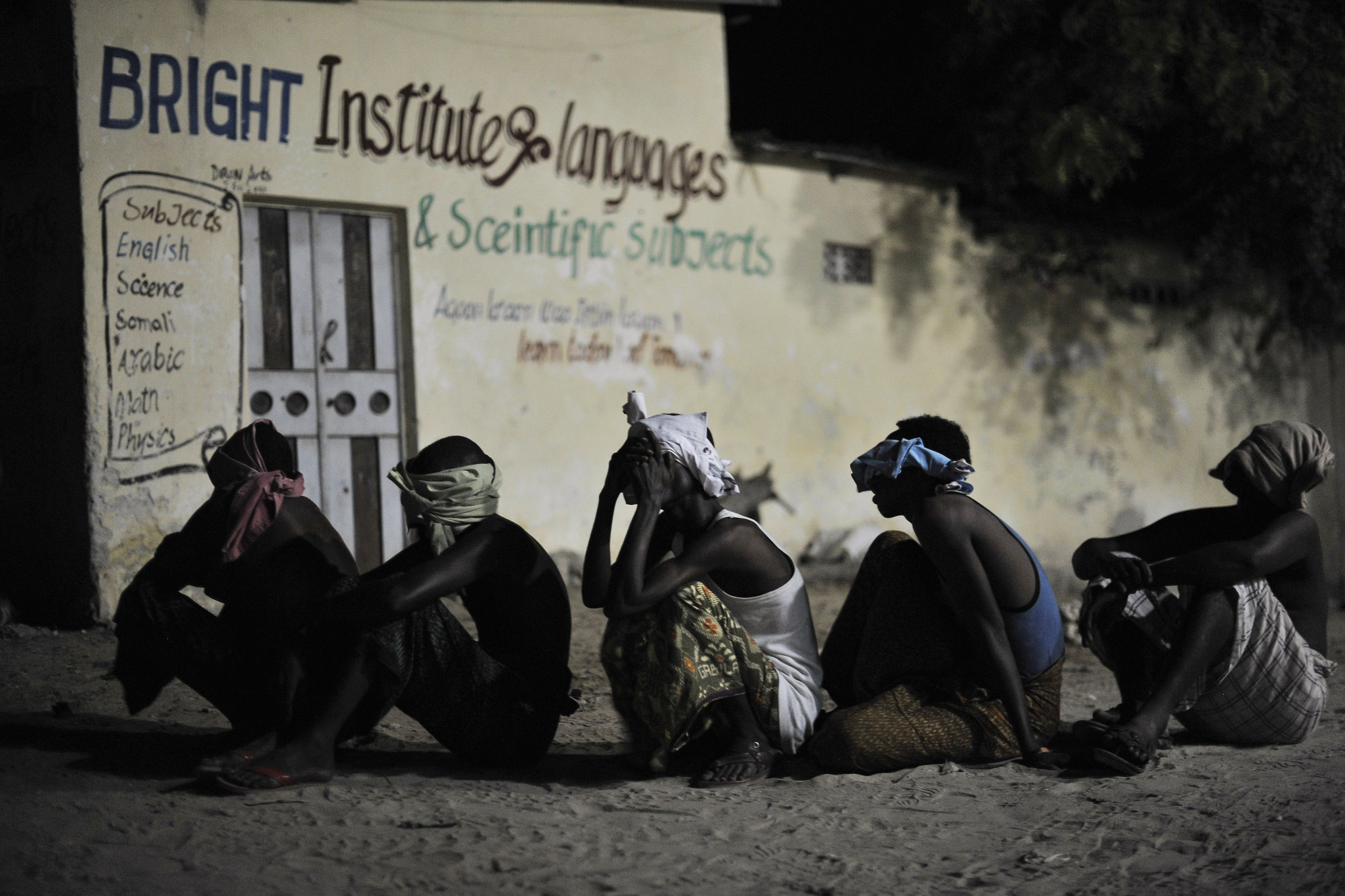 Trauma and Reporting in Somalia

In collaboration with the Dart Center for Journalism and Trauma, we welcome back BBC Africa Editor Mary Harper alongside reporters Ismail Einashe and Idil Osman to discuss the long-term effects of reporting from Somalia on the long-running al-Shabaab insurgency, and the challenges for the resilient community of local journalists who continue to report.

With Senior Reporter and investigative filmmaker for AJ English Juliana Ruhfus in the chair, the panel will share their expertise and experience working as journalists covering traumatic events in Somalia, and reflect on the impact of such trauma for those who live and report in the country.

The Dart Center for Journalism and Trauma, a project of the Columbia University Graduate School of Journalism, is dedicated to informed, innovative and ethical news reporting on violence, conflict and tragedy.

Juliana Ruhfus is an award-winning journalist and filmmaker for Al Jazeera English specialised in human rights and investigative work. Prior to Al Jazeera Juliana worked as a freelance reporter/ producer for international broadcasters and twice as a consultant to the UN as part of a Security Council monitoring group tasked with investigating breaches of the arms embargo on Somalia.

In 2013 “Action on Armed Violence” named Juliana as one of the top 100 journalists covering armed violence. Her interest in journalism that deals responsibly with conflict and tragedy earned her the Ochberg Fellowship and a scholarship for Harvard’s Global Trauma Programme. Juliana now serves on the European board of the Dart Centre for Journalism and Trauma and the advisory board for the International Bar Association eyeWitness project.

Mary Harper, the BBC Africa Editor, has reported on Africa and from its conflict zones for a quarter-century. The author of Getting Somalia Wrong?, she has served as an expert witness and advised the European Commission on the Horn of Africa, and contributes to The Times, The Guardian and The Economist. Her latest book, Everything You Have Told Me Is True: The Many Faces Of Al Shabaab recounts her extraordinary experiences following the extremist jihadist

Ismail Einashe is a journalist and writer. He has written for the Guardian, The Sunday Times, NBC News, the Nation, Foreign Policy, Frieze, NPR and the New York Times, among many other places. He has worked for BBC Radio Current Affairs and presented on BBC Radio. Ismail has reported from over a dozen countries across Europe, Africa and the Middle East covering everything from migration, refugee issues to human rights and conflict. He is a 2019 Alicia Patterson Foundation Fellow, a Dart Center Ochberg Fellow at Columbia University Journalism School and an associate at The Centre for the Study of Global Human Movement at the University of Cambridge.

Idil Osman has worked for over 12 years as a national and international journalist for the BBC, the Guardian and the Voice of America, spending the majority of her career covering stories from the Horn of Africa. Through her work, she has developed a vast network of media contacts including those based in the region and the diaspora. She has authored publications that focus on media, migration, development, conflicts in the Horn of Africa and diaspora communities in Europe. She completed her PhD in Journalism and is an expert on diasporic media and development communications.

Image: Suspected al-Shabaab militants wait to be taken for interrogation during a joint night operation by the Somali security services and the African Union Mission in Somalia (AMISOM), in Mogadishu. 04 May 2014. Mogadishu, Somalia. UN Photo/Tobin Jones. More info here.