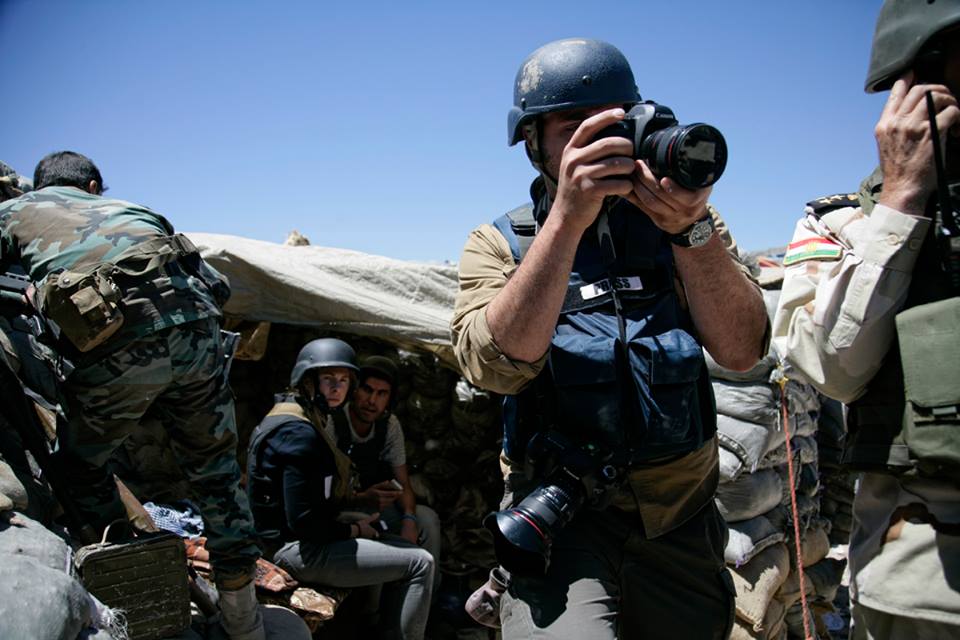 Following a short presentation about themselves and their experiences working as freelance journalist the four will give an in-depth look into the making of the War Zone Freelance Exhibition, the ambitions behind the project and the debates they wish to contribute to through the exhibition.

After the presentation the floor will be opened for a Q&A with the audience.

Panel discussion on today’s freelancers and the future of the profession.
In addition to the WZF team the panel will include speakers from:
Osie Greenway – American photojournalist
Benjamin Hiller – German photojournalist and writer
Jean-Paul Marthoz – Committee to Protect Journalists
Vaughan Smith – Frontline Club founder and freelance cameraman

The £5 ticket fee is a direct donation to the War Zone Freelance Exhibition.

About the War Zone Freelance Exhibition

The War Zone Freelance Exhibition gives an exclusive look into the work and world of freelance journalists covering wars and conflicts in the Middle East. The project is motivated by the desire to pay tribute and provoke debate on the important and consequential role freelance journalists play in bringing news out of conflict areas to the international public, often with little support, on their own expense and at extremely high risk.

After spending years working alongside other freelance colleagues, American photojournalist Osie Greenway, Danish writer and reporter Anne Alling, Dutch videographer and photojournalist Jeffry Ruigendijk, and German writer and photojournalist Benjamin Hiller, propose an exhibition that pulls people deep into the reporting process; educates on the people who have been affected by war in the Middle East region; and highlights both the struggles and triumphs of working independently in a high-stakes vocation.