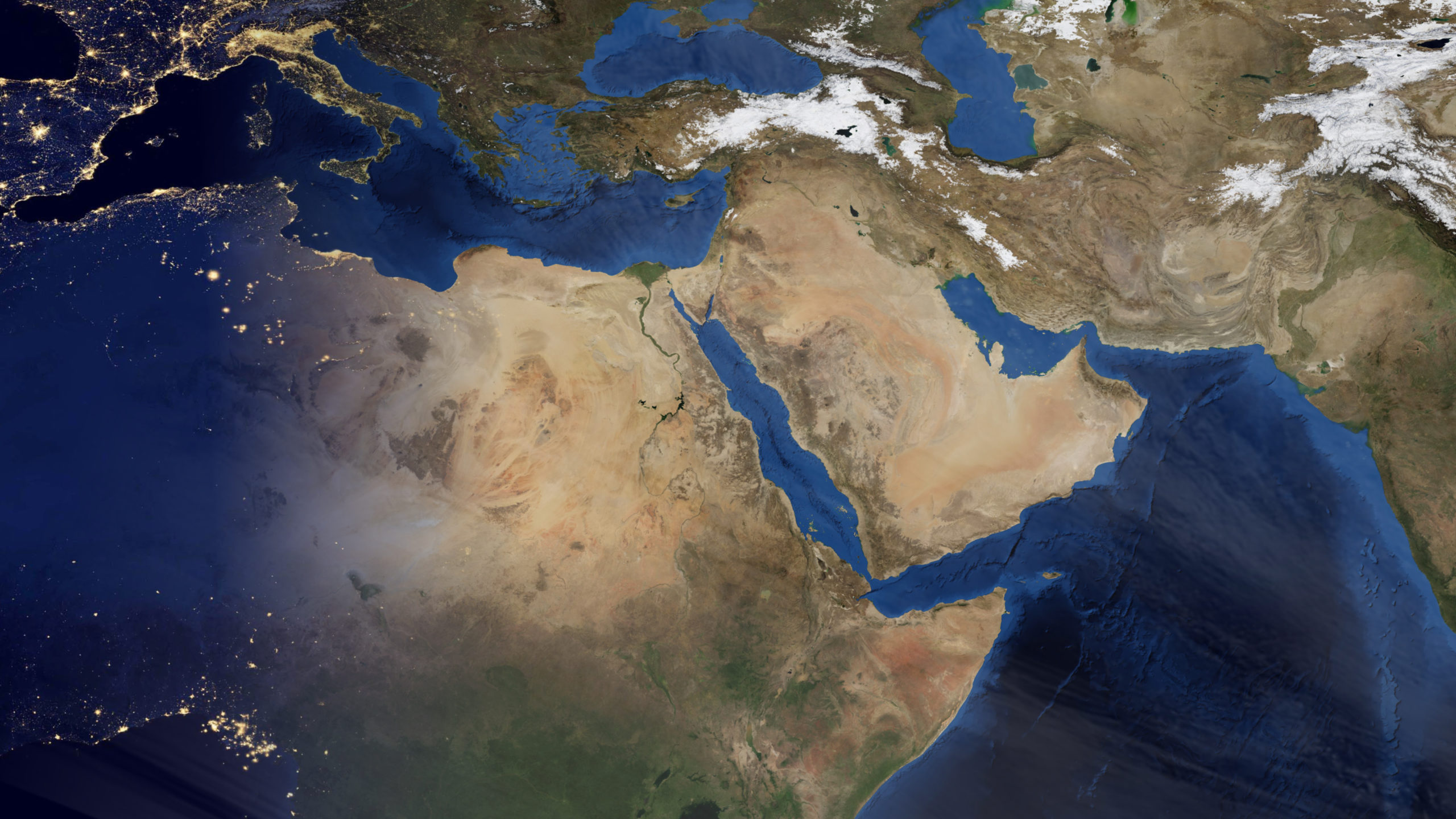 In the week marking the 9th anniversary of the Syrian uprising, the Frontline Club hosts a discussion with journalists, Sam Dagher, Elizabeth Palmer and Zaina Erhaim, and co-founder of the White Helmets, Abdulrahman Almawwas, on developments there and in the wider region.

They consider the continuing assault by the Syrian regime and Russia on Idlib, and its impact on the refugee situation, along with Turkey’s evolving response; Trump’s “deal of the century” for Israel-Palestine; the region-wide confrontation with Iran; the protests in Lebanon and Iraq and whether they represent a second wave of the Arab Spring; and the increased assertiveness of regional players like Turkey and the UAE. The list of challenges extends almost weekly.

*Note: The title of this event was changed from ‘Middle East 2020’ to better reflect the focus of the discussion.

Sam Dagher is a Pulitzer Prize-nominated journalist specialising in the Middle East, and in 2019 authored his acclaimed book, Assad or We Burn the Country: How One Family’s Lust for Power Destroyed Syria. He has reported in the Middle East for more than fifteen years, most recently for The Atlantic. He was the only non-Syrian reporter for a major Western media outlet based in Damascus from 2012 to 2014, a period during which he was arrested by a pro-Assad militia and briefly held in an underground mukhabarat (secret police) prison. He was later expelled from Syria for reporting deemed unfavorable to the regime.  He has worked for the Wall Street Journal, the New York Times, the Christian Science Monitor, and Agence France Presse, and has covered the conflict in Iraq, the Arab Spring uprisings, and Libya. The Wall Street Journal submitted Dagher’s work from Syria for the Pulitzer Prize and other journalism awards.

Elizabeth Palmer (Chair) has been a CBS News correspondent since August 2000, and has spent much of the last 18 years covering conflict and politics in Syria, Afghanistan, Iran and Iraq.  In 2018, she won the Alfred I duPont-Columbia University Award for her reporting on the siege of Aleppo in Syria and in 2019 accepted an award for Excellent in International Reporting from the International Center for Journalists in Washington. She was also one of the first US correspondents to helicopter into Afghanistan after 9/11. She has also reported on and in Iran consistently for the past decade, and is one of the very few foreign journalists to have visited Iran’s nuclear installations. Before joining CBS News, Palmer was the correspondent in Moscow for the Canadian Broadcasting Corporation, reporting in both English and French (1997-2000). She was correspondent for the organization’s Latin American bureau in Mexico City (1994-97). Palmer received the 1994 Science Writers of Canada Award for Best Television Documentary, the 1995 New York Television and Radio Award for Best News Feature and the 2005 Sigma Delta Chi Award for her coverage of the Beslan school hostage siege in Russia.

Zaina Erhaim is an award winning Syrian journalist working as communication manager with Institute for War and Peace Reporting. Among her awards are Couregious and Ethical journalism and Freedom of Expression from Reporters Without Boarder. Zaina trained over 100 media activists on journalism basics in Syria and contributed to three books related to women and journalism in times of conflict.