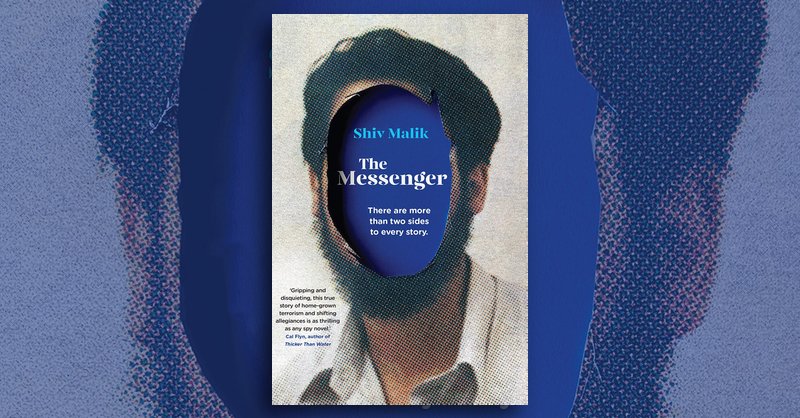 The Messenger: In Conversation with Shiv Malik

The Messenger, written by former investigative reporter Shiv Malik, tells the story of an unlikely friendship between a repentant jihadist and an idealistic journalist. This troubling real-life thriller takes us from their first meeting in the suburbs of Manchester, to a bombing in Pakistan, a dramatic arrest and Malik’s reporting career on the brink of ruin.

Ten years later, despite numerous obstacles (the book’s release was stopped by authorities in 2008 and again in 2016), Malik returns to this extraordinary tale. He asks where we can place our trust – in reams of evidence, in a government we believe is on our side, in a terrorist who swears he’s changed, in a friend who has no one else to turn to. Malik explores the uncomfortable questions about why he, as well as the wider media and the nation, surrendered to fear so easily. And he reveals how the age of terror laid the groundwork for an era of fake news and demagogues.

Malik will be joined in conversation with James Brabazon, an award-winning journalist, filmmaker and author of the critically acclaimed memoir My Friend the Mercenary.

‘Gripping and disquieting, this true story of homegrown terrorism and shifting allegiances is as thrilling as any spy novel. I devoured it in a single sitting.’ CAL FLYN

‘This book has literally kept me up at night way past bedtime… so riveting.’ KATE KILALEA

James Brabazon is an award-winning frontline journalist and documentary filmmaker. Based in London, he has travelled in over seventy countries, investigating, filming and directing in the world’s most hostile environments. His awards include the Rory Peck Trust International Impact Award, the Rory Peck Freelancer’s choice Award, the IDA Courage Under Fire Award and the FPA’s TV News Story of the Year. He has made over forty films broadcast by the BBC, Channel 4, HBO, CNN and the Discovery Channel. He lectures on the ethics and practicalities of reporting from war zones and his reportage has been published in the Observer and the Guardian. He is the author of the critically acclaimed memoir My Friend the Mercenary. He released his first novel, The Break Line, last year.

Shiv Malik is a former investigative journalist who – alongside reporting from Afghanistan and Pakistan – worked for the Guardian for five years breaking exclusive front page stories on everything from UK austerity to secret ISIS documents. He is the co-author of the 2010 cult economics book Jilted Generation and co-founder of a think-tank, the Intergenerational Foundation. He now contributes to the open source, Smart City technology project Streamr and is a regular panelist on BBC Radio 4’s The Moral Maze.