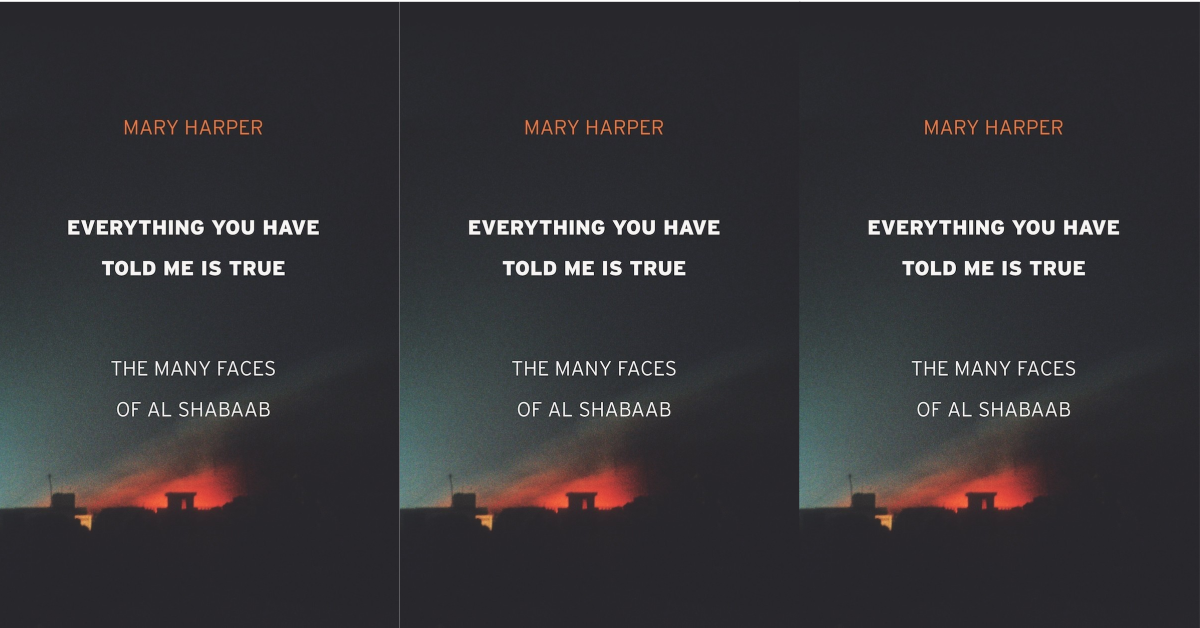 The Many Faces of Al Shabaab

BBC Africa Editor Mary Harper comes to the club to discuss her new book, Everything You Have Told Me Is True: The Many Faces Of Al Shabaab. Al Shabaab is one of the century’s most successful violent jihadist movements, ruling over millions. But what lies behind the headlines and the bloodshed? Who are Al Shabaab, and why do people join?

Reporting on Somalia for twenty-five years, Harper has gained extraordinary access to members of Al Shabaab—and, disturbingly, they in turn have access to her. Visiting areas rarely accessed by foreign journalists, Harper paints a complex picture of life for ordinary people in the group’s grip—stories of tremendous loss, unbearable compromise, and unexpected profit.

Mary Harper, the BBC Africa Editor, has reported on Africa and from its conflict zones for a quarter-century. The author of Getting Somalia Wrong?, she has served as an expert witness and advised the European Commission on the Horn of Africa, and contributes to The Times, The Guardian and The Economist.

Nuradin Aden Dirie is an independent consultant specialising in the politics of the Horn of Africa. His experience spans more than 25 years in the areas of regional politics, security, conflict resolution, humanitarian assistance, statebuilding and elections. For the past six years, Nuradin has been Special Adviser to the Special Representative of the Secretary-General of the United Nations for Somalia. In that role he was at the heart of attempts to support the establishment of a viable government as well as helping to set meaningful terms of delivery of international development support and to address the threat posed by al-Shabab.