The Tyrants and Cults Club Quiz this May with quizmaster John Sweeney.

Panorama reporter John Sweeney will test Frontline Club members on their knowledge of dictators, secret policemen, the wonderful Church of Scientology and the sinister mind-control cult ruled by lizards known as the BBC.

Teams can consist of up to six people and the entry cost is £5 per person. All money raised goes to the Frontline Fund, assisting families of fixers and support staff killed or injured while working with the international media.

This week, quiz champions will win two pairs of tickets to The Great War by Hotel Modern & Arthur Sauer as well as two tickets to The Year I Was Born by Lola Arias, both shows made the programme of the London International Festival of Theatre and will be playing at the Southbank Centre on Tuesday 24 June – Thursday 26 June. Don’t miss this great offer and book your place for the Club Quiz now! 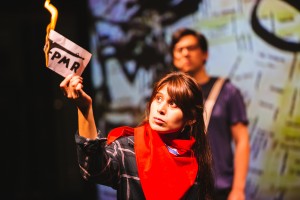 1914-1918. Millions of soldiers wrote letters to their loved ones from the trenches.
Millions died in the fire and the mud.

Using live animation and a miniature film set, Hotel Modern attempt to make these experiences tangible. The audience is witness to the reconstruction of the Western Front on a tiny scale, using soil, parsley and rusty nails.

A Foley artist provides the soundtrack to the film: a rap on the table sounds like a hand grenade exploding, the striking of a match is mustard gas being released. The Great War deftly reminds us of the horror of war and begins LIFT’s After a War programme. 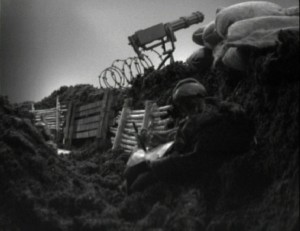 The Year I Was Born

Performers born in Pinochet’s Chile tell stories of their parents’ lives in the grip of dictatorship.

Playful and political, The year I was born gives a seldom-seen and highly personal insight into the impact of a parent’s actions. Two generations face one another in a reckoning of both the joy of childhood and the dark secrets from a bloody moment in international history.

Southbank Centre and LIFT are proud to premiere this new show from Argentinean artist Lola Arias, whose exceptional work using the stories of real people is seared with authenticity.