The Frontline Club Exhibition at the Prix Bayeux Awards 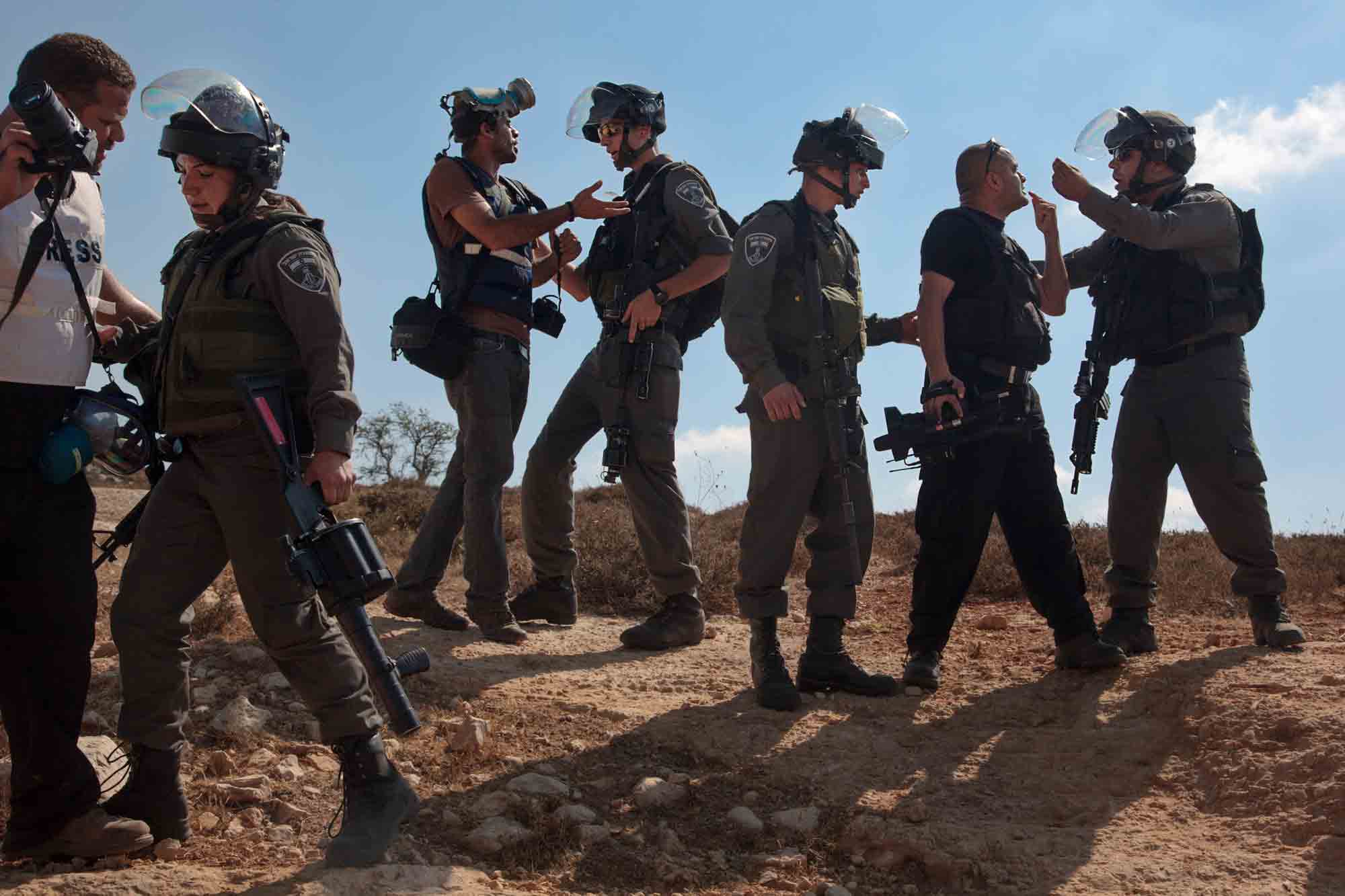 Image: July 3, 2013. Palestinian photographers are harassed by Israeli military police in the town of Beitin. Members of the press are routinely arrested by Israeli security forces at demonstrations simply for doing their jobs. © Daniel Tepper. 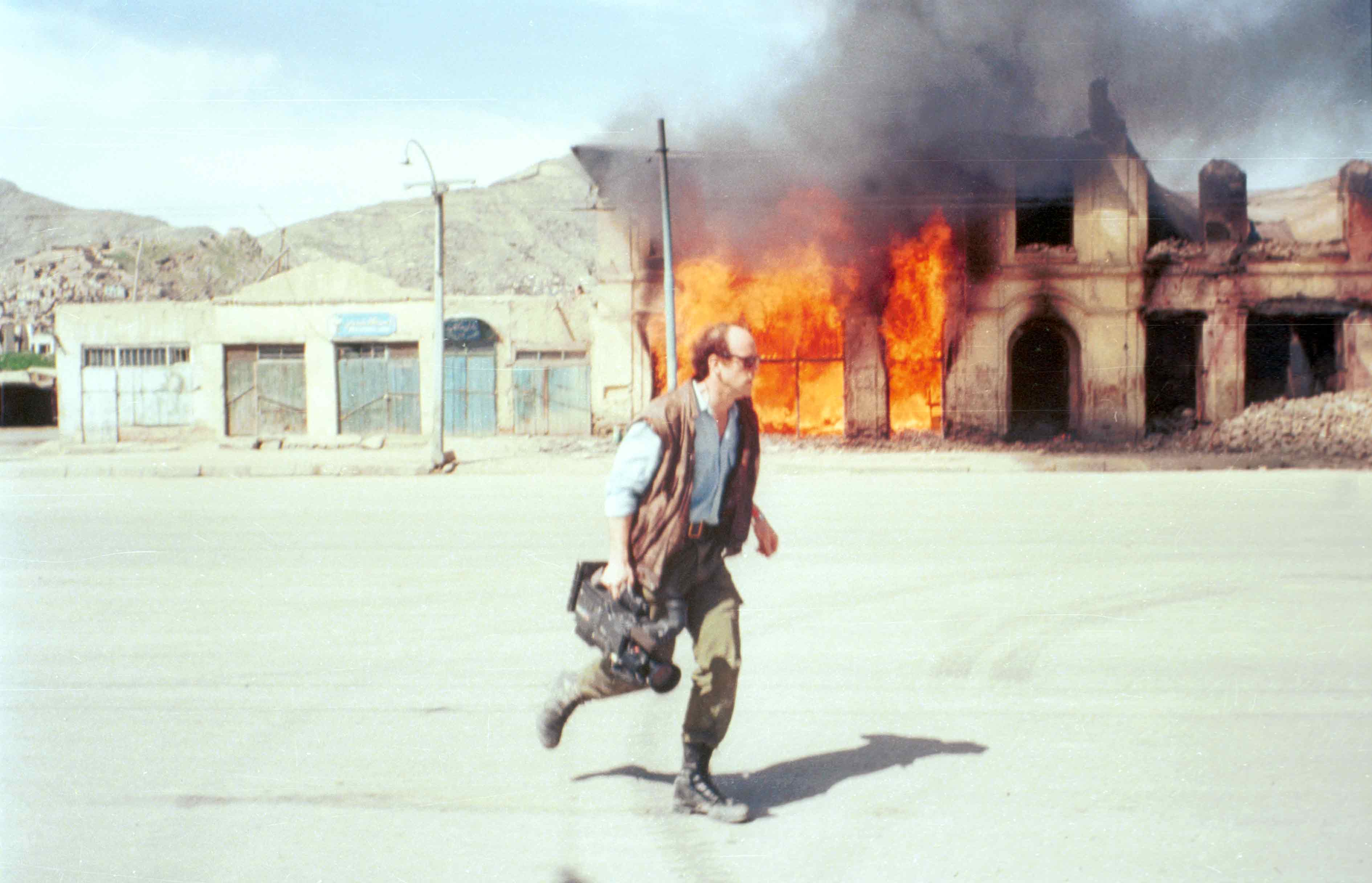 Image: 1992. Rory Peck running past a burning mosque in the area of the old British Cantonment in Kabul. A small group of journalists were following the Uzbek militia fighters of General Dostum. © Robert Nickelsberg.

The town of Bayeux in France, the first to be liberated by the allies in 1944, launched its annual awards during the 50th anniversary celebrations of D-Day in 1994. It awards prizes in four categories (written press, radio, television and photography) to journalists around the world. In 2011 Vaughan Smith, the founder of the Frontline Club, won the Grand Format Broadcast prize for his piece Blood and Dust. 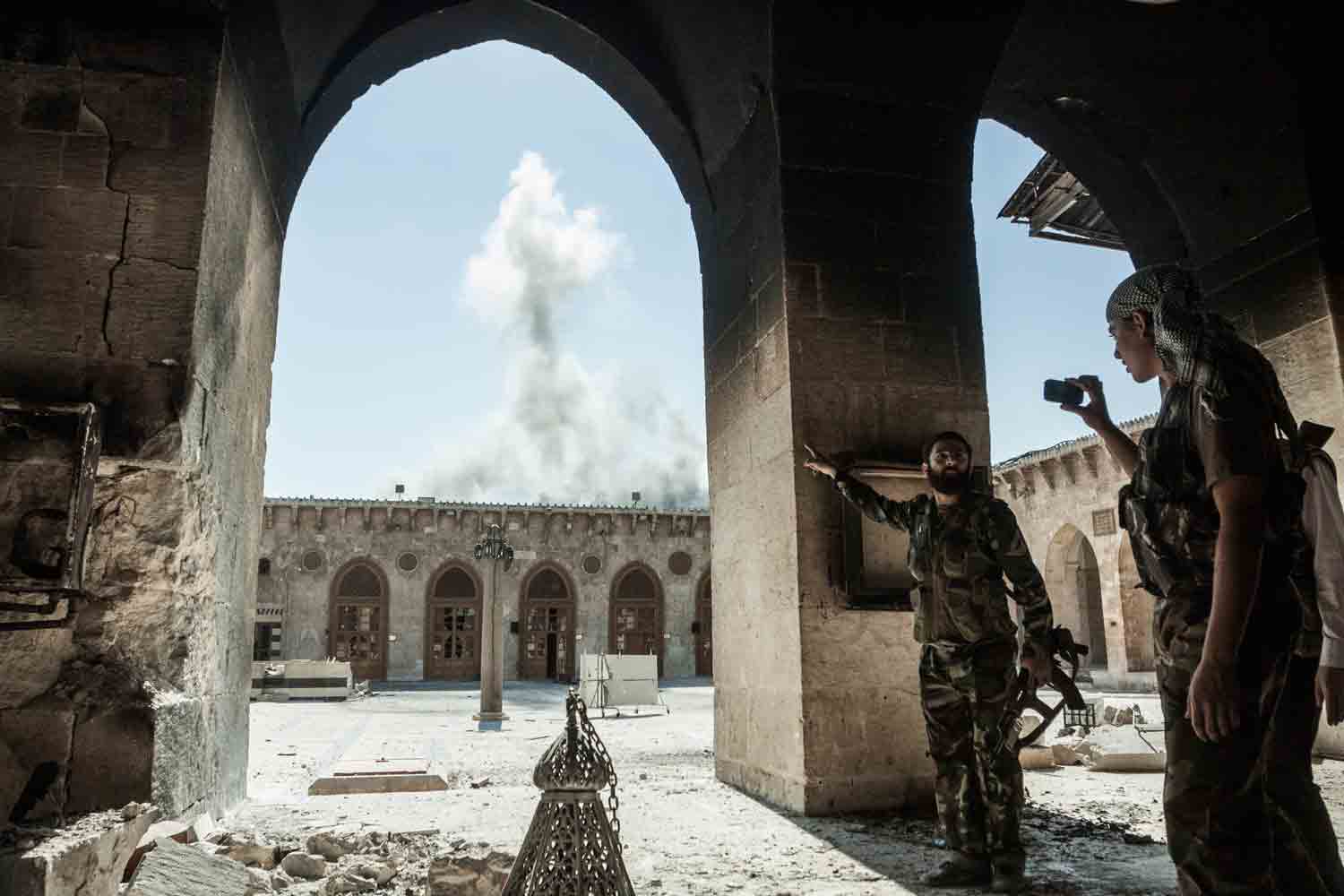 Image: October 14, 2012. A Free Syrian Army soldier poses for a picture with smoke from an explosion as a backdrop, while the Syrian army attacked the Umayyad Mosque, Aleppo. © Alice Martins. 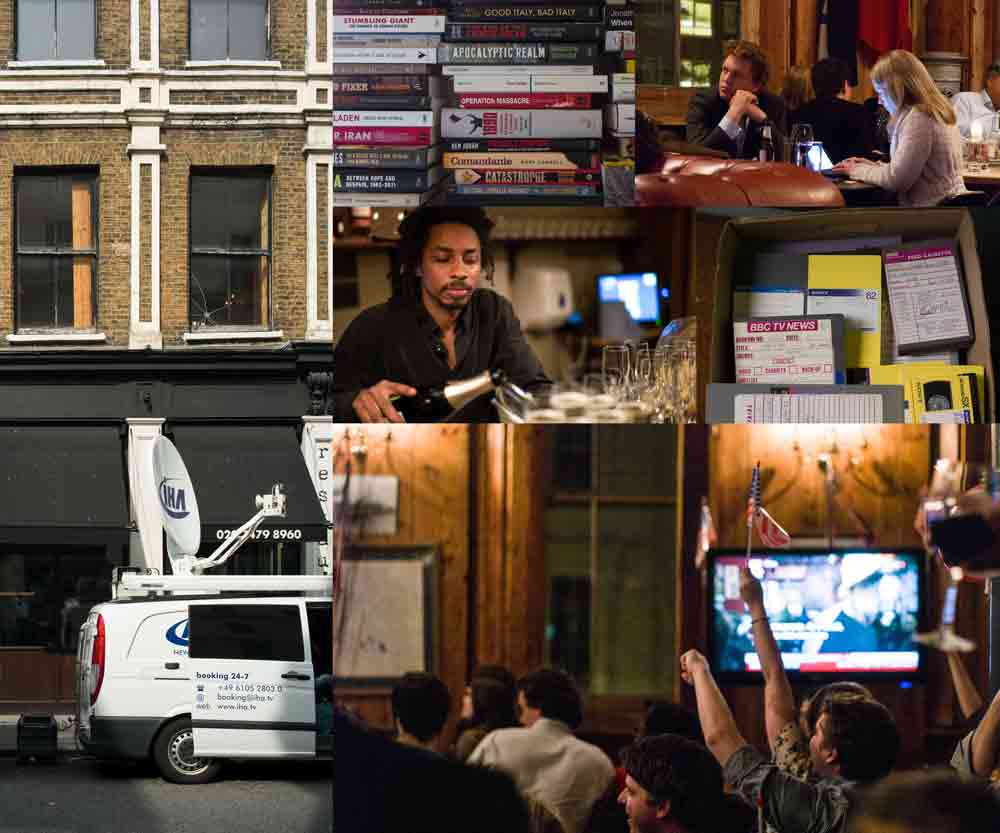 Images clockwise from left: news crews descend on the Club, which is situated opposite St Mary’s Hospital, during the birth of Prince George; books in the office; members working in the Club; tapes from the FNTV archive await digitisation; the 2012 US Election Party; Club bartender Jean-Jacques Gonfier. © Chris King.