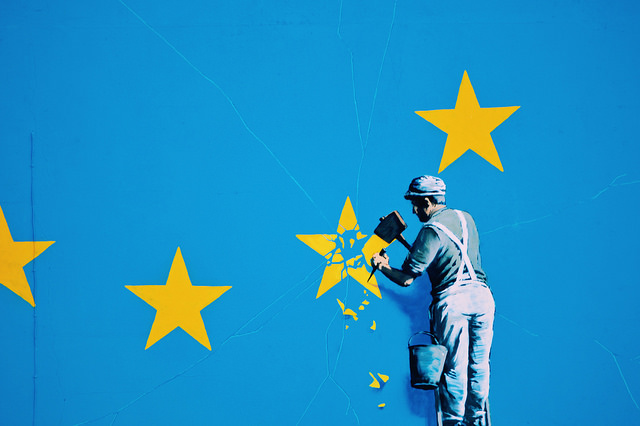 Suffering from Brexit burn-out? Fatigued by the pandemonium in parliament? Well, spare a thought for the foreign correspondents from EU member states doggedly covering the Brexit beat. They didn’t ask for this. They didn’t even get to vote in it. And yet here they are, still sitting ringside as British politics goes through the greatest turmoil we’ve seen for fifty years.

With representatives from France, Germany, Italy and Ireland, Ian Dunt will be chairing a panel to leave this shores and look at the UK’s messy breakup with the European Union from beyond our borders – and find out what our neighbours really think of Britain in these turbulent times.

Ian Dunt is editor of politics.co.uk. He specialises in issues around immigration, civil liberties, democracy, free speech and social justice and appears regularly on the BBC, Sky and Al-Jazeera as well as a variety of radio stations. He also writes lifestyle columns for other publications and websites.

Stefanie Bolzen is the UK and Ireland Correspondent for German WELT and Sunday edition WELT am Sonntag. Since 2016, a lot of her reporting has focused on Brexit and its economic implications for the European Union. Until 2013, she worked as WELT’s Europe Correspondent in Brussels, covering EU and NATO affairs. Previously, she was a foreign news reporter and editor for Die Welt in Berlin covering issues including EU enlargement, the Balkan conflicts, and energy policy.

Antonello Guerrera is UK & Ireland Correspondent for La Repubblica, a leading Italian newspaper and the most read news website in Italy. He works at La Repubblica since 2012: before becoming Ireland and UK Correspondent, he was journalist on the foreign desk. During his career, he has reported from the United States, England, Ireland, continental Europe, Chile and South Africa, covering everything from the 2017 Manchester attack to the funerals of Winnie Mandela. Before joining La Repubblica, he held positions at Il Post, Internazionale, Il Riformista and La Gazzetta dello Sport, the leading sport newspaper in Italy.

Marion Van Renterghem is a multi-award winning French reporter, very much focused on European countries. Now a free-lance journalist and an author, she worked at the daily Le Monde for some 30 years. She just finished a book on the rise of populism in Europe, to be out on May 6 in France. Her latest book, a profile of Angela Merkel, has won one of the Simone Veil Awards (dedicated to the memory of the former French minister and President of the European Parliament).