This event is in partnership with BBC Service for Afghanistan. It will be held at the Shaw Theatre, 100-110 Euston Rd, London, NW1 2AJ.

As the final stage of the withdrawal of foreign troops from Afghanistan begins, we will be bringing together leading experts to look at the country’s roadmap and the legacy of the past 12 years.

How is the transition progressing and who are the main actors? We will be examining that process and the role of parties such as the Taliban. With continuing transition of security from NATO to Afghan leadership, we ask if the Afghans are ready and able to manage their country’s security.

Finally with an election approaching in early 2014 we will be looking ahead at the political process and which figures will play leading roles in Afghanistan’s future.

Chaired by Owen Bennett-Jones, freelance journalist and a host of Newshour on the BBC World Service. As a correspondent with the BBC he has reported from over 60 countries, he is author of Pakistan: Eye of the Storm and his first novel Target Britain. He has also written for the Financial Times, The Guardian, The New Republic and the London Review of Books.

Dominic Medley was the Spokesman/Media Advisor to the NATO Senior Civilian Representative in Afghanistan from June 2010 to June 2013. He has worked in Kabul since February 2002 including two years with the UN Mission. He has been a leading figure in the development of journalism in Afghanistan and he is the author of the Kabul Guide.

Emal Pasarly is the multimedia editor for the BBC Pashto-Persian service. He was born in Northern Province of Kunduz, Afghanistan and as a result of the Russian invasion, his family migrated to neighbouring Pakistan. He moved to London in 1993 and began working with the BBC World Service in 1996. He also writes fiction in Pashto and has published two novels and four collections of short stories.

Michael Semple is a Visiting Professor at the Centre for Conflict Transformation, Queen’s University, Belfast and affiliated to the Carr Center for Human Rights Policy, Harvard Kennedy School. He conducts research on the Afghan Taliban Movement, conflict in Afghanistan and Pakistan and approaches to reconciliation. He has specialised on Afghanistan and Pakistan since 1985 and speaks Urdu, Dari and Pashto. During this period he has worked with international NGOs, the United Nations and European Union, including serving as Deputy to the European Union Special Representative for Afghanistan 2004-08. Since 2008 he has worked as a scholar and adviser, focusing on opportunities to end the conflict in Afghanistan and the region.

Martine van Bijlert is co-director and co-founder of the Afghanistan Analysts Network (AAN). She grew up in pre-revolutionary Iran and has spent large parts of her adult life working and living in Afghanistan, Iran and Pakistan. She was a student researcher in Pakistan in the early 90s, a diplomat in Tehran from 2001-2004, and an aid worker from 1997-98. She served as EU political adviser from 2004-08 and has been an independent researcher in Afghanistan since 2007.

Quhramaana Kakar is a leading figure in Afghanistan working for women’s empowerment. She has served as gender advisor for the Afghanistan Peace and Reconciliation Program (High Peace Council). She has worked for women’s social and political empowerment, and leadership development at advisory senior level positions with USAID, UNIOM and other International organisations. Kakar is the founder of the organisation Women for Peace and Participation, which works for social inclusion of Afghans, inside and outside Afghanistan. She was the young ambassador of the US main aid organisation representing refugee women and is the winner of the United Nations 2012 Role Model for Peace award. 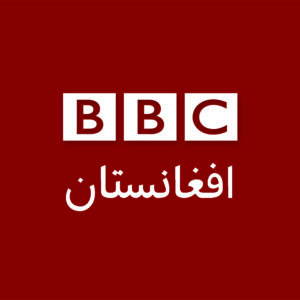