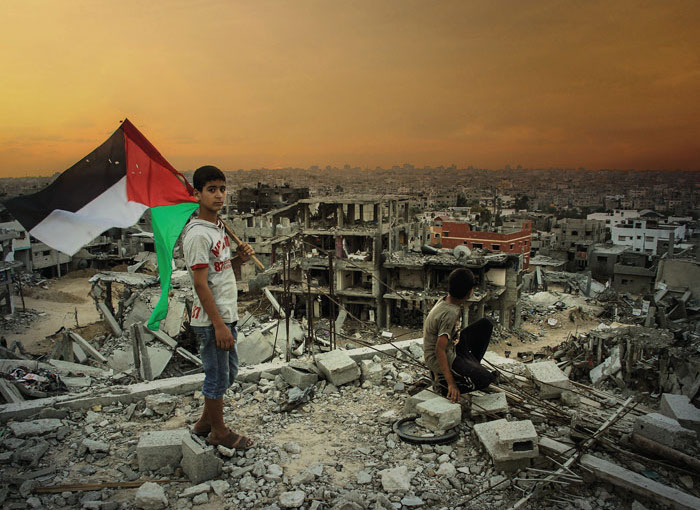 It is a year since three Israeli teenagers were kidnapped and killed, leading to the escalation in violence between Hamas and Israel that resulted in the Israeli army launching Operation Protective Edge. The air strikes and ground invasion left more than 2,000 people dead, approximately 18,000 homes were destroyed and at the height of the hostilities 500,000 Palestinians were displaced.

The scenes from Gaza and the media portrayal of events again ignited a global debate about this enduring conflict. A year has passed, the media spotlight has moved on and the people have been left to rebuild their lives, with over 100,000 still displaced.

We will be joined by a panel of journalists who were there to cover the conflict, as well as those who have been involved in the efforts to rebuild, to reflect on what happened a year ago and what life has been like since.

Chaired by Elizabeth Palmer, CBS News correspondent. She has reported on the conflicts in Afghanistan and Iraq and on politics and foreign policy in Iran, Syria and the Middle East.

Euan Crawshaw is the regional emergency manager for the Middle East at Christian Aid. After 6 years spent working on a variety of Emergency projects in East and Central Africa and the Middle East, he has been managing Christian Aids response in Gaza since December last year.

Max Blumenthal is an award-winning journalist and best-selling author whose articles and video documentaries have appeared in The New York Times, Daily Beast, The Guardian, Huffington Post, Salon, Al Jazeera English and many other publications. He is the author of Goliath: Life and Loathing in Greater Israel, Republican Gomorrah: Inside The Movement That Shattered the Party and most recently The 51 Day War: Resistance and Ruin in Gaza.

Christopher Gunness is the director of advocacy and communications at the United Nations Relief and Works Agency (UNRWA), which runs emergency and human development programmes across the Middle East. He worked at the BBC World Service covering the upheavals that ended the Cold War, including the Burmese uprising in 1988. He served as BBC UN correspondent, a BBC News reporter and a presenter on BBC World. In 2006 he was appointed head of communications in the UN’s political office in Jerusalem and a year later transferred to his current post.

Dr Toby Greene is a political analyst and writer. He is the director of research for BICOM, the deputy editor of BICOM’s Fathom journal, and a visiting scholar at Tel Aviv University where he also teaches on the Israeli-Palestinian conflict. He is author of Blair, Labour and Palestine: Conflicting Views on Middle East Peace After 9/11.