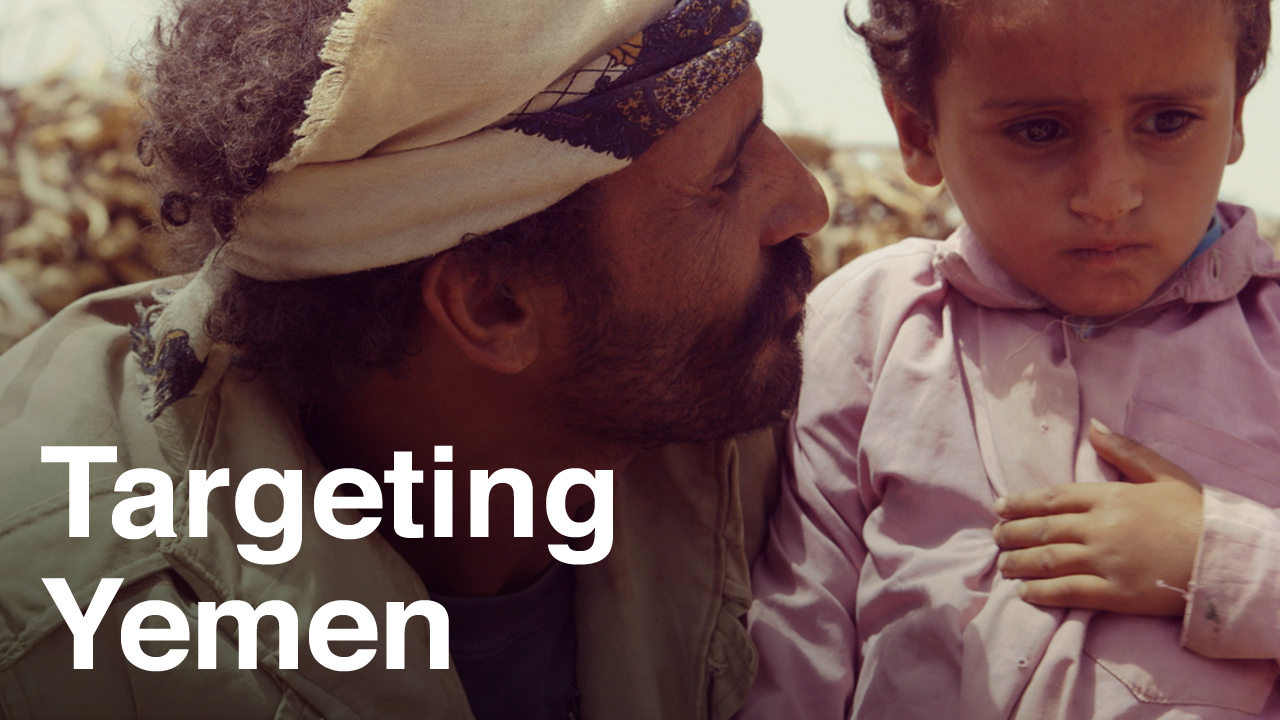 Safa Al Ahmad travelled to Yemen to investigate the escalation of US strikes against Al Qaeda. This is a campaign that has largely been fought in secret, but in January 2017 it briefly became headline news when US Special Forces raided the village of Yakla.

President Trump quoted the then Secretary of Defense, James Mattis, describing a ‘highly successful’ raid which ‘generated large amounts of vital intelligence’. Safa Al Ahmad travelled to Yemen to find out what really happened at Yakla. In the film she finds evidence of misidentified targets, civilian deaths and terrorised communities.

With unique access and tireless research, Al Ahmad shows that Al Qaeda recruitment in this region of Yemen is not necessarily driven by a desire for global jihad but by local factors, and is often a simple fight for survival.

The film finds evidence that significant numbers of Yemeni civilians have been killed. Exactly two years since the first strike on Yakla, Targeting Yemen suggests that contradictions in America’s policy towards Yemen are sabotaging its strategic aims – and have been since the start.

Christopher Mitchell became Documentaries Editor at BBC Arabic in April 2018, after two years working for the BBC as a freelance executive producer. He is an award-winning writer, director and executive producer, having made many films for networks including BBC TV, ITV, Channel 4, ARTE, WDR Germany and Al Jazeera English. He was managing director of the independent production company OR Media from 2005 until 2014.

Safa Al Ahmad is journalist and filmmaker who has directed documentaries for PBS and the BBC focusing on uprisings in the Middle East.  Her  film “Yemen Under Siege” won two Emmy Awards in 2017.  She is the winner of the 2015 Index on Censorship Freedom of Expression Award for Journalism, the El Mundo award for journalism for her body of work in 2015, Canadian Journalists for Free Expression  (CJFE) in 2015 and the Association of International Broadcasting (AIB) Best International Investigation for her film ‘Saudi’s Secret Uprising’ in 2014. Her writing on the Arab uprisings was published in an anthology ‘Writing Revolutions’ published by Penguin and won an English Pen award.

Farea Al-Muslimi is chairman and co-founder of Sanaa Center for Strategic Studies. He is also an Associate Fellow at Chatham House. He previously worked for the Carnegie Middle East Center in Beirut and Middle East  Institute in Washington, D.C. as a visiting scholar where he covered Yemen and Gulf.

In August 2016, UN Secretary General Ban-Ki Moon appointed Al-Muslimi to the Advisory Group of Experts for Progress Study on Youth, Peace and Security, a study mandated by Security Council resolution 2250 to examine the positive contribution of youth to peace processes and conflict resolution and effective responses at local, national, regional and international levels.

Al-Muslimi’s writings and analysis on Yemen and the wider region have been published in Foreign Affairs, Foreign Policy, New York Times, The National, The Independent, The Guardian, Al-Hayyat, Assafir Arabi, Al-Monitor, and many other publications.