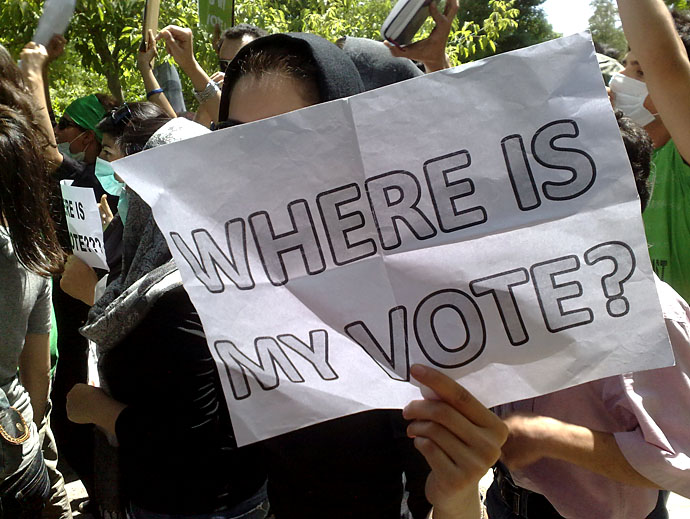 Following Friday’s disputed presidential election in Iran and clashes on the streets in Armenia’s southern neighbour which have left several people dead, Iranian students studying in Yerevan again protested outside their Embassy. Alerted to the small protest which eventually attracted about 50 people by Twitter, it also provided another opportunity to put the Nokia N82 through its paces using Twitter, Twitpic, Qik live video streaming, and standard video interviewing.

Many of the protesters were careful not to have their faces photographed out of fear of later retribution and either wore masks or hid behind some of the posters they were displaying. Some, however, did not. The protesters were eventually requested to leave by police in clear violation of the law on rallies, but said they would continue after applying for official permission.

Actually, following the dispersal of the students in contravention of the law, Daniel Ioannisyan, an Armenian political party youth activist explained the law to the police who admitted they didn’t know and instead tried to find excuses for why the gathering had to stop. I also interviewed Ioannisyan afterwards.

Interestingly, despite the significance of the developments in one of the countries bordering Armenia which have otherwise made headline news the world over, the local Armenian media was represented by just two of the country’s main online news outlets — RFE/RL and A1 Plus. There were no TV stations present. 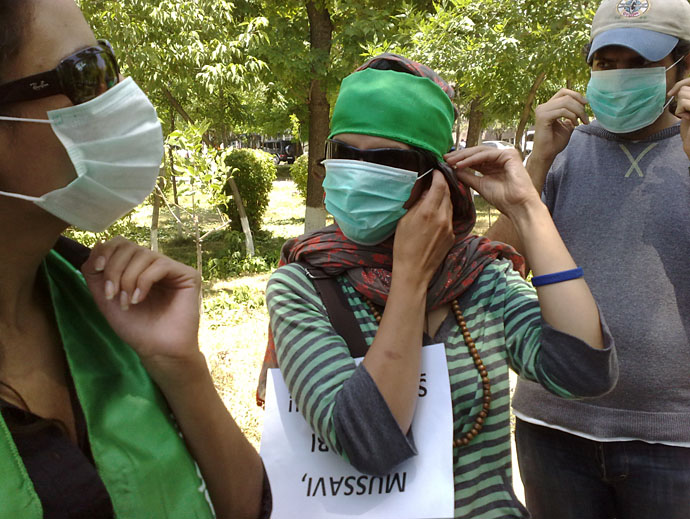 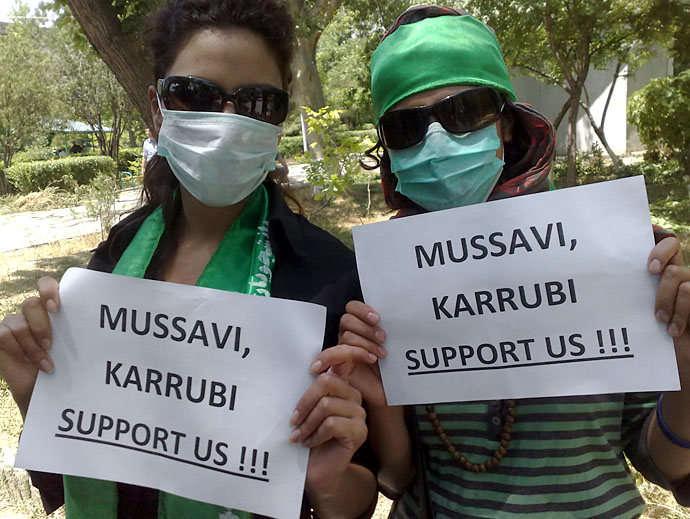 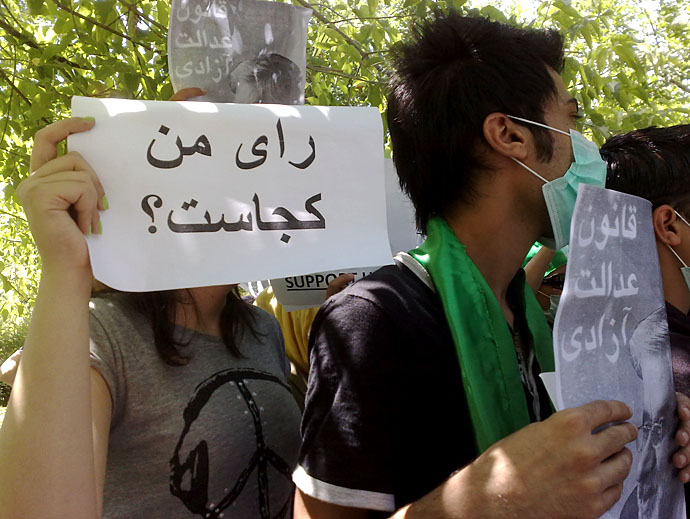