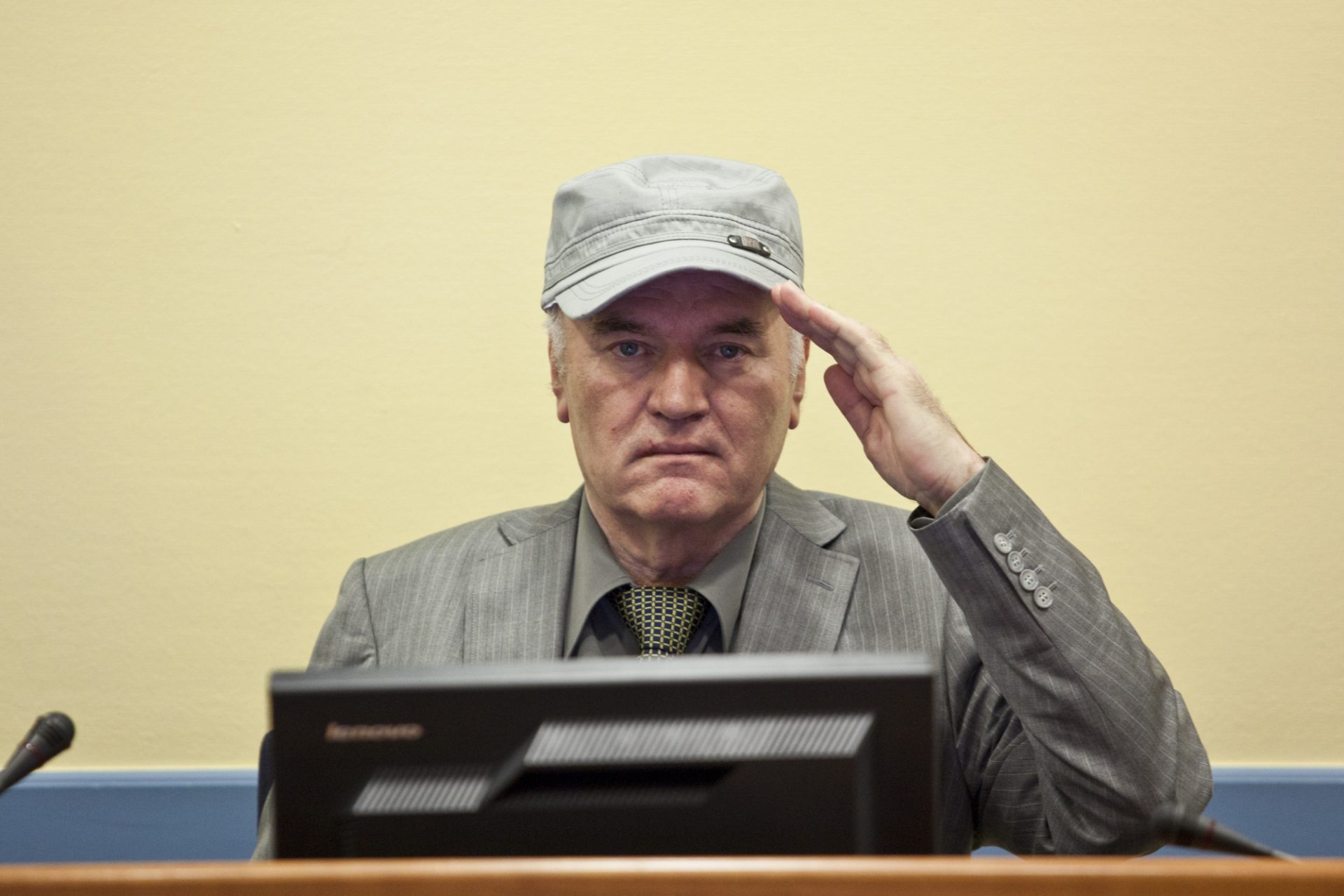 Storyville are back at the Frontline Club, for a series of pre-broadcast Sunday afternoon screenings. First up, they’re bringing The Trial of Ratko Mladic, accompanied by co-directors Henry Singer and Rob Miller.

On November 22nd 2017, the Bosnian Serb General Ratko Mladic was found guilty of genocide and crimes against humanity at the International Criminal Tribunal for The Former Yugoslavia in The Hague and sentenced to life in prison.

Mladic was one of the most infamous figures of the Bosnian war of the 1990s, synonymous with the merciless siege of Sarajevo in which 15,000 people were killed or wounded, and the murder of over 7,000 Muslim men and boys in Srebrenica in 1995 — the worst crimes in Europe since World War II.  Mladic was an active participant in these crimes – he was in Srebrenica when his Serb forces took control of the town and looked his victims in the eye and promised that no harm would come to them.

Filmed over five years, Directors Henry Singer and Rob Miller were given exclusive and unprecedented access to film behind-the-scenes with prosecution and defence lawyers in Mladic’s war crimes trial – one of the most important since Nuremberg — as well as with witnesses from both sides who came forward to give evidence.

The result is an epic story of justice, accountability and a country trying to escape from its bloody past.

Henry Singer is one of Britain’s most critically acclaimed documentary directors. He has won or been nominated for every major British documentary award, including the BAFTA, Royal Television Society, Grierson, Broadcast, Broadcasting Press Guild, the Televisual as well as the Emmy, and his films have been screened at festivals around the world.

Rob Miller began his career working for a human rights organisation before crossing over into documentary. He has over fifteen years experience of developing and producing documentaries for the BBC and Channel Four in the U.K, collaborating with Henry Singer on ‘Last Orders’, ‘On A Cold Friday in November’ and ‘The Betrayed Girls’.