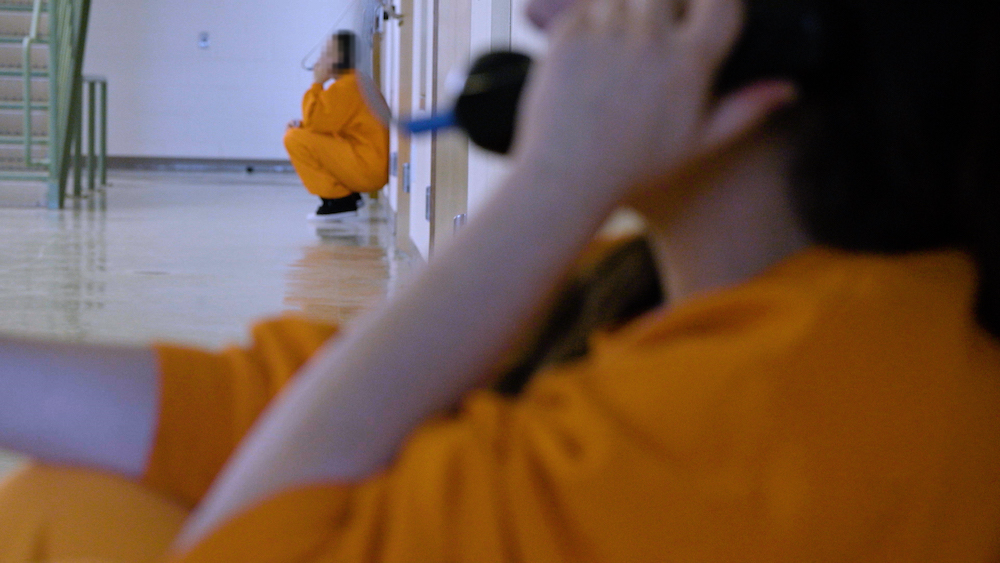 The Frontline Club brings to you the first in a series of events focusing on the global phenomenon of slavery and forced labour. There are an estimated 40.3 million people trapped in modern day slavery around the world. This series looks at the nuances of this major human rights violation, what can be done and who is involved. From slavery in the food chain, migrant workers, bonded slaves or child slavery. This series will investigate victims and perpetrators both within the UK and on an international scale.

For the first in our series we will screen The Trap, a film that explores how prisons and jails have become a recruiting ground for human traffickers in the States, taking incarcerated women into pimp-controlled prostitution. The film will serve as a platform to open up to a discussion on the phenomenon in the US as well as sex trafficking testimonies from the UK.

For the past 18 months, The Guardian has been investigating the role of the criminal justice system in feeding vulnerable women into America’s thriving domestic sex trafficking industry. With unique access in Florida, Massachusetts, and Chicago, the film follows the stories of women caught in the trap of criminal exploitation and incarceration and those trying to stop some of America’s most vulnerable women from falling under the control of human traffickers. Including encounters in Texas with convicted human traffickers and correctional officers who expose the fault lines that are allowing women to be released from prison straight into the arms of pimps and sex-buyers.

Directed and produced by: Annie Kelly and Mei-Ling McNamara

Juliana Ruhfus is an award-winning journalist, filmmaker and interactive producer.  She currently works as the the senior reporter for Al Jazeera English’s “People & Power” strand. Juliana joined Al Jazeera English in early 2006 and was part of the team that launched and defined the new channel and the People & Power strand in particular.  In November that year her film about Liberian ex-combatants was chosen to introduce the channel’s programming content the day the channel went on air. Nearly 40 films later she has gone undercover in Turkmenistan and in Cambodian orphanages, produced the five part “Corporations on Trial” series, and her two-part investigation into the trafficking of Nigerian women for the Italian sex-trade is one of the most-watched People & Power episodes ever.  In 2013 Juliana was named as one of the top 100 journalists covering armed violence by Action on Armed Violence (AOAV).

Annie Kelly  is a journalist, editor and filmmaker reporting on human rights, global development and social affairs for The Guardian and The Observer.  She is also the editor of the Guardian’s multi-award winningModern Slavery in Focus series.

Dorcas Erskine was National Coordinator of the Poppy Project and prior to that the Director of Policy, Advocacy and Programmes at ActionAid. Her background is in working as a specialist on preventing and supporting women who have experienced violence, most recently in the Middle East. She started her career in the UK parliament and in corporate firms before joining the non-profit sector. Amongst other organisations, she worked with ActionAid Tanzania, the International Rescue Committee and a charity supporting female victims of trafficking.

Hazel Thompson is an award-winning British photojournalist. In the last decade, she has taken up assignments worldwide in over 40 countries for media organisations such as The New York Times, ABC News, Stern Magazine, Vogue, FIVE News, The Sunday Times, Observer Magazine, Le Monde 2 and Politiken.  Her book ‘Taken’ is a photo documentary published in 2014 documenting Hazel’s life’s work, to investigate and expose the disturbing truth around India’s sub-culture of sex trafficking. Hazel immersed herself into Mumbai’s sex trade since 2002, and during this time she spent over 6 months living in Kamathipura, gaining unprecedented access into the second largest sex district in Asia. The result is an extraordinary glimpse into the secrets of Mumbai’s red light that reveals the moving real-life stories of girls tricked, trafficked and sold into 21st century sex slavery.