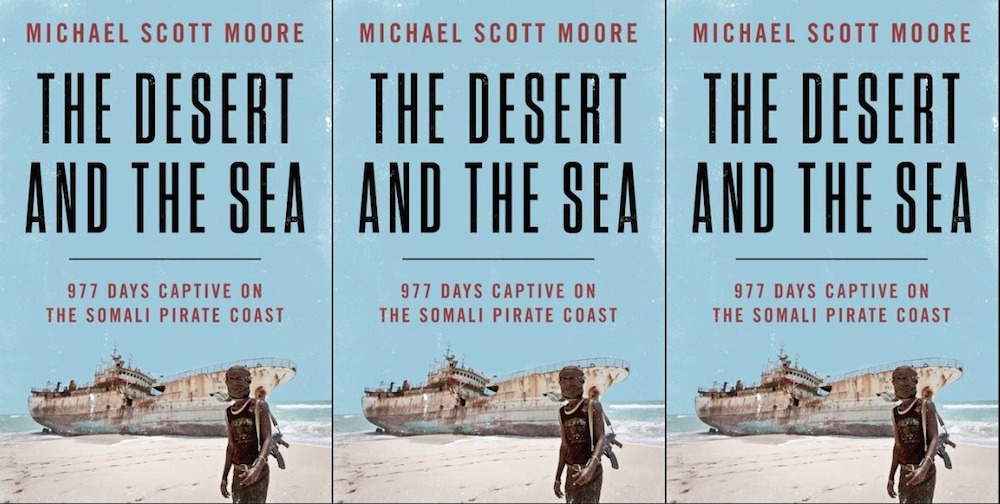 Some Myths About Somali Piracy

In early 2012, having covered a Somali pirate trial in Hamburg for Spiegel Online and with a grant from the Pulitzer Center on Crisis Reporting, journalist and author Michael Scott Moore travelled to the Horn of Africa to research a book about piracy and ways to end it. In a cruel twist of fate, the 45-year old California native (with dual German and American citizenship) was kidnapped and taken captive by pirates. Moore comes to speak for the first time about his experience of spending five months aboard a hijacked tuna long-liner—the only Western writer to experience life aboard a ship hijacked by Somali pirates. Moore weaves his own experience–including physical injury, starvation, isolation and terror–with a larger examination of the world around him. He explores the economics and history of piracy (going all the way back to America’s own colonial history), the effects of post-colonialism (Italian and British); the politics of hostage negotiation and ransom (including Moore’s mother’s role in gaining his release); the legalities of industrial fishing and the role of Islam among the pirates.

Michael Scott-Moore is an accomplished author and journalist, a former Fulbright and Logan Nonfiction fellow, and a longtime resident of Berlin, where he moved in 2005. His comic novel about L.A., Too Much of Nothing, was published to acclaim in 2003, and Sweetness and Blood, his travel book about the spread of surfing to odd corners of the world, was named a book of the year by The Economist and Popmatters in 2010. Moore has written about politics and travel for The Atlantic, Slate, Der Spiegel, Pacific Standard, Businessweek, and the Financial Times. He now lives in Los Angeles.

Ben Rawlence  is a British writer who has written two books: Radio Congo: Signals Of Hope From Africa’s Deadliest War (2012) and City of Thorns: Nine Lives in the World’s Largest Refugee Camp (2016). From 2006 to 2013 he was a researcher for Human Rights Watch’s Africa division. Rawlence has also written for The New York Times, The Guardian and London Review of Books.