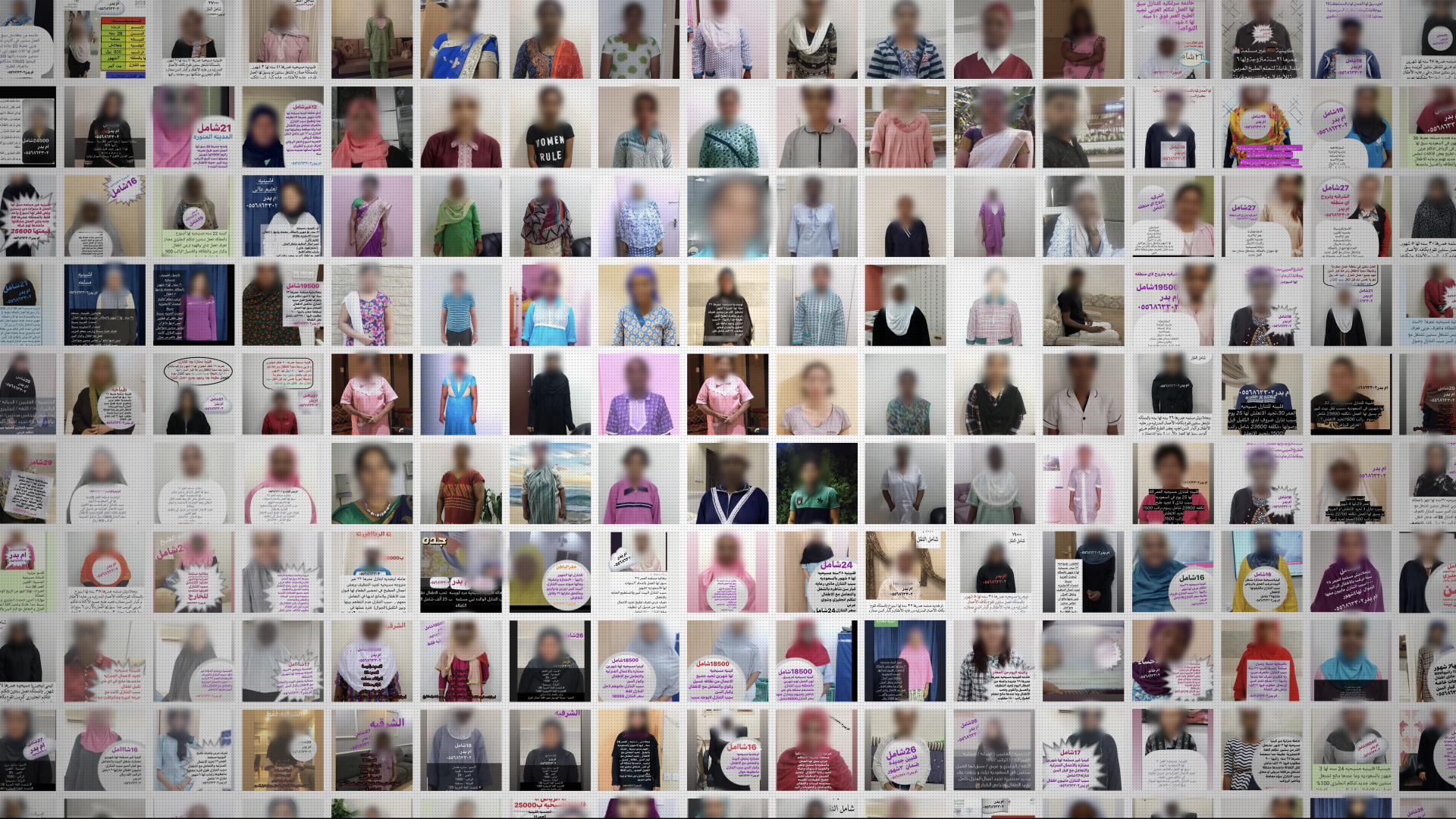 The Frontline Club host a screening and panel talk on this powerful and shocking investigation from BBC News Arabic into an online slave market enabled by the big tech companies of Silicon Valley.

Silicon Valley’s Online Slave Market reveals how Google, Apple and Facebook-owned Instagram are enabling an illegal online slave market by providing and approving apps used for the buying and selling of domestic workers in the Gulf. The film’s undercover investigation exposes app users in Kuwait breaking local and international laws on modern slavery, including a woman offering a child for sale, whose later rescue and journey back home to Guinea, West Africa, is followed in the film.

A panel follows the screening, with the film’s director Jess Kelly and producer Owen Pinnell, who will bring the story up to the present, including an update on Facebook’s efforts to tackle the problem, and the work still to be done. They are joined by Mustafa Qadri, Founder and Executive Director of Equidem Research and Consulting, a specialist human rights and labour rights investigations consultancy.

This panel will be moderated by Dr Zahera Harb, senior lecturer in International Journalism at City, University of London. Harb is co-editor of Middle East Journal of Culture and Communication, has served on the content board of UK media regulator Ofcom and she is a former broadcast journalist, presenter and producer for Lebanese media.

The investigation has so far had 4 million views online across multiple platforms, has been translated into 19 languages, and received press coverage worldwide. It has been screened in the UK Parliament and at the UN in Geneva.