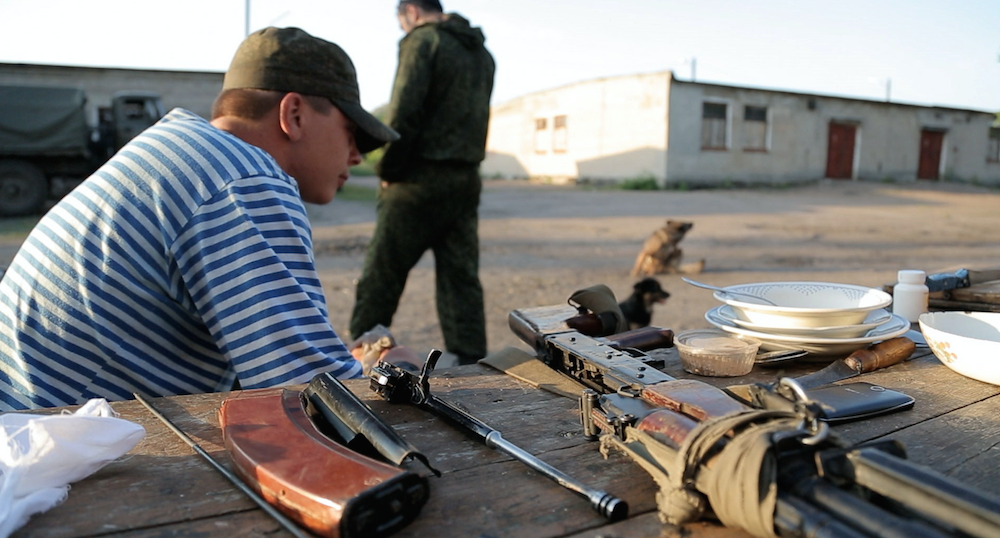 This screening will be followed by a Q&A with directors Elena Volochine and James Keogh.

Oleg’s Choice gives a unique and personal perspective to the conflict in the Ukraine. Since the summer of 2014, thousands of young Russians poured into the Donbass region of Eastern Ukraine. Driven by propaganda on Russian television, they believed they were fulfilling their patriotic duty.

Amongst the first wave of volunteers was Oleg and Max. Oleg was appointed battalion commander, while Max became a soldier. But their illusions were shattered on the night of June 3rd 2015, when a battle went horribly wrong. Oleg ended up leading many of his men to their death.

While Oleg and Max continue to fight, they discuss their motivations and share their own perspective on the conflict. Oleg’s Choice serves as a uniquely personal testimony of one side of the war rarely seen in the western media.