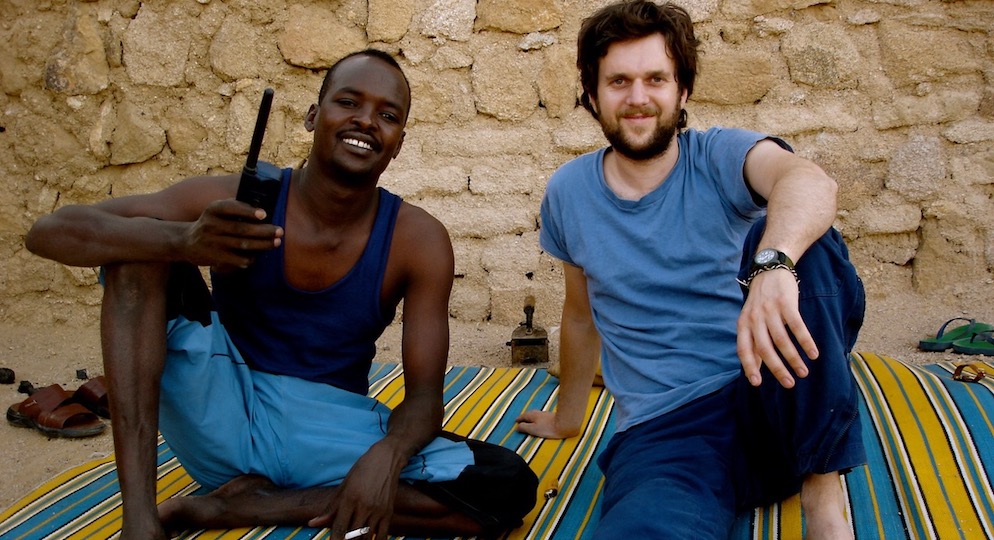 This screening will be followed by a Q&A with filmmaker Phil Cox and others.

Phil Cox was the first filmmaker to cover the Darfur conflict in 2004, winning a Rory Peck Award. In 2016 he tracked down his old friend and Darfuri fixer Daoud Hari to New York City where Daoud was driving a Yellow Cab.

With international sanctions against Sudan about to be lifted and recent allegations of chemical weapons attacks against civilians by the government, Daoud and Phil decided to go back into Darfur to investigate human rights abuses, with the support of Channel 4 News and the US online platform Field of Vision.

The Sudanese government offered a bounty for their capture and the pair eventually were kidnapped and endured 40 days imprisonment and torture in cage cells in Khartoum. Following concerted diplomatic intervention by the UK and US governments, Hari was released on 18 January 2017, followed by Cox’s release on 1 February 2017. This compelling documentary comprises footage shot during their captivity that was smuggled out of the country.

Dame Rosalind Marsden is an Associate Fellow at Chatham House. She was previously the British Ambassador to Sudan (2007-10) and the EU Special Representative for Sudan and South Sudan (2010-13)”. During her FCO career, she also served as Director-General (Asia-Pacific), Consul-General in Basra and Ambassador to Afghanistan

All attendees and members are welcome to join us for a “desperate freelancers” post-screening party in the clubroom. Drinks and music from 09:30 – 11pm

Read Phil’s article in the Guardian about it here: