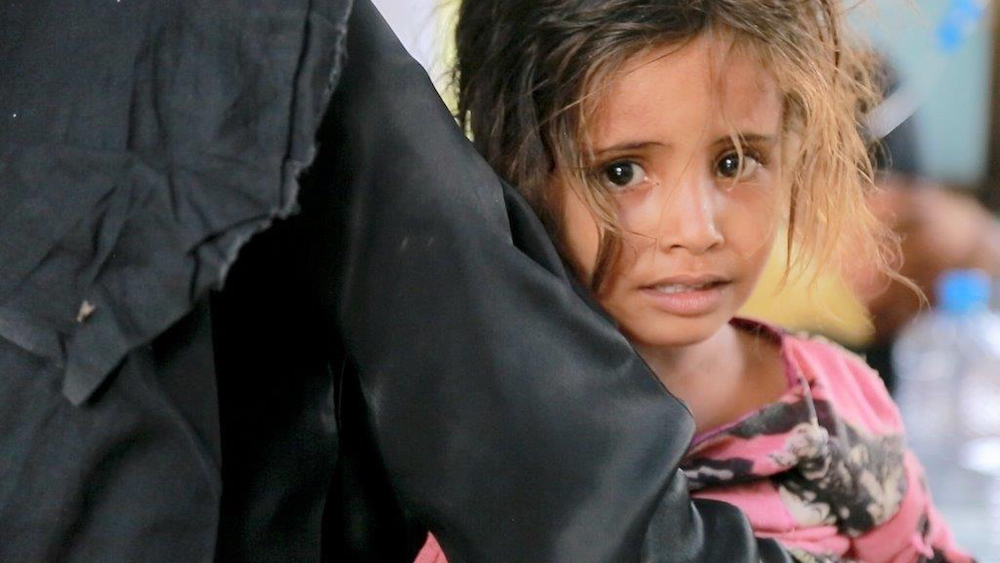 The Frontline Club will be screening a new BBC documentary on Yemen followed by a panel discussion on the ensuing crisis. Earlier this year, journalist Nawal Al-Maghafi and her team were one of the few foreign nationals who managed to enter the country, due to Saudi Arabia’s blockade on international media covering the conflict. The youngest and most vulnerable are paying a terrible price for over two years of war in Yemen. Food, medical shortages and now a deadly cholera outbreak take their toll. This is the worlds largest humanitarian crisis say the UN, with seven million people facing famine and hundreds of thousands infected with cholera. A Saudi led coalition, supported by the US and the UK, has been accused of indiscriminate bombing and blocking the delivery of food and aid in its war with Houthi rebels, who have some support from Iran. Nawal Al-Maghafi reports from Yemen on this unfolding catastrophe.

Dr Gabriele vom Bruck is a Senior Lecturer on Social Anthropology of the Middle East at SOAS university.  She has conducted extensive research in Yemen and published on elites, religious movements, consumption, gender and photography.  She is the author of Islam, Memory and Morality in Yemen (Palgrave 2005) and co-editor of The Anthropology of Names and Naming (Cambridge UP 2006).  She is currently completing a biography of a Yemeni woman.

Nawal Almaghafi is a BBC Correspondent/ filmmaker   specialised on the Middle East. She has reported extensively from Yemen, focusing on the humanitarian situation and the West’s involvement in the conflict. In her latest investigation, The Funeral Bombing, she crossed the frontline in Yemen from areas under rebel control to areas under government control to find out who was responsible for the deadliest attack in Yemen’s 21 month conflict. She was also amongst the BBC team that revealed BAE’s sales of sophisticated mass surveillance technology to repressive states in the Middle East for the BBC production: Weapons of Mass Surveillance.

Rasha Mohamed is Amnesty International’s Yemen researcher. She has gone on numerous research missions to Yemen since the armed conflict erupted in March 2015. Her focus has been primarily the range of human rights violations and international humanitarian law (“laws of war”) by all sides to the conflict. For the Saudi Arabia-led coalition, this has included documenting numerous unlawful airstrikes which have killed and injured civilians, and the use of internationally banned weapons like cluster bombs. For the Huthi armed group, it has included recruitment of child soldiers, arbitrary detentions and impeding the flow of humanitarian aid.
Outside Yemen, she has also been very active in pushing for more rigorous arms control policies to be adhered to by governments who fuel the conflict by transferring arms to Saudi Arabia and its allies. In particular, she has been involved in work to lobby the Brazilian, US and UK governments over their arms supplies to the coalition, and her research formed the basis of Amnesty International’s intervention in a current UK High Court Judicial Review of the UK government’s arms transfers to Saudi Arabia.

Dr Glen Rangwala is a lecturer at Trinity College, Cambridge. Trained in political theory and international law, he completed a doctorate on political and legal rhetoric in the Arab Middle East. His focus on the politics of the modern Middle East, especially the Levant (including Lebanon, Syria, Israel, Palestine) and the northern Gulf region are on the forms of political debate in these regions; and the character of the state and state-building processes. He work also includes theories of contemporary conflict, particularly the political economy of modern war.