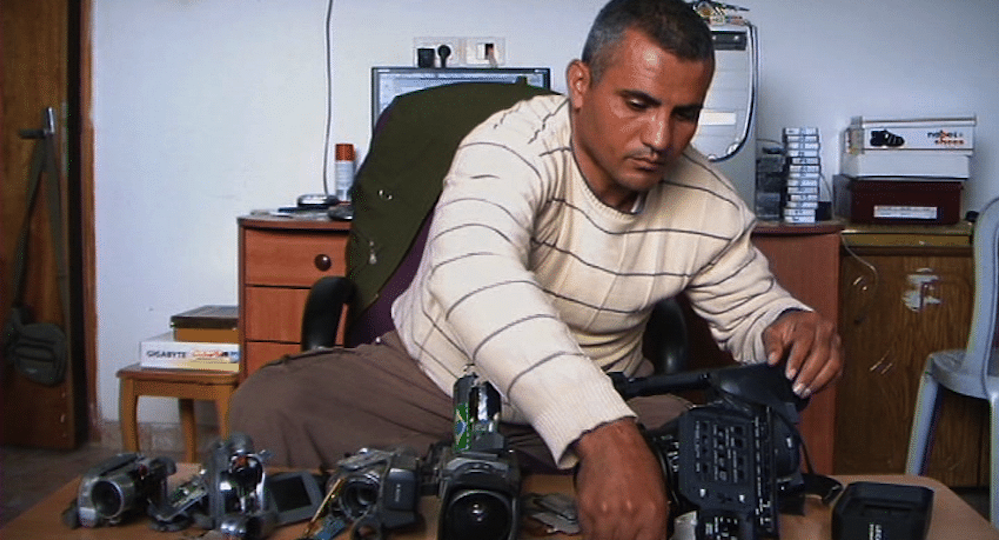 We are delighted to present a screening of 5 Broken Cameras, followed by a Q&A with director Emad Burnat. Since its release in 2011, Five Broken Cameras has received more than 40 awards worldwide and was nominated to the 85th Academy Award for Best Feature Documentary.

Filmed from the perspective of Palestinian farmer Emad Burnat, Five Broken Cameras was shot using six different video cameras – five of which were destroyed in the process of documenting Emad’s family’s life as well as Palestinian and International resistance to Israeli appropriation of land and occupation.

Emad, who lives just west of the city of Ramallah in the West Bank, was thrust into global politics when his community peacefully resisted Israeli plans to erect a wall through their land to separate them from the ever growing Israeli settlements. Initially given the camera to chronicle the birth and childhood of his son Gibreel, the film captures Gibreel growing into a precocious preschooler against the backdrop of the many non-violent protests that have become an intrinsic part of life in Bil’in.