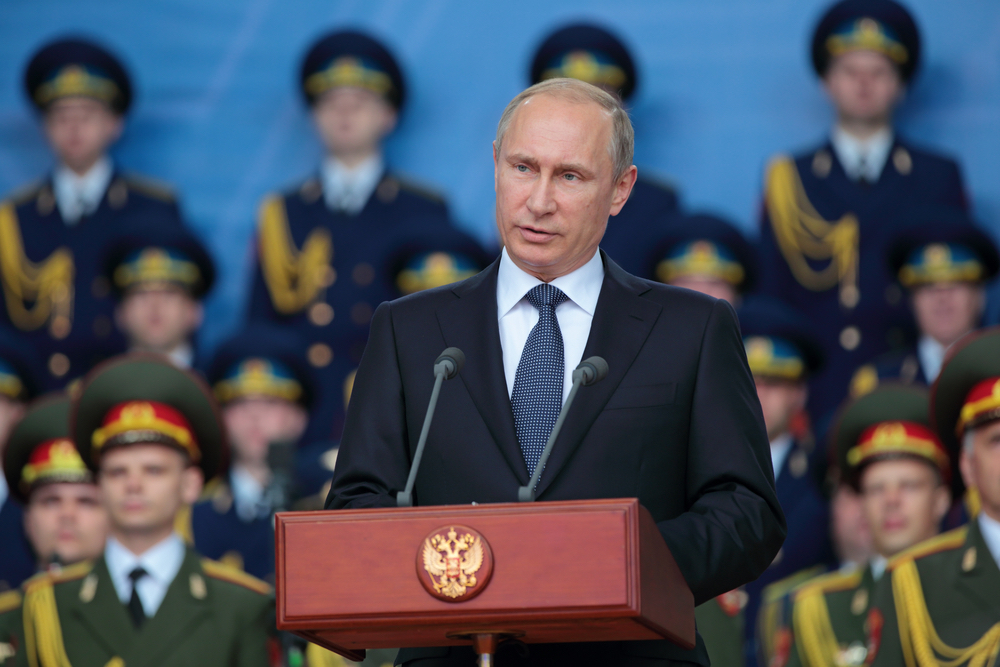 Russian Elections: What’s Next for Putin

Vladimir Putin: is this his last lap at last?

Vladimir Putin seeks re-election on March 18 and there isn’t much doubt about the outcome. The question now is what he’ll do in his fourth term as Russian president.

Putin has put Russia at the centre of world attention. Thanks to his intervention in Syria, his invasion of Ukraine, and his hacking of the US election, he is at the eye of a raging storm of controversy that has inspired millions of words of often fevered, and occasionally deranged commentary. The Russian constitution requires that he stands down after this term: will he be a lame duck? Or can the great tactician find a way to stay in control?

The Frontline Club has gathered three of the coolest observers of the Russian political scene to dissect Putin’s past and future, and to ask what will happen now for the world’s largest country.

Oliver Bullough, host of the Frontline Club’s popular Kleptoscope series and himself a former Moscow correspondent.

Ellen Barry reported from Moscow for the New York Times between 2008 and 2013, the last two years as bureau chief, winning a Pulitzer Prize. She is now an International Correspondent at the paper’s London bureau.

Arkady Ostrovsky is Russia and Eastern Europe editor at The Economist, which he joined in 2007 as Moscow bureau chief after a decade as a Moscow correspondent at the Financial Times. His book The Invention of Russia won the 2016 Orwell Prize.

Shaun Walker is the outgoing Moscow correspondent for the Guardian, having previously reported for The Independent from Russia. He has distilled his experiences into his newly-published The Long Hangover, which analyses how Putin has exploited the past to cement his hold on Russia’s future.

Copies of The Long Hangover will be for sale at the event.