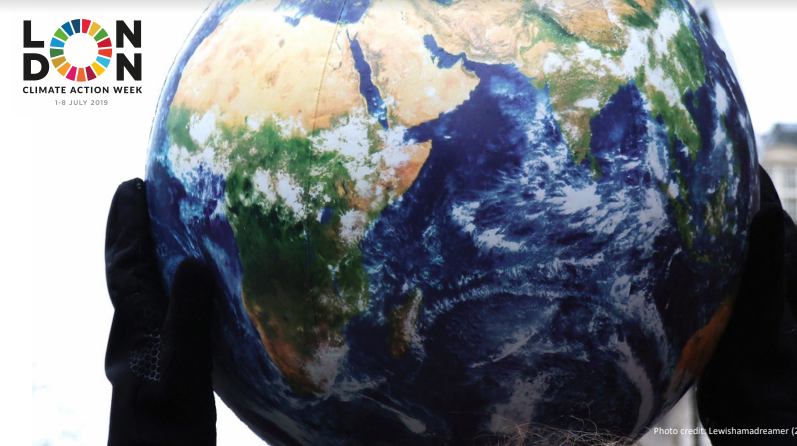 Join us ahead of London Climate Action Week, as we bring together leading reporters and commissioning editors to ask: is the UK media establishment getting climate reporting right?

In October 2018 IPCC findings in the ‘Special Report on Global Warming of 1.5 C’ placed in stark terms the emergency facing the planet. Campaigners have followed with eye-grabbing protest movements and high-profile wildlife documentaries, attempting to keep the ‘climate emergency’ on the political agenda for good. The government is legislating a Net Zero target for 2050 and Parliament has declared a Climate Emergency.

How are newsmakers responding? Is enough being done by key media outlets to hold corporations – and governments – to account? And should they be doing more to inform the public of the severity of the global challenges in the face of a rapidly changing climate?

This timely debate will help frame conversations in the run-up to London Climate Action Week, held in partnership with the Mayor of London in July. Chair Lucy Siegle will be joined in conversation with Nina Chestney from Reuters, Alex Kirby of Climate News Network and Leo Hickman of Carbon Brief. London Climate Action Week founder and economist, Nick Mabey, will be on hand to add insights on political and economic dynamics.

Presenter for BBC’s ‘One Show’ and columnist for the Observer, Lucy Siegle has focussed on social and environmental justice in her reporting for a number of years. She has extensive experience in humanizing environmental science, from climate change to consumer energy use. In 2004, Lucy created the paper’s Observer Ethical Awards (OEAs), dubbed the Green Oscars, which have been running for over eight years. She is a regular columnist for the Observer and contributes to Radio 4’s ‘Today Programme’.

Nina Chestney is the head of Power, Gas, Coal and Carbon markets for the EMEA region at Reuters news agency, in charge of a team of journalists. She has covered climate change issues for over a decade and is a regular attendee at UN climate talks. Her focus is on the financial impact, risks and opportunities of climate change – for markets, investors, companies and for citizens around the world. Nina has a postgraduate degree in journalism and a first class honours degree in Russian and Italian. She has worked in Belgium, Russia, Italy and Japan and speaks several languages.

Alex Kirby is a former BBC journalist. He was a duty editor in the BBC World Service newsroom, Maghreb correspondent based in Algeria in 1984/85, and acting Cairo bureau chief in 1986. In 1987 he became environment correspondent for BBC Radio (and later TV) News and then for the BBC News website. In 2005 he left the BBC to freelance. With three former print colleagues he launched the Climate News Network in 2013. He was environment journalist of the year in the 2017 UK regional press awards.

Leo Hickman is director and editor of Carbon Brief. He previously worked for 16 years as a journalist, editor and author at the Guardian newspaper. Before joining Carbon Brief, Hickman was WWF-UK’s chief advisor on climate change. In 2013, he was awarded an honorary doctorate by the University of Exeter in recognition of his journalism. His books include A Life Stripped Bare, The Final Call and Will Jellyfish Rule the World?