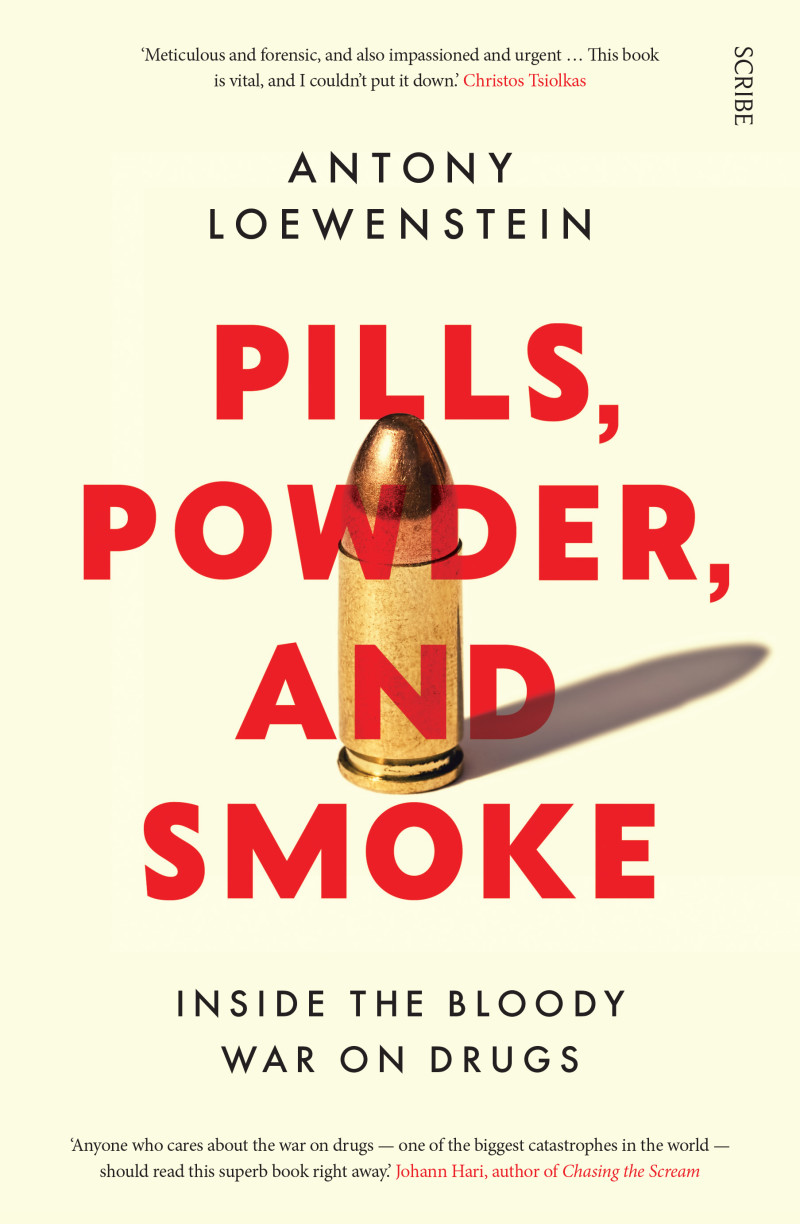 The War on Drugs has been official US policy since the 1970s, with the UK, Europe and much of the world following suit. Its direct results have included mass incarceration in the US, extreme violence in different parts of the world, the backing of dictatorships, and surging drug addiction globally. Now the Trump administration is unleashing diplomatic & military forces against any softening of the conflict.

Best-selling author and journalist Antony Loewenstein will be at The Frontline Club to discuss Pills, Powder, and Smoke, his in-depth investigation of the individuals, officials, activists, victims, DEA agents, and traffickers caught up in this deadly war. Travelling through the UK, the US, Australia, Honduras, the Philippines, and Guinea-Bissau, he uncovers the secrets of the drug war, why it’s so hard to end, and who is really profiting from it. BBC Newsnight International Editor, Gabriel Gatehouse, chairs the discussion.

Antony Loewenstein is a Jerusalem-based Australian journalist who has written for The New York Times, The Guardian, the BBC, The Washington Post, The Nation, Huffington Post, Haaretz, and many others. He is the author of Disaster Capitalism: making a killing out of catastrophe; the writer/co-producer of the associated documentary, Disaster Capitalism; and the co-director of an Al-Jazeera English film on the opioid drug tramadol. His other books include My Israel Question, The Blogging Revolution, and Profits of Doom, and he is the co-editor of the books Left Turn and After Zionism, and is a contributor to For God’s Sake.

Gabriel Gatehouse is a BBC foreign correspondent. His previous beats include East Africa, Iraq, and Russia/Ukraine. He is currently Newsnight’s International Editor.