Photographing the G20: A tough day at the office 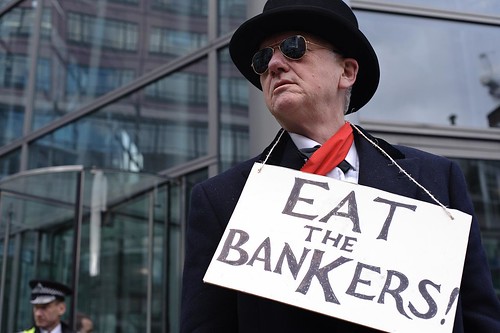 The furore over police attitudes to protesters and police during the G20 protests in London at the start of this month rages on, with clear sides beginning to emerge in the debate.

If the police had hoped the focus on their tactics would abate as the dust settled on the protests, the death of Ian Tomlinson and the almost daily emergence of videos showing the rough treatment of journalists and photographers has hasd the exact opposite effect.

Two journalists whose work documenting protest I highlighted here before the protests, photographer Marc Vallee and film-maker Jason N Parkinson, are at the forefront of the evidence-gathering.

Several of Parkinson’s videos have been published by The Guardian online. While he put himself into the melee to document the protest, the strict policing meant he also came away with plenty of footage of police advancing on the assembled press, with occasionally violent results.

Read the rest of this post on Adam’s blog.