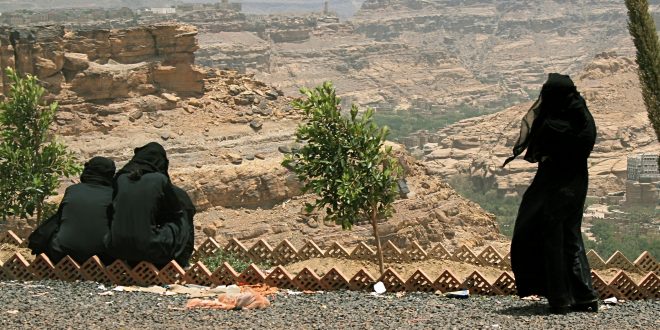 Our Women On The Ground

A growing number of intrepid Arab and Middle Eastern sahafiyat—female journalists—are working tirelessly to shape nuanced narratives about their changing homelands, often risking their lives on the front lines of war. From sexual harassment on the streets of Cairo to the difficulty of traveling without a male relative in Yemen, their challenges are unique—as are their advantages, such as being able to speak candidly with other women at a Syrian medical clinic or with men on Whatsapp who will go on to become ISIS fighters, rebels, or pro-regime soldiers.

These women have worked tirelessly to report nuanced narratives of regions of the world which are often misunderstood.

Hear from Zahra and one of the collection’s contributors, Zaina Erhaim, as she discusses her varied and extraordinary experiences reporting from the Arab world, including covering the Arab Spring and the front lines of war, navigating identity and heritage when the personal becomes political, and grappling with the realities of being a women in their field. Moderated by Clarissa Ward of CNN.

Zahra Hankir is an award-winning Lebanese-British journalist who writes about the intersection of politics, culture, and society in the Middle East. Her work has appeared in Vice, BBC News, Al Jazeera English, Businessweek, Roads & Kingdoms, and Literary Hub, among others. She was awarded a Jack R. Howard Fellowship in International Journalism to attend the Columbia Journalism School and holds degrees in politics and Middle Eastern studies. Our Women on the Ground is her first book.

Zaina Erhaim is a Syrian journalist and media specialist. She received the first Women Rebels Against War: Anita Augspurg Award as well as the Peter Mackler Award for Courageous and Ethical Journalism, and was named journalist of the year by Reporters Without Borders in 2015. Her reporting has also earned her recognition from the Index on Censorship, Thomson Reuters, and Arabian Business magazine, which has listed her as one of the Arab world’s most powerful women. Erhaim has directed two series of short films focusing on the experiences of women during war. She currently resides in London, where she is a Ph.D. candidate for media and gender studies at City University.

Clarissa Ward is CNN’s chief international correspondent based in London. For more than 15 years Ward has reported from front lines across the world from Syria, Iraq, Afghanistan and Yemen to Ukraine to Georgia — during the Russian incursion in 2008 — and Iran. She is the author of the upcoming book, ‘On All Fronts: The Education of a Journalist’ (Penguin Press), that details her singular career as a conflict reporter and how she has documented the violent remaking of the world from close range. Most recently Ward contributed to CNN’s breaking news coverage of the crisis between the US and Iran, tracking the story from the US, Iraq — including the site of an Iranian missile attack — and Ukraine with every major development.