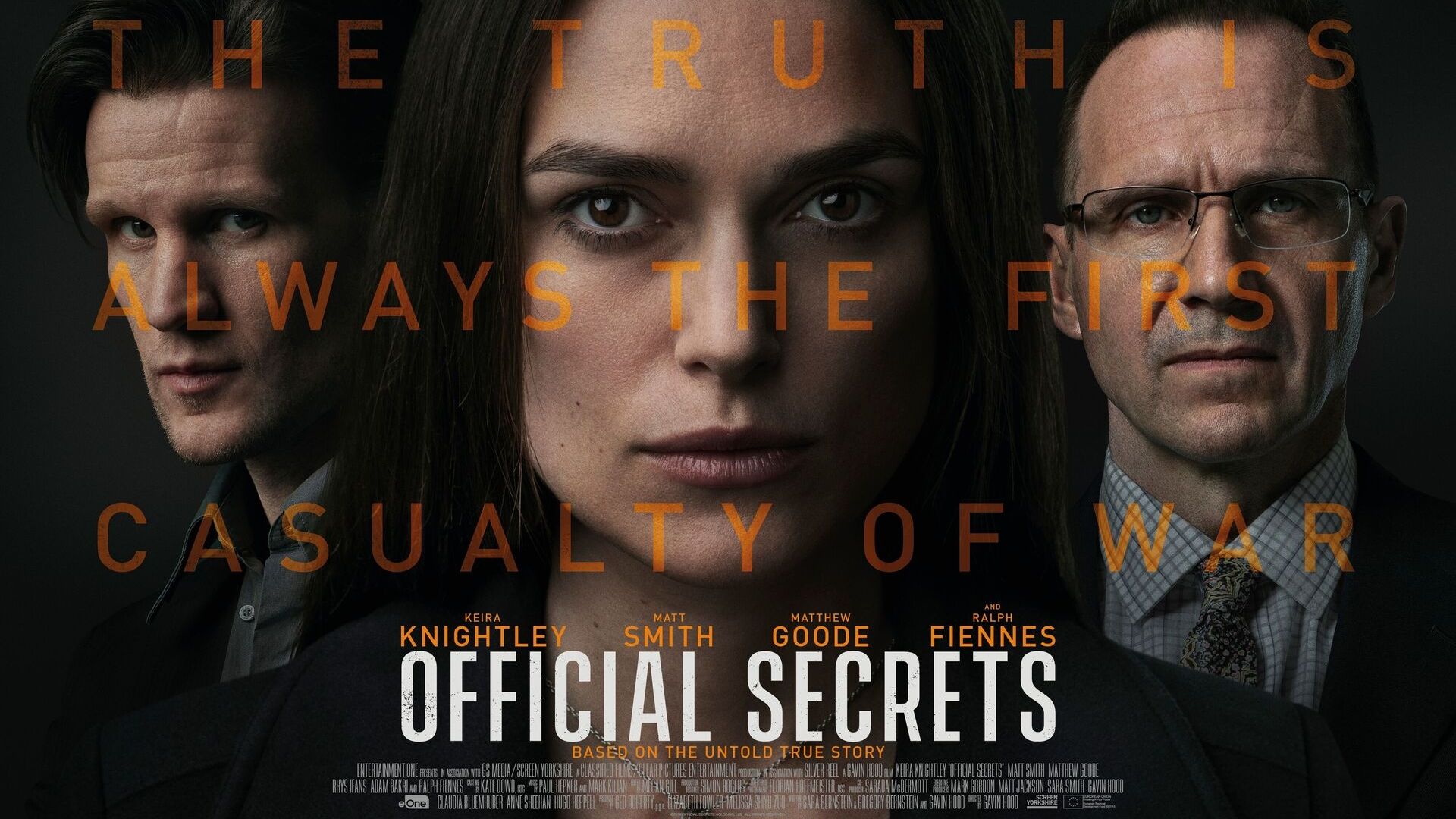 Ahead of its UK release on 18th October, Frontline Club members are invited to an exclusive preview screening of new feature film OFFICIAL SECRETS  at The May Fair Hotel on Wednesday 16th October (7pm).

OFFICIAL SECRETS is based on the true story of Katharine Gun, a British whistleblower who leaked information to the press about an illegal NSA spy operation designed to push the UN Security Council into sanctioning the 2003 invasion of Iraq. The Observer newspaper later broke the story and Gun was subsequently arrested and charged under the Official Secrets Act, sparking a public outcry.

The screening will be followed by a Q&A with the people behind the true story, Katharine Gun and journalist Martin Bright, as well as the film’s director Gavin Hood. It will be moderated by FT film journalist Danny Leigh.

Complimentary drinks will be available from 7pm before the screening starts at 7:30pm.