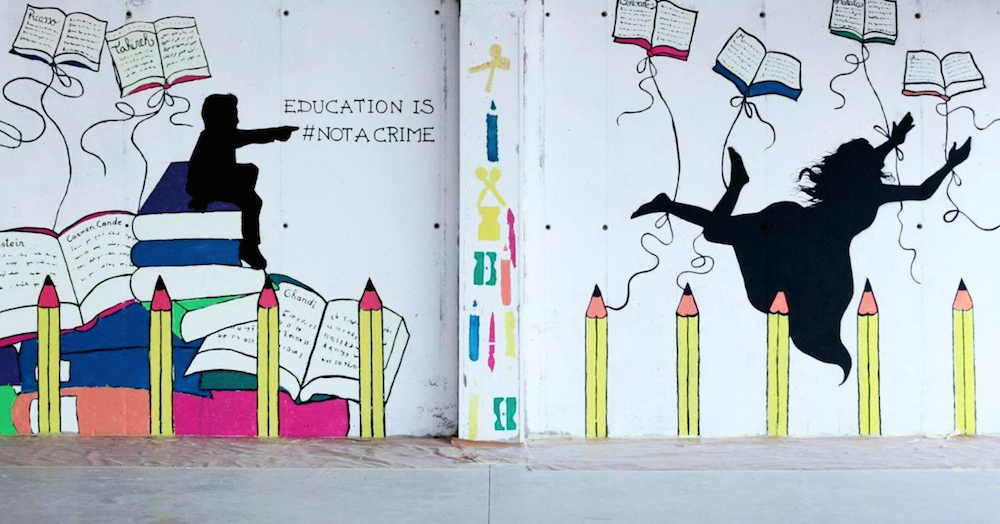 This screening will be followed by a discussion with journalist and filmmaker Maziar Bahari and spokesperson for Baha’is of the UK Padideh Sabeti, moderated by former Time magazine Middle East correspondent Azadeh Moaveni.

To Light A Candle is a film by journalist Maziar Bahari, author of Then They Came for Me, focusing on the Baha’is of Iran and their peaceful response to decades of state-sponsored persecution. The Baha’is are Iran’s largest religious minority. Persecuted because of their faith, they are barred from teaching and studying at University. The Baha’i Institute for Higher Education (BIHE) was established in 1987 to give young Baha’is a chance to pursue knowledge and receive a quality education.

The informal courses take place in people’s homes, via mail correspondence and online lectures. The Iranian government regularly raids BIHE classes and arrests its students. Hundreds of Baha’is have been jailed for teaching and studying the BIHE. Yet, the BIHE continues to function and now 79 Universities around the world accept qualifications from the BIHE.

To Light A Candle offers a hopeful story of the BIHE and Iran, highlighting a paradigm shift in Iranian society where influential political and cultural figures are beginning to speak out about the situation of the Baha’is. In 2015 the film sparked the global Education Is Not A Crime campaign for universal access to higher education.

#NotACrime works to stop the human rights abuse of Iranian Baha’is and encourages universities around the world to admit Iranian Baha’i students. Maziar Bahari, a former Newsweek journalist who was jailed in Iran and became the subject of Jon Stewart’s film Rosewater, started the initiative.

Iran’s Baha’is are the country’s largest religious minority. Baha’is are frequently jailed on false charges and denied access to higher education. Thousands of Baha’is are currently studying through an underground education system known as the Baha’i Institute for Higher Education (BIHE).

#NotACrime began in New York City in September 2015 with 11 murals on education equality and freedom of expression across the city, attracting international media attention. Leading street artists from around the world painted artworks designed to provoke conversation about the Iranian government’s long history of violating the human rights of its citizens. The campaign has spread to Rio de Janeiro and Brasilia, Cape Town and Johannesburg, and Sydney. Nearly 100 universities – including several in the United Kingdom, such as University College London and the University of Manchester – currently accept the BIHE certificate.

Azadeh Moaveni is a journalist and writer who has covered the Middle East since 2000. She was Middle East correspondent for Time magazine, and is the author of Lipstick Jihad and Honeymoon in Tehran. She is lecturer in journalism at Kingston University and is working on a book about women and radicalisation.